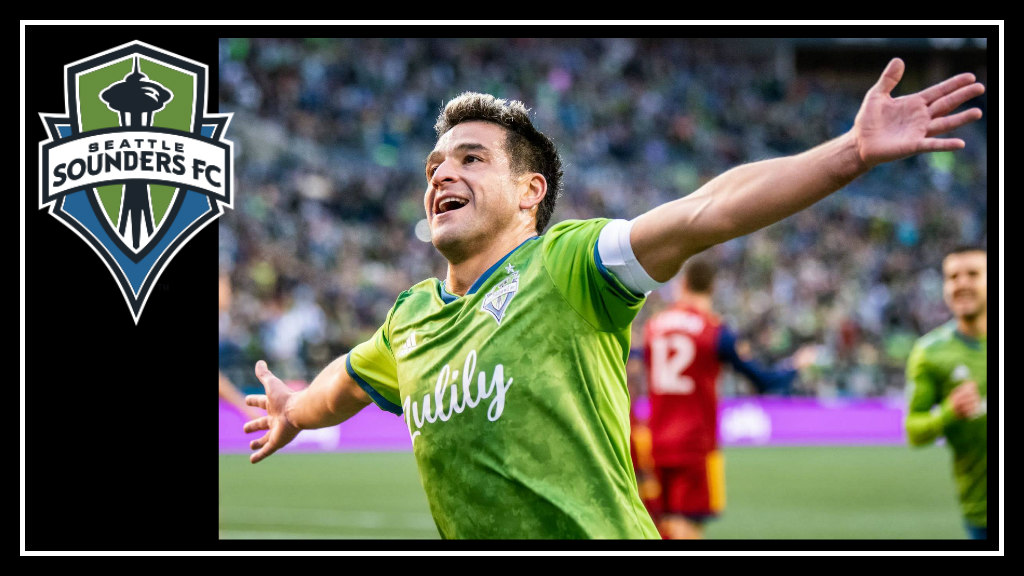 It was El Capitan to the rescue once again in Seattle. Nicolas Lodeiro bagged the only goal of the game early in the first half to give the Seattle Sounders a 1-0 win at home over Western Conference rival, Real Salt Lake.

The Sounders started the game with a lineup adjustment as Raul Ruidiaz was held out of the 18 due to a knock he sustained in the Vancouver game the previous week. Ruidiaz had been limited in training and head coach Brian Schmetzer had stated he would be a game-time decision. However, with 3 games on the schedule in only a 6-day span, Ruidiaz clearly needed the rest.

MLS veteran (and new dad!) Will Bruin replaced Ruidiaz; he put in a solid shift frustrating the RSL defenders and contributing great give-and-go plays with his teammates.

After again pressuring heavily from kick-off—a season staple so far for the Sounders—both Jordan Morris and Victor Rodriguez had good looks at goal early. Appeals for a penalty
were shouted in the 10th minute after Rodriguez was taken down heavily, but referee Nima Saghafi would not be swayed.

After 18 minutes of consistent attacking, it was the captain, Nicolas Lodeiro, who scored an absolute stunner with a thunderous volley that flew past Nick Rimando. Cristian Roldan also grabbed his first assist of the year on the service to Lodeiro.

No highlight reel efforts graced either team the remainder of the game, and the Sounders held on to their 1-0 lead at home. They remain unbeaten as they prepare to face the Colorado Rapids on the road this Wednesday before greeting old MLS Cup rivals, Toronto FC, back at CenturyLink on Saturday, April 13 at 1 p.m.

Another road game followed by a tough home match-up will be a solid test for the Sounders, especially with Ruidiaz’s status unclear and Victor Rodriguez being subbed relatively early the past few games as a precaution. With 13 points out of a possible 15 so far this season, the Sounders will definitely be pushing to continue building on their best start in franchise history.