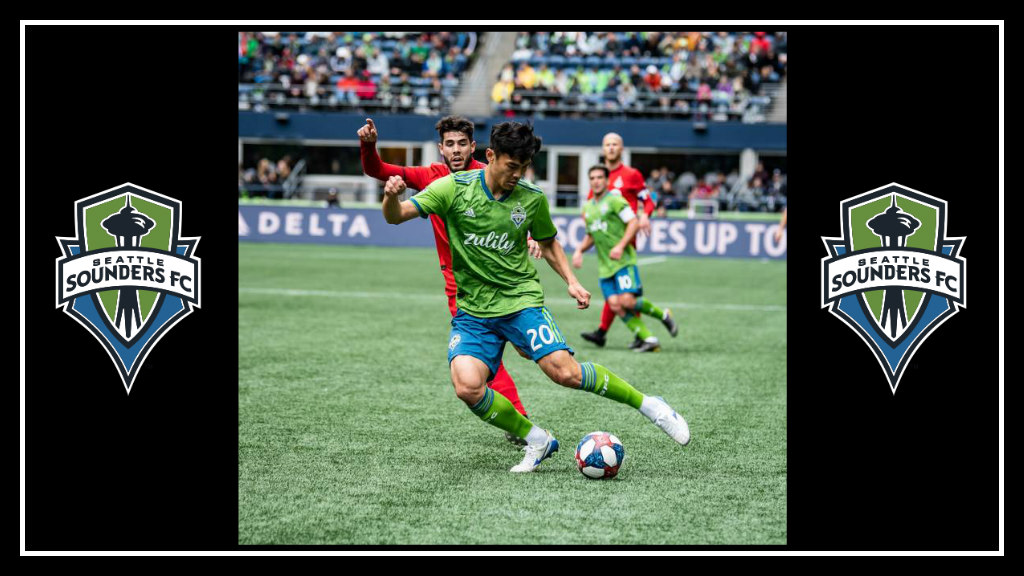 With the absence of Ruidiaz for the second straight week hanging over the Sounders starting XI like a pesky cumulonimbus cloud, Will Bruin came up huge bagging two goals as Seattle defeated Toronto 3-2 on Saturday.

Toronto rolled in to CenturyLink Field missing two of their starting defenders and starting goalkeeper, but with two of the highest paid DPs in MLS in Jozy Altidore (5m)  and Michael Bradley (6.5m) and the most talked about early season signing, Alejandro Pozuelo.

Toronto and the Sounders are old friends at this point having split the success of two MLS Cups and showing no love lost after either of those games. Nearly 38,000 (another turnout on the lower end for the Sounders) turned out Saturday afternoon to watch the Sounders beat their old MLS Cup rivals off of a Will Bruin brace and a rocket by Cristian Roldan.

The game got off to a disappointing start for Seattle, who saw a wide open Jozy Altidore head home a cross from Pozuelo in the 13th minute. The crowd grew silent, aside from boos for the former/occasional US National Team striker. In the 24th minute, much to the joy of the Sounders faithful, Bruin slotted home a diving hider off a deflected cross from Brad Smith to bring Seattle even at 1-1.

Starting the second half still deadlocked, Seattle found the advantage of possession and offensive pressure. In the 66th minute, the pressure paid off as Bruin knocked in another cross from Smith to put Seattle up 2-1. Two minutes later, Cristian Roldan roofed a laser finish to give the Sounders a two goal cushion of 3-1. Not to be quieted easily, Altidore and Pozuelo connected once more in the 70th minute to give Toronto their second and final goal, ending the game 3-2.

Toronto came in to CenturyLink undefeated and left with their first loss, but they were only the first of two undefeated teams the Sounders will face in April. Thanks to the genius that is MLS scheduling, Seattle faces LAFC two times in seven days both home and away. The Black and Gold have been extremely dominant to begin the 2019 season and are the only team ahead of Seattle in the Western Conference.

They also feature a star forward named Carlos Vela, who has been tearing teams apart all across the country the past month and shows no sign of slowing down. Bob Bradley has his team playing just how he’d like, except for a few injuries, and the results have been undeniably dominant. While the Sounders survived TFC at home, facing LAFC two times in seven days will be a real test.

Brad Smith is really good at soccer. I’m not sure if people nationally are noticing it, except for Stu Holden:

But he’s contributing both offensively and defensively like no other left-back in the league right now. A healthy Brad Smith could be just the key the Sounders need to make a solid postseason run.