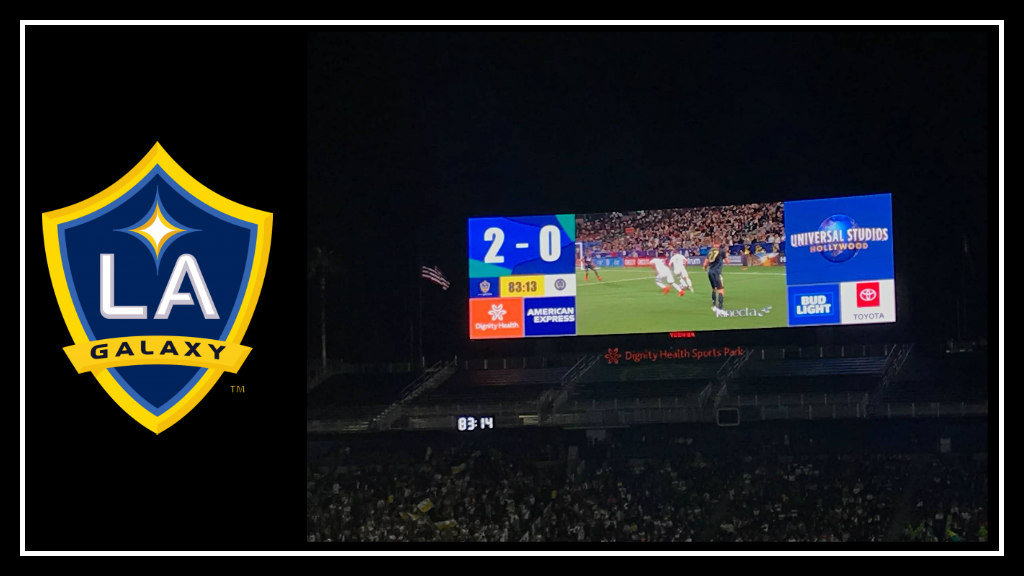 April 13th was just another Saturday night in Carson. Zlatan Ibrahimovic led the Los Angeles Galaxy to a 2-0 victory against Philadelphia Union in front of 24,053 fans.

The whole team played really well and dominated the first half. They moved the ball forward, created chances, and got corners early on. By the 20th minute, it was a wonder LAG didn’t score yet.  The Union did their job to smother the Galaxy. But, they kept up good momentum and build up that led to Zlatan scoring in the 27th minute.

The G’s maintained good passing in the 31st minute. Then, a minute later, Ibrahimovic was undercut in the box.  He was prepared to take the penalty when the refs decided to go to VAR.

The Galaxy were awarded the penalty and Zlatan converted it to make the score 2-0 in the 34’. That was the Lion’s sixth of the season.

After halftime, LA was a letdown. The midfield didn’t have the same intensity or drive. The team even had an advantage playing up a man when Philly’s Austin Trusty earned a second yellow.  In the final result, they kept a clean sheet despite their lackluster effort.

Rolf Feltscher had to be subbed out for an injury, so Julian Araujo got minutes. Emmanuel Boateng came on for Uriel Antuna. And finally Juninho was back on the pitch, replacing Alessandrini.

The midfield this season has been on fire, though there are still weak links and kinks to be worked out, but it’s only the sixth game of 2019. This team is once again fun to watch thanks to head coach Guillermo Barros Schelotto, who wanted to make the stadium a fortress again. Check out the stats: TOTAL SHOTS: 11; SHOTS ON GOAL: 5; FOULS: 10; OFFSIDE: 2; CORNER KICKS: 9; SAVES: 2.

The LA Galaxy is unbeaten at home so far, is on a four-game winning streak, and is third in the Western Conference.

The next match is another home game at Dignity Health Sports Park against a flaring Houston Dynamo, Friday, April 19.