A One Man Story: Houston Dynamo Fall to LA Galaxy 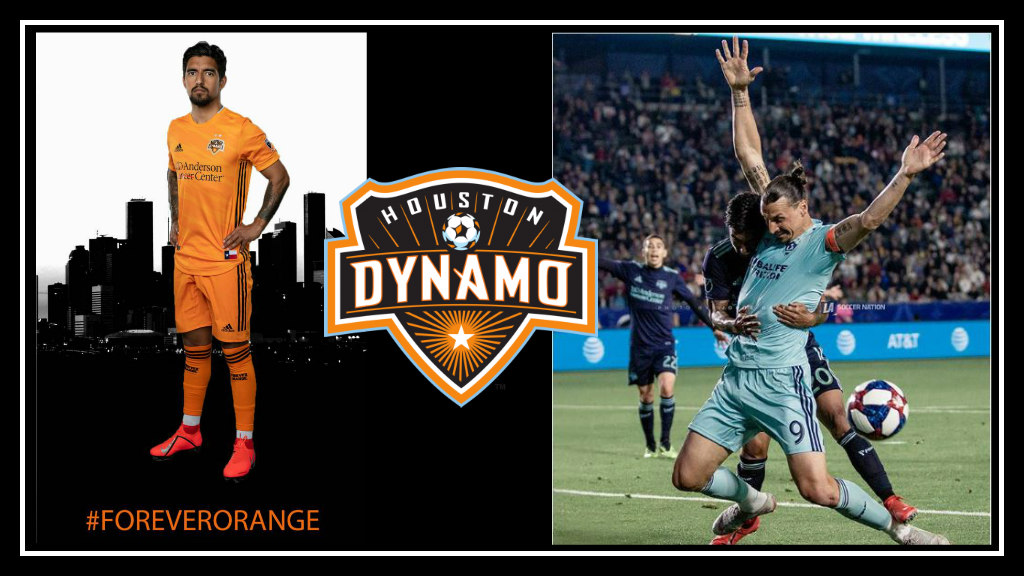 Going into last weekend, the Houston Dynamo were rested, undefeated, and ready to battle Zlatan Ibrahimovic and the LA Galaxy. While both teams have had a positive start to the season, the Galaxy came in with fewer goals and wins despite more matches played. On both the west and the third coast, previews centered around Ibrahimovic – Houston reminding fans that Zlatan had yet to score on the Dynamo and LA simply painting their social media with his image. For this writer, however, the man to focus on going into this match was Houston defender AJ DeLaGarza.

AJ played for the Galaxy for eight years before coming to the Dynamo in 2017, and the popularity that he had with those fans is still going strong today.

Houston didn’t have to wait long to find out why DeLaGarza is so loved, as he quickly thrilled us with a strong Twitter jab at our rivals. The Houston soccer community was immediately won over.

AJ’s social media has continued be a fan favorite – even keeping him relevant through an ACL injury that kept him out for most of the 2018 season. His old posts are an inspiration as I battle my own injury/surgery recovery struggles today.

As the Dynamo traveled to LA for Friday’s match, AJ shared stories of catching up with friends and family. His demeanor early in the match looked as though the time in LA had really fed him. The Dynamo played well and their defense seemed to have a plan to shut down the Zlatan-centered LA attack, up until the thirtieth minute when the man himself – AJ DeLaGarza – panicked in the box and shut Zlatan down with a bear hug tackle that earned a penalty for the Galaxy.

Ibra converted the penalty and finally had his first goal against Houston. LA led the match until the Dynamo’s own offensive superstar, Alberth Elis, received his own penalty shot and tied the match in the 53rd. A Polenta goal in the 88th minute brought victory to the Galaxy, but the stats of the match show a very even game that could have gone either way.

Fans on both sides looked to that bear hug in the box as the moment where the match broke open for the Galaxy. AJ showed his class again on social media – admitting his error, making no excuses, and not shying away from or lashing back at disappointed fans. While the soccer community, LA fans, and Zlatan himself see this match as a story about Zlatan’s victory, I see the man on the other side of that pivotal moment as the true protagonist.

AJ DeLaGarza stands above many others as an example of how to build a dynastic career in one city, transfer and build on that positive reputation, and to survive a defeat with aplomb. Zlatan claimed this week to be MLS, but I believe that players like AJ should define the the league. His positivity and sustained success is what the league needs to continue to grow the fan base.