Sounders Suffer First Loss Of The Season To LAFC, 4-1 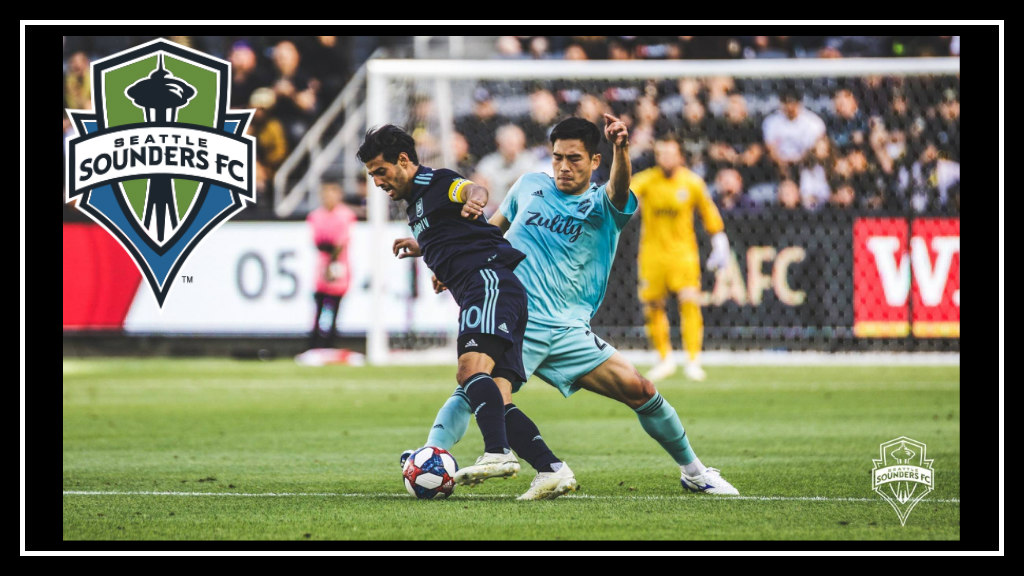 Coming to Los Angeles as the last undefeated team in MLS, the Sounders were definitely a lesser version of the team that started the season with the greatest run in franchise history. With Chad Marshall, Raul Ruidiaz and Will Bruin all missing the trip, Jordan Morris became the lone forward in Seattle’s 4-2-3-1 lineup.

After a midweek flop in Vancouver, the Black and Gold were aggressive and borderline vengeful with their attack from the opening whistle. After repeatedly knocking on the door, Carlos Vela finished off a beautiful pass from Mark-Anthony Kaye for the game’s opening goal.

The remainder of the first half, Seattle seemed unable to get anything started offensively and had several miscues on defense. Shortly before the halftime whistle, Eduard Atuesta took Roman Torres for a slip and slide as he slotted home the second goal for LAFC in the first 45.

Known for his compelling halftime speeches, Brian Schmetzer’s boys came out of the locker room with an improved look and created some excellent build up play. In the 51st minute, Victor Rodriguez found an open Harry Shipp, who tallied his first goal of the season and brought the Sounders back within one.

However, four minutes later Carlos Vela scored an almost identical goal to his first of the day, this time assisted by Atuestsa. In the 61st minute, Christian Ramirez tapped in a sitter from six yards out that gave Kaye his third assist of the day and LAFC a 4-1 lead.

While the game finished with a 4-1 score, the saga continues less than seven days later as LAFC will travel to Seattle for an incredibly quick rematch in the Emerald City. With injuries plaguing the Sounders in Los Angeles, a full squad and home field environment should help the Sounders put on a better display. However, a midweek home match against San Jose will likely require some squad rotation and depth is a luxury the Sounders do not currently have.

Let me start this by saying I’m not a Sounders fan who hates all other Western Conference or MLS teams. When I first became a season ticket holder, I went to an away game in Portland. A small group of us were grabbing beers at a bar far from the stadium that was playing morning football games (the Seahawks were playing) and no one in the bar was wearing Timbers gear. Eventually, a small group of Timbers came in to the bar. A girl from their group walked up to me, threw sardines in my face and tossed a salmon head on the table while saying “today we gut the fish”. I was in shock. I promised myself then and there I would never become a fan fueled by hatred for other teams, only passion for my own.

I enjoy watching other teams do impressive and inspiring things, because it benefits the league. I love what Atlanta is doing with their fanbase and attendance. I love Minnesota’s new soccer specific stadium. I love what Mia, Magic and Will Ferrel are building in LA and I respect the hell out of Bob Bradley. Having him coach in this league helps make MLS more respectable globally.

What does not help the reputation of MLS is LAFC fans throwing beer on opposing team players. It is atrocious beyond explanation. Watching a sideline fan throw beer on Nouhou, who was simply attempting to throw the ball in, was disgusting. And it’s not the first time. When facing RSL in the knock-out round last year, the referee stopped the game for 5 minutes after fans from the LAFC supporters section were throwing beers at Nick Rimando. This should not be a representation of team or fan culture if we ever hope to progress MLS to the level of the EPL, Bundesliga or La Liga, three leagues where actions like this would never be tolerated.

While LAFC were a beautiful display of skill on the field Sunday, it disappointed me to see fans still throwing beers on opposing team players. I hope that fan behavior can someday replicate the professional integrity of the teams.