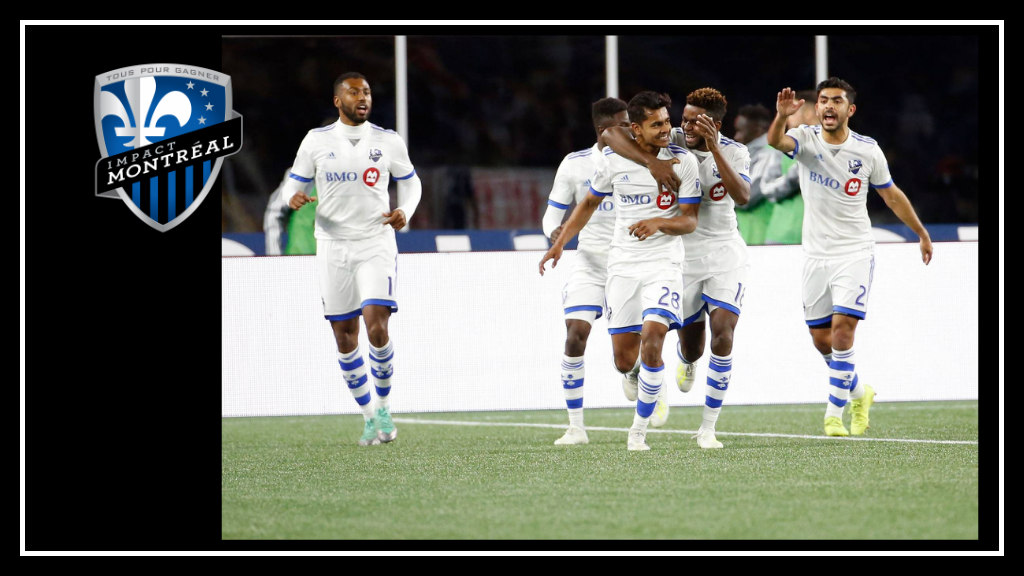 Don’t put the Impact down as your favourite to win a match. They’ll probably let you down. It sounds harsh, but it’s true. However, throw hurdles in their midst, neglect their collective mentality, and write them off? They’ll probably steamroll you.

Montréal Impact saw themselves disappoint woefully against an undermanned Philadelphia Union on Saturday, only to turn around and show up just in time to efficiently handle the New England Revolution.

Two 3-0 scorelines. One defeat, one victory.

Of course, the Impact played against two different teams for each match, but it also felt as if a different Impact stepped on the pitch for each match. The Impact’s history at Talen Energy Stadium, as they came into Saturday’s match with a decent record of 2-2-5. Although primary goalscorer Ignacio Piatti is still sidelined by injury, the Union were also without DP Marco Fabián, and starting defender Auston Trusty was suspended. The Impact had just pulled off a rare win without Piatti in their previous match, so it felt as though the stars were aligned in their favour.

Until a team that appeared like 11 strangers in preseason form stepped onto the pitch. Sloppy passes, a preventable penalty, and an accumulation of individual errors from a lethargic Bleu-Blanc-Noir allowed the Union to score what must rank among 3 of the easiest goals in the organization’s history. It was a complete and utter match to forget.

Fast forward to Tuesday when news rolled in that the only two players to score a goal in Piatti’s absence — Saphir Taïder and Harry Novillo — would not be travelling for a midweek game to New England, followed by the news that the Impact would travel to the match a day late due to flight cancellations and it felt as though the sky was falling. New England had been hostile territory to the Impact, where they’d lost all 5 of their matches in the past 3 seasons.

As Wednesday afternoon rolled around, and the Impact still had not arrived in Foxborough, it was as if a wet blanket had been thrown onto the Impact fanbase. We were certain the team would be unable to overcome the circumstances.

As a rotated lineup was presented by Rémi Garde, the Impact began the match on the front foot and thoroughly dominated the first half, enjoying large spells of possession and registering 6 shots on goal. Orji Okwonkwo, switched from the right wing to the left wing, rattled the crossbar and goalkeeper Cody Cropper produced several fine stops to keep things even at halftime.

Revs coach Brad Friedel made adjustments at halftime, and the Revolution came into the match to start the second half with a great deal more energy. However, they remained unable to give Evan Bush a save to make. As the match wore on, it felt as though perhaps this would end another 0-0 draw, and that the Impact would rue those missed chances from the first half.

However, a handball given away in the 78th minute allowed for an opportunistic free kick. Daniel Lovitz hit the target, Cropper spilled the ball and midfielder Shamit Shome poked home his first career goal for the Impact. The 2017 Superdraft pick had spent most of his career on the outside looking in, but has been called upon more by Garde this season. In a match where Shome’s pass quality and soccer IQ were made more evident, and given his long wait for valuable minutes, it felt like a richly deserved goal.

Another maligned prospect, Homegrown striker Anthony Jackson-Hamel, had lost Garde’s and the fan’s trust last season after his attitude and work rate were called into question. Despite a tense end of the season, AJH has shown a much better attitude, and he was afforded a chance to return to super-sub status. A brace notched between in the 89th minute and injury time show that he was more than ready to seize that opportunity.

With this 3-0 win over the Revs, the Impact have now claimed 11 points on the season from the 8 road matches they’ve played — matching their total from the whole of last season. It was also a significant win as it was the first time since Piatti joined the Impact that the team has won a road match in his absence.

The Impact have made it back to Montréal with no trouble, and will therefore likely be on time to their next match against visiting Chicago Fire on Sunday, April 28th.