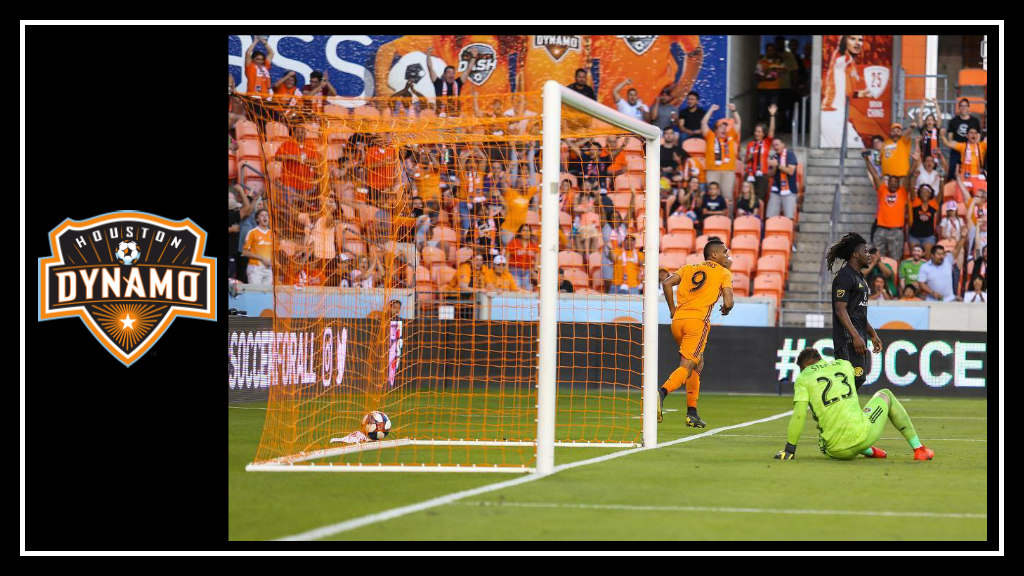 The Houston Dynamo know a little bit about streaking, holding the league record for the longest unbeaten streak at home. Despite past success, the reality of most streaks in professional sports is that they will come to an end. Last week, the Dynamo’s winning start to their MLS season ended with a loss to the Galaxy, and the men in orange came into Saturday’s match against the Columbus Crew ready to begin their next unbeaten streak, and to keep their undefeated-at-home record intact.

From the first moments of the match, it was clear that the Dynamo’s early success was not a fluke. Houston came out strong, and Mauro Manotas scored in the third minute. This is not to say that the Crew did not bring a tough competition to Houston. I was impressed with the Crew’s defensive efforts. Alberth Elis’s usual trick of skipping the ball ahead of a defender and then shifting into a fast gear to catch up out of the defender’s reach was simply not enough, as the Crew’s Abubakar had the speed to answer this offensive tactic.

In fact, the Dynamo’s first goal from Mauro Manotas came off of a sloppy pass into the box from Elis as Abubakar was crowding back in. Manotas’s positioning was precise, but the fact that Elis was rushed meant that Manotas hadn’t had time to fully shake Columbus defenders Sauro and Trapp. When the three collided in front of the goal just behind the pass, Manotas was just able to get a foot on the ball to score a messy first goal.

The Dynamo’s offense was quick to recognize the need to shift and changed tactics. Their efforts paid off again in the 55th minute as Tomas Martinez was left all alone at the top of the penalty box with no defender pressing, a moment to think, and his amazing left foot. He loosed a rocket of a shot that flew over the defenders that had crowded in close to cover Elis and Manotas, doubling the Dynamo’s lead and securing their win.

Saturday’s matchup between the Dynamo and the Crew was much more than an offensive tale. The defenders on both sides were the real stories of the match. I’ve already discussed the Crew’s ability to shut down Houston’s offense, and alternately Houston was able to counter Columbus’s Zardes and their well-organized counters with talent and precision.

The Dynamo’s offseason effort to build up the depth in the defensive half was on display at BBVA Compass Stadium. Maynor Figueroa and Kiki Struna put forth great efforts, and around the hour mark when the Dynamo’s defenses started to get panicked and sloppy, Coach Wilmer Cabrera brought in Darwin Ceren who settled the line with some key defensive maneuvers right off the bench. Most importantly, goalkeeper Joe Willis achieved his first shutout of the season.

The Dynamo play at home again next Saturday, when they  welcome rivals FC Dallas to Texas. Let the rival talk begin!