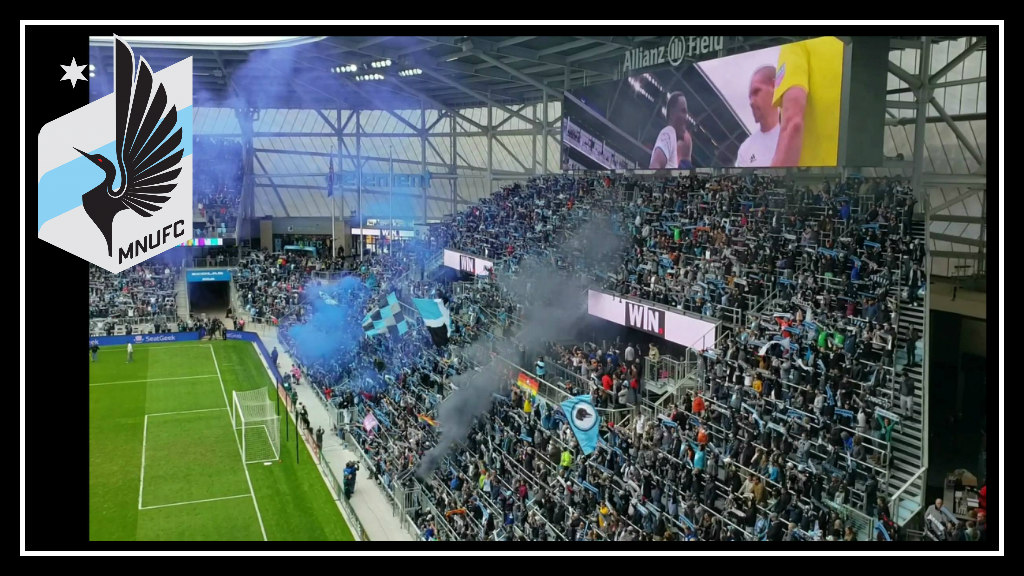 The second match, first under the lights, at Allianz Field was a beautiful evening for soccer. While some visitors could not decide what weight of jacket to wear into the stands, short sleeved jerseys dominated the Wonderwall. On the pitch, a much-changed lineup looked to ice out a red-hot LA Galaxy.

With perennial captain Fran Calvo cooling his heels after a double yellow ejection from Toronto and defensive mid Jan Gregus chilling beside him, a few other guys had the chance to show what they can do. Not a single goal was scored. And it was fantastic.

A shared point and a clean sheet against Zlatan was a win for Minnesota United, especially coach Adrian Heath, who was just thankful to not have to talk to the media for a few days about a leaky defense.

Zlatan, of course, didn’t see it that way. Cue the friendly cross-country sniping about the definition of a ‘good’ team. Whatever you have to say about the Lion, he was well contained by Minnesota’s back four on Wednesday.

A clean sheet is one thing. A clean sheet against the Lion? That’s a win even if it ends 0-0. It was celebrated as such. The only thing missing (other than a Loon goal) was the Wonderwall’s first rendition of ‘Wonderwall.’

Flash forward to Sunday. Another match that appeared bound to remain a goalless stalemate was broken wide open in the 82nd minute. By Angelo Rodriguez. With his foot. For the Loons. In front of the Wonderwall. Maybe. The jury’s still out on whether or not Angelo actually got a touch on Romain Metanire’s cross (he, of course, insists he did), but in the end it doesn’t matter: “It doesn’t matter if it was Romain’s or my goal, what matters is the win and the three points,” he told reporters.

I agree. In twenty years, we won’t be talking about the goal, only the final result. There’s no crying in the press box so I stepped outside to have a moment to myself with the Wonderwall:

Judging simply from locker room atmosphere, the team that played this past week (Wednesday against LA, Sunday against DC) was a very different one from weeks and seasons past. As the media loitered in the middle of the locker room on Sunday afternoon, waiting for Miguel Ibarra to emerge from the shower, Brent Kallman, lounging in his locker with a salad, pulled up some rock music on his phone. Ethan Finlay told him to blast it and showed off a few dance moves while adjusting his tie.

In a corner, Rodriguez and Quintero, limping a bit on his injured foot, bantered in Spanish. And on the other side of the room, Mannone and Opara chattered away. Some of the veterans threw friendly jibes at rookie mid Hassani Dotson who came on for Danladi in the 85th minute. It was all positive. Relaxed. Happy.

For the fans: Relief. The first rendition of Wonderwall in their new home was just the catharsis the doctor ordered for their frustration with the front office and a few key players.

Calvo was on hand to chat with fans as his teammates warmed up, but he did not appear in the 18 on Sunday. And there was no sign of him in the tunnel or locker room after the match. When asked about the choice to leave him out of the selection, Heath said, “I just felt, obviously, his disappointment in not playing, and didn’t want any negativity about the group today. He’s obviously disappointed and I thought it would be better if we left him out altogether today.”

This rationale took a bit of the edge off the #HeathOut crowd. However, the Calvo situation will obviously be top of mind for every supporter once the Wonderwall hangover wears off.

There will be plenty of other questions to debate: VAR calls (for and against), divots on the south end of the pitch, whether Danladi should be a winger or a forward or move out on loan, should we approve of goalless draws, #HeathOut, was Demidov really the problem, is Kallman a starter, should ‘Wonderwall’ be sung on any occasion other than in the stadium after a win (No.) … I could go on.

But I don’t want to. Not right now. As a new friend told me Sunday night, over a beer at the Black Hart of St Paul, this is where we should live. Here. Now. This moment.

Some moments just happen to be more memorable than others.