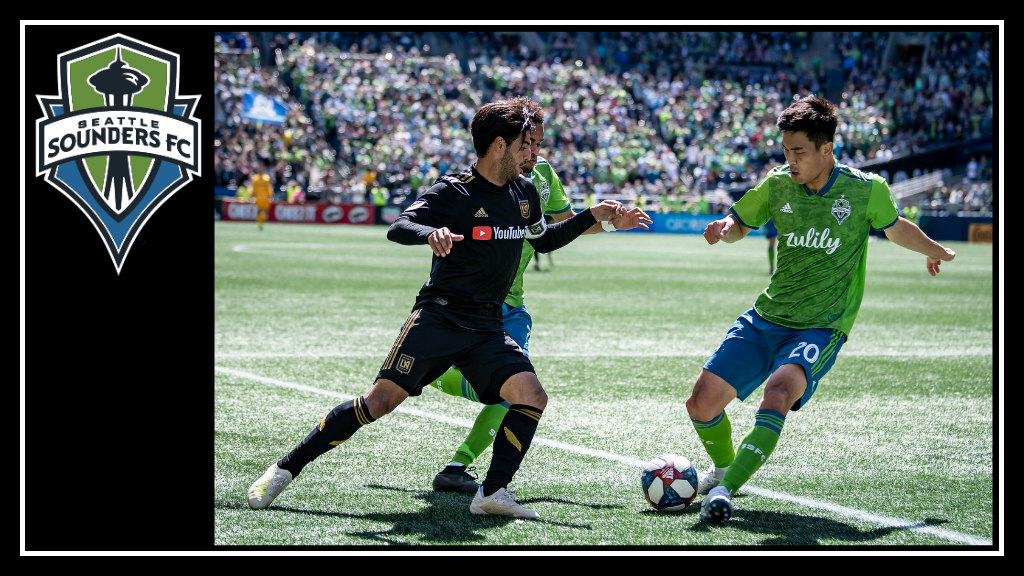 On a sunny Sunday in Seattle, LAFC traveled to play the Sounders for the second time in 7 days. This game was, in so many ways, the definition of “so MLS”.

Still battling injuries and missing Chad Marshall, Raul Ruidiaz, Gustav Svensson, Victor Rodriguez and Will Bruin, a depleted Sounders opened the scoring just 45 seconds in to the match. Jordan Morris picked off a faulty LAFC back pass and scored the second fastest goal in club history. And there ends the happy Sounders highlights a mere 1 minute in to a 94 minute match.

Captain Carlos Vela (who else?) equalized in the 4th minute, leveling the score to one all, which would remain the same 90 minutes later after many yellow cards, missed chances (by both teams) and tough soccer.

In the 18th minute, the Sounders went down to 10 men after Cristian Roldan received a red card (which a review committee rescinded) for being pushed in to Eduard Atuesta and making hands to face contact.

The Sounders simply toughed out a tie, which considering Kelvin Leerdam’s stoppage time red card for DOGSO (Denial of Obvious Goal Scoring Opportunity), LAFC’s 21 shots (5 on target) and 74% possession was a gritty and well earned point.

The Sounders move to 5-1-3 on the season and sit third place in the Western Conference with 18 points behind LAFC and LA Galaxy.

After an incredibly hot start right out of the gates, the Sounders have softly sizzled due to injuries and lack of first team depth. Raul Ruidiaz, Will Bruin, Chad Marshall, Victor Rodriguez, Gustav Svensson, and Nouhou Tolo all missed Sunday’s match due to injury. While Bruin and Nouhou have not been consistent starters this season, Ruidiaz and Rodriguez make up a bulk of the Sounders’ offensive attack. Chad Marshall is also a defensive powerhouse on the back line, even though Roman Torres is a seasoned backup.

While the Instagram Story of Ruidiaz has indicated he will travel to Minnesota, it is unclear whether or not the forward will factor in to Saturday’s game considering he hasn’t participated in training for several weeks.

The Battle For Who Gets To Call Him Honey Badger

The Sounders travel to Minnesota this Saturday for their first look at the Wonder Wall and also at Ozzie Alonso on the opposite side of the field. The loss of Ozzie has been met with mixed emotions by Seattle fans, but with the current lack of midfield depth more are missing him than not.

Cristian Roldan has made comments to the media that he is especially glad his red card has been rescinded so that he can play against his mentor. That midfield match up will be a must watch for Sounders and Loon fans alike.