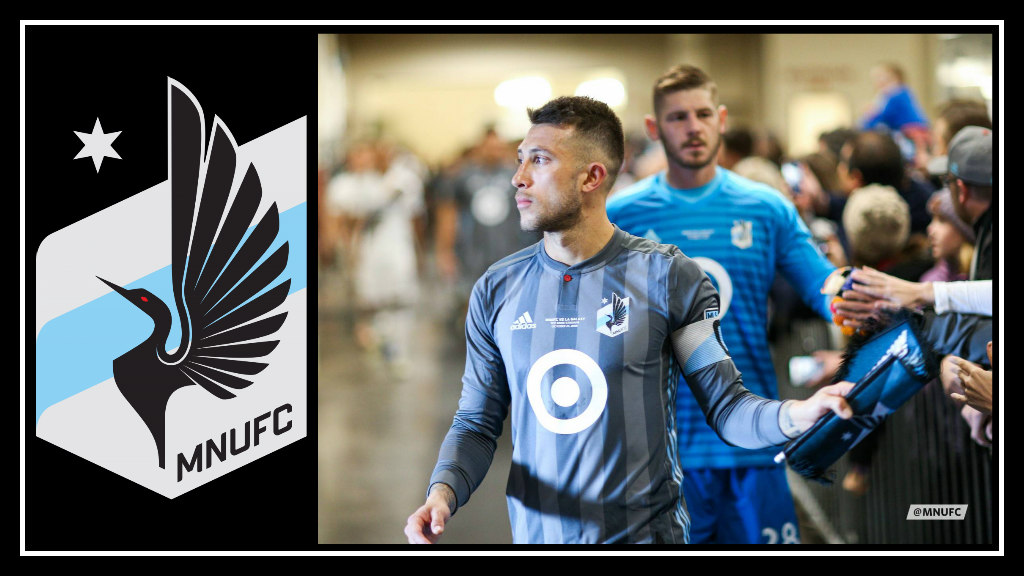 Few Loons have drawn more fury from Minnesota United fans after a poor performance than defender Francisco Calvo. On Friday morning, just two weeks after the perennial captain took a late red and left nine men to finish an ugly match in Toronto, it was announced that Calvo had been traded to Chicago Fire for some GAM and TAM.

For two weeks, fans reveled in a thankless and useless game — a pastime, really (I blame our long, dark winters) — of ‘What if: Heath dropped Calvo?’ What if coach Adrian Heath — who is particularly well-known for his frequent use of the two phrases, ‘We need two or three more good players’ and ‘Players drop and promote themselves’ — dropped the one player whose errors never seem to count against him and acquired a few more players who better fit his system? Of course, this game rarely goes anywhere. However, there are notable exceptions.

Calvo has company in this camp. Two spring immediately to mind: Vadim Demidov and Johann Venegas. Demidov’s star was victim to United’s atrocious goals-against record in the club’s inaugural MLS season and Venegas, who just couldn’t find a way to score a goal while wearing the Black-and-Blue (he’s scored aplenty for Costa Rica and Saprissa) followed him out of MLS not long after.

And so, we find ourselves in an awkward position. A Weezer song about pulling a thread and walking away comes to mind:

I was fully behind Calvo retaining the armband this season despite his obvious reluctance to fill in for Jerry Thiesson on the left at the end of 2018. Throughout the long road trip that kicked off the club’s third MLS season, Calvo showed signs of being a new man, a new captain, in his new role. He was a calm communicator, quick to rally the squad after conceding a goal, shared smiles and handshakes with teammates to loosen them up on the way to a dressing room dressing-down.

But it’s easy to captain a winning team. Simple mistakes have a way of snowballing for this club and Calvo struggled to slow the roll without making desperate attempts by going it alone and building a snowman in the process. Even after the two draws that opened Allianz, while his teammates chatted and joked with one another, Calvo stood alone. He was a large presence in the locker room, but his impact is up for debate. He was always prepared for the media and answered questions evenly, with one notable exception in 2018 when he demanded that one outlet not be part of the scrum because of an unfavorable tweet. He was also not shy about calling out those who discredited Minnesota’s place in the league.

Perhaps that is why he was not made available for interviews last week. Calvo watched Wednesday night’s clash against LA Galaxy from one of Allianz Field’s tech crew boxes while serving his red card suspension and was nowhere to be seen after Sunday’s win against DC United, a match Heath left him out of to avoid “negativity” on the pitch. While both Heath and Manny Lagos, director of player personnel, deny that the red card and what followed were not a factor in the trade, the underlying theme certainly is. Calvo was not productive enough in his role to merit favor under these circumstances.

While a far cry from the $2 million cash offer United is rumored to have received for Calvo over the winter (a story the club’s PR director has been busy denying all day as we Twitter-happy correspondents rehashed the deal), the $200 thousand in GAM and $150 thousand in TAM to be paid out by Chicago over the 2019 and 2020 seasons, those Garber Bucks could go a long way in acquiring some much needed depth in the summer transfer window, if not sooner.

The Loons are sure to show exactly where their biggest weaknesses lie in the first match of the AC (After Calvo) Era on Saturday. While the veteran leadership and teamwork of Ike Opara and Ozzie Alonso, who captained the last two matches, has triumphed and allowed a new-look XI to shine, more moves are needed.

Before I return you to your regularly scheduled programming, “What will Heath do now?”, one more thing. I’ve taken my fair share of shots at Francisco Calvo in the last two years, but there are many ways in which he shines on and off the pitch and for which I greatly respect him. As one of the early international signings in the transition, he brought a lot of new fans to the club and legitimized the endeavor. In that sense, Calvo will always be El Capitan.