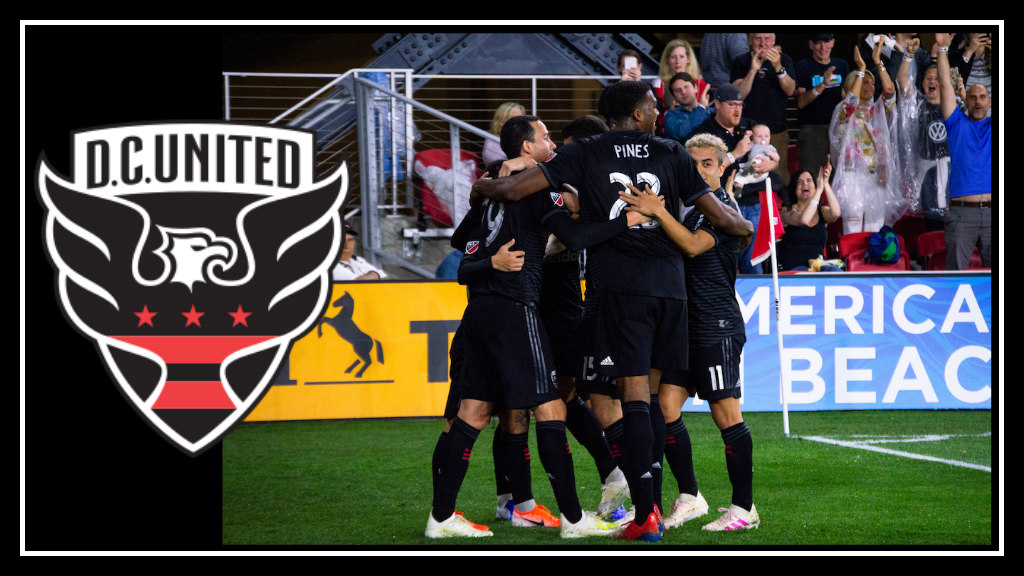 D.C. United win over the Columbus Crew 3-1 at Audi Field.

D.C. United seem to have gotten their swagger back this weekend, beating the Columbus Crew for the second time this season. D.C. also ended their winless streak at Audi Field, giving Black-and-Red supporters an exciting Saturday night. While thunderstorms threatened and a light rain fell, the weather held, seeming like a good omen for D.C. United.

Russell Canouse and Leonardo Jara were both back on the pitch, having recovered from recent injuries. As the match progressed it was clear just how much their presence was missed. Also starting was 23-year-old homegrown player, Donovan Pines. In his second start of the season, Pines who stands 6’5” has proved to be a real asset with his speed and accuracy, augmenting D.C.’s defense nicely.

The Black-and-Red were strong in possession from kickoff, doing a solid job keeping the ball away from Federico Higuain and company. However, Pedro Santos of the Crew made an early goal.

Referee Ted Unkel and Video Assistant Referee Kevin Terry Jr. spent several long minutes deliberating the goal’s validity, as D.C. United insisted Will Trapp of the Crew had fouled Luciano Acosta. The goal was struck, bringing the score back to 0-0. However, many are insisting that it was Unkel himself who got in the way and committed the foul, not Trapp.

Immediately after, Trapp did actually commit a foul, and D.C. United captain Wayne Rooney was awarded a free kick that Acosta, assisted by Jara, put in the back of the net. VAR was called upon again, to determine if Acosta had been offsides when he made the goal. D.C.’s goal was allowed to stand, putting the Black-and-Red up a point.

After all of the minutes spent with the VAR, the first half naturally went into stoppage time. Four minutes in and Unkel returned to the video screen. The determination was made that Trapp was guilty of a handball (clearly Saturday was not Will Trapp’s night). Wayne Rooney squared up for a penalty kick, and, in what felt like sweet retribution for his miss during the playoffs, earned D.C. another goal, sending the team into halftime 2-0.

Columbus came out of the locker room ready to turn the match in their favor. However, D.C. United’s Brillant, Canouse, Pines, Jara, and Rodriguez joined goalkeeper Bill Hamid in creating a brick wall against the Crew’s attacks.

In the 61’, tenacious Paul Arriola broke through the Crew’s defense to sink the first uncontested goal of the match. The third D.C. United goal of the night was Jara’s second assist for the evening. Columbus used up their substitutions as the second half waned.

D.C. scored again in the 75’, unfortunately, the goal was to the benefit of the Crew. After putting in a rock-solid performance all evening, goalkeeper Bill Hamid saw the ball slip through his grasp for an own goal. The drizzle falling on Audi Field surely played a role in ruining Hamid’s clean sheet for the night.

D.C. Head Coach Ben Olsen made only one substitution, Ulises Segura for Arriola in the 85’. Another three minutes of stoppage time were added to the second half; however, the Crew would not see the chance to equalize; the Black-and-Red were too far ahead. At the final whistle, D.C. United won, 3-1, and stayed tied for the top spot in the Eastern Conference Standings with the Philadelphia Union.

Olsen was beaming post-match, while Columbus Head Coach Caleb Porter was certainly less than thrilled. Porter said, “it was a fair goal. The referee fouls Acosta and then goes and looks at the television to bail himself out.” Speaking to the press in the locker room, Acosta stated he had indeed been fouled by Trapp.

D.C. United took a much-needed morale boost with the home win. When MLSFemale asked Donovan Pines how he will prepare mentally for next week’s match, the soft spoken 23-year-old smiled and said, “I just take it one day at a time. I think we have two days off now and I’ll just rest, make sure I’m doing the right stretching and preparing my body for practice and then watch film, progressively get better, and get ready for the game coming up.”

Keeping a positive mental attitude will be critical as D.C. United heads toward a faceoff with Sporting Kansas City Sunday, May 12.