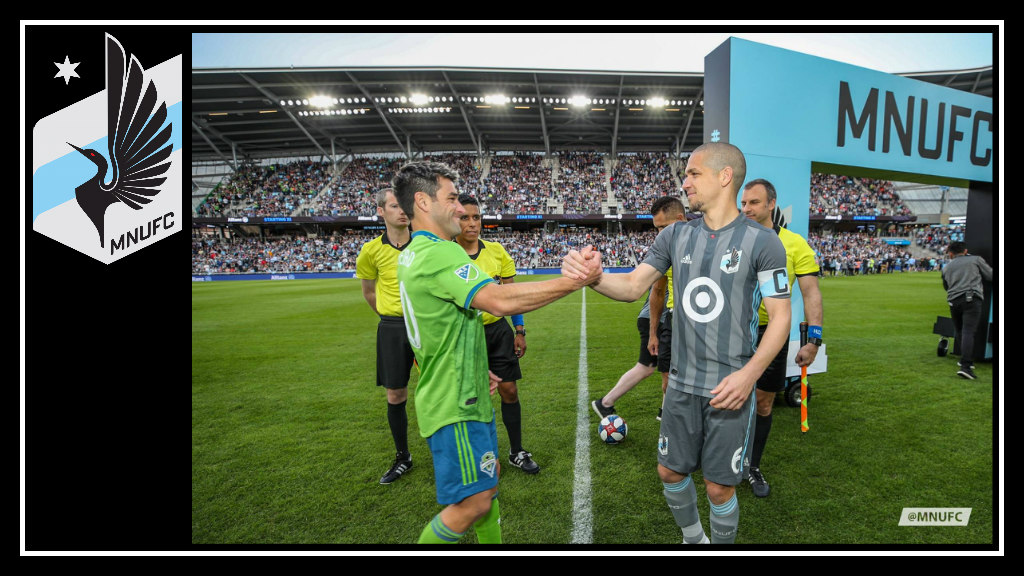 There were plenty of story lines surrounding Seattle’s first trip to Allianz Field – the Sounders’ shallow bench, Roldan’s rescinded red card, Calvo’s move to Chicago, the Loon’s new-look defense – but none were quite as prevalent as Ozzie’s new role in the Black & Blue. The Honey Badger made his presence known for the full ninety minutes, playing a safe game but not doing any favors for his former teammates.

The former Sounder took a few long shots toward goal which, despite finding the hands of Stefan Frei every time, lit a fire under his new squad to open the scoring and give their captain the win. It was fairly obvious early on that a cross into the box would not be the answer (It never is, guys. It never is.) so what were the chances that a set-piece would solve the Sounders? Unfortunately for poor Ike Opara‘s head, pretty darn good:

Unfortunately, Seattle pulled level before halftime when Cristian Roldan unleashed a rocket that somehow wound its way through five Loons and just out of reach of Vito Mannone.

No arguments from anyone on that ball. Beautiful.

Both teams emerged from the locker room with all pistons firing. Midfielders Miguel Ibarra, Ethan Finlay and Rasmus Schuller, and lone striker Angelo Rodriguez, all made memorable runs and give-and-go plays. Miguel and Ethan, especially, were out to prove their worth on the wings, from box to box. Heath’s substitutions threw more bodies forward (Romario Ibarra for Finlay and Darwin Quintero for Schuller) and the go-ahead goal looked imminent throughout the final twenty minutes.

But the same can be said for the Sounders. The second half was just as level as the first and when the final whistle blew two exhausted squads met at midfield to shake hands.

“I don’t think it’s a story between two players in this game specifically,” said Roldan. “I think it was two teams higher up in the western conference side competing out there, but anytime you play against Ozzie you need a little bit of grit because you know he’s going to bring it.”

That is what Minnesota United has brought in this season: Grit and determination to tease that extra edge out of the club’s existing core. It’s been exciting, but there’s still work to do: “I think we played really good, a little disappointed for the result because I wanted the three points but it is what it is,” Alonso said. “You have to keep going now.”

On the Loons go, to Calvo’s Chicago on Saturday, May 11.