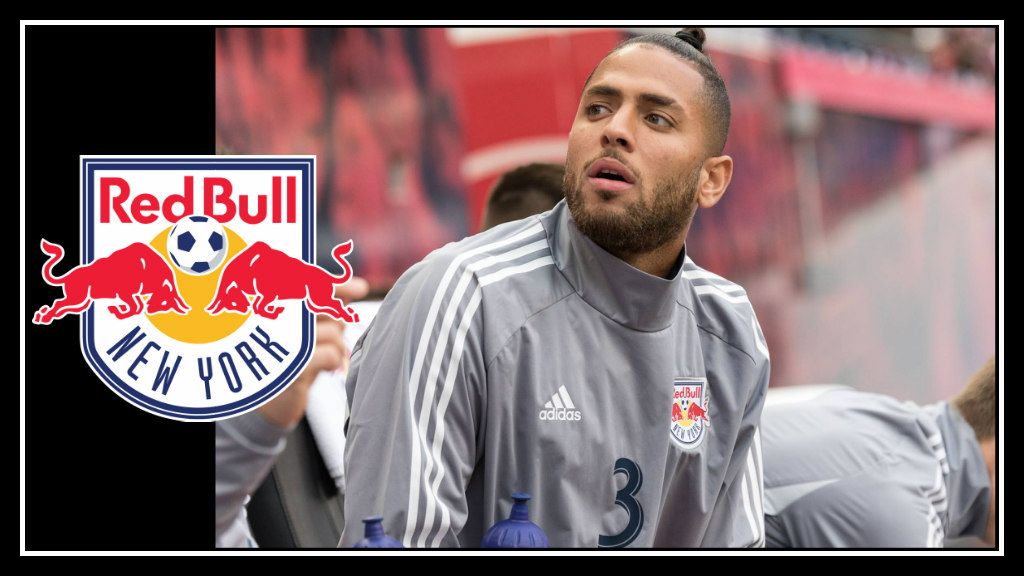 Having missed a heck of a show last Saturday (a 3-2 win over the mighty Galaxy), I was looking forward to the team going three in a row at home. They’ve had a rough go of things so far this season, with only three wins. But their fortune was turning around, and another win against a Piatti-less Montreal Impact would set them up for a positive road trip to Dallas.

I got my wings: The RBNY pipeline has multiple channels. Tom Barlow, selected in the 2018 MLS SuperDraft, cut his teeth in the USL squad and made a big impression. He has already put up six goals this season for RBII, so Sporting Director Denis Hamlett gave him the big call-up: he signed a first team contract. Just hours after the official announcement, Barlow found himself in the Starting XI.

It was a bit of a surprise to the Missouri native. “I was supposed to go to Canada with the USL team and I tried handing in my passport and they said I’m not going.” (Red Bulls II played to a 1-1 draw against the Ottawa Fury the same day as the MLS match).

With striker Bradley Wright-Phillips still out with an injury, it was time to ‘shop the closet’ and bring in someone the organization hopes is ready for the next level. Keeping his USL number 74 jersey, he also played 74 minutes.

While he didn’t score the hat trick I was of course expecting, he made a good showing. The only way for a player like Barlow to get used to being in MLS is for him to actually be in MLS. This is admittedly easier said than done, especially when the team overall isn’t doing well. But that’s not on Barlow. I’m excited for the kid… and I know how ‘Soccer Mom’ that makes me sound. I’m not ashamed.

When things start to feel right: For the third straight game, a defender tallied a goal for RBNY. This time, it was Aaron Long, 2018 MLS Defender of the Year. Our own Captain America. His header off Marc Rzatkowski’s free kick was perfection. It was the kind of set piece goal that had been New York’s signature threat in seasons past. All they had to do was continue in that vein for the second half.

You can count on me to start to doubt it: When Maxi Urruti put an inswinger to Zakaria Diallo and Diallo leveled the match, it was a small disappointment. The game was just past the hour mark– plenty of time to renew the attack, or at least hold the tie and get a point.

But Aaron Long’s over-emphatic defense on Anthony Jackson-Hamel resulted in a penalty kick for the Impact. Urruti took the kick from the spot, opening his account for the season with the conversion. Another defensive move from Long moments later sparked a hamstring injury that forced him off the field.

Manager Chris Armas had already spent his three substitutions on attacking options, so the team was forced to play with only ten men for the last ten minutes of the match. Thankfully the Red Bulls were able to keep Montreal from capitalizing on the advantage. Granted the damage had already been done. So now the Red Bulls head to Dallas trying to put it back together.

P.S. When the Red Bulls were winning, I was all set to use one song. Then I chose another when they were tied. I was at a loss when the team… well– lost. But thanks to my satellite radio for coming in clutch.