Dynamo Dig Into Depth, Come Up With Three Points 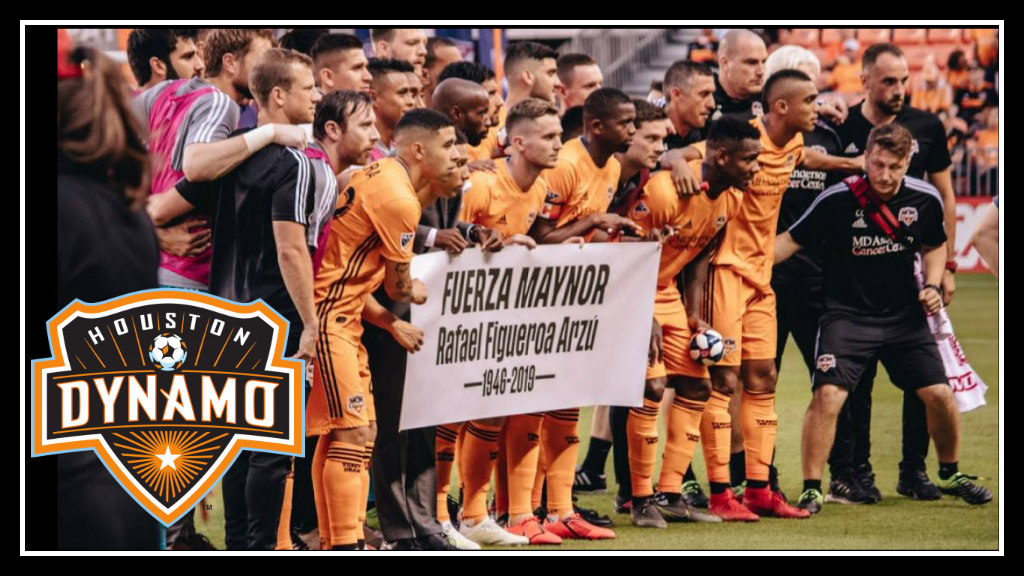 The Honduran influence on the Houston Dynamo is undeniable. The team has leaned heavily on the camaraderie and cohesion of their Honduran recruits in the last couple of years, but Saturday night’s match against Wayne Rooney and D.C. United required Houston to mix up its lineup and call on their depth outside of the Catrachos sphere.

Maynor Figueroa, the club’s newest Honduran player, received the news at the end of Wednesday night’s match that his father had lost his battle with cancer. A veteran defender, fans expected him to be a backup in support of some of our younger center-backs, but Figueroa has been a powerful force starting in 13 matches so far this season.

The team paid tribute to Figueroa’s father with black armbands and a special team photo ahead of the match. His absence against D.C. was the first hurdle Houston’s lineup would face.

Fans were thrilled Saturday to see our two Honduran forwards – Romell Quioto and Alberth Elis – finally paired up again in the lineup. This excitement was short lived, however, as Elis took a hard knock less than a minute into the match that led to his removal. Homegrown player Memo Rodriguez replaced him in the eleventh minute.

The Dynamo defense managed well in the first half, their offense lined up chance after chance but were not able to finish, and the first half ended with a no goal tie.

The second half started seemingly before the Dynamo defense was ready, as Wayne Rooney took advantage of too much space and scored in the 46th minute. The Houston defense woke up after that and held DC United to the single goal while the offense continued to work to find a payoff from several chances.

Searching for an answer to the finish, Coach Wilmer Cabrera pulled our remaining Honduran forward out of the match just past the hour mark. Tommy McNamara replaced Romell Quioto in the 66th minute, and the match pace changed completely.

The Dynamo found the goal they had been looking for in the 67th minute from early sub Memo Rodriguez. And just one minute later, the second substitution paid off with Tommy Mac scoring his first Dynamo goal with a show of pure will, battling United’s Hamid for a cross at the far post and joining the ball in the back of the net.

While the Dynamo are having an amazing start to 2019 and are still undefeated at home, this match is a landmark in the squad’s season. Lingering questions around their depth were answered and the men in orange proved that personnel changes in any of their lines can be mastered.

Even the unfortunate loss of our playmaker Alberth Elis was managed, which may be important as many expect to see him traded in the summer transfer window. The boost of securing three points against the top team in the Eastern Conference is just what Houston needed.

Hopefully, the Dynamo will take this confidence with them on the road as we visit Minnesota next Saturday night.