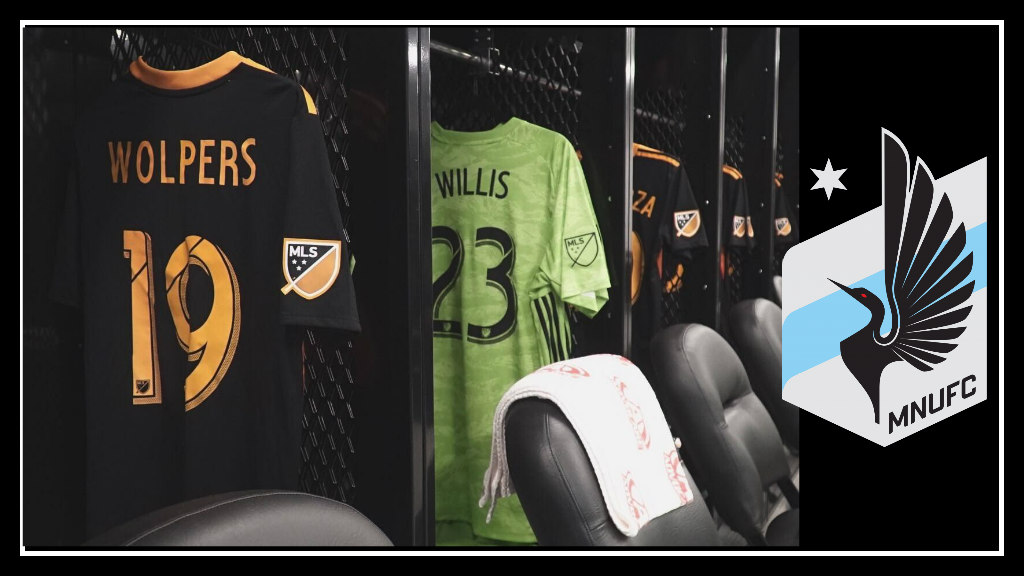 On Tuesday, June 18, Minnesota United FC will travel to Texas for a U.S. Open Cup Round of 16 matchup against Houston Dynamo for the second year in a row.

Last year, the lucky few fans who could find watchable livestreams of the same fifth round pairing witnessed a glitch in the second half. Their feeds froze on a shot of Houston’s video board where a special announcement was displayed. As Minnesota fans listened to the broadcasters drone on about a poor match – which presumably continued unchanged whilst the cameras were focused elsewhere – they took to social media to comment on a moment – and a man – which would become part of the fabric of MNUFC’s supporter culture.

As you prepare for Tuesday’s edition of the Dylan Wolpers Derby, just weeks after its debut at Allianz Field, you may be wondering, Who exactly is this Dylan Wolpers guy? And why do we celebrate his birthday every time these two clubs face off? Why was Bridget wearing a party hat all night that one time she watched a match from the Wonderwall this season?

How long have you been a fan of Dynamo? Are you a casual fan or a hard core supporter?

I have been a Dynamo fan since Day 1! My Dad has purchased season tickets for us since the inaugural year (2006). So you can definitely say I’m a diehard fan and supporter.

What was your reaction to the social media response after your in-stadium birthday announcement? How do you feel about the ongoing attention?

I didn’t know exactly what had happened. We did our usual post-game ritual of getting tacos. When I arrived at the restaurant, my brother and his friend asked me if I had seen Reddit and told me to check it out. When I saw it I just laughed and didn’t think anything would come of it. We just thought it was funny, at that point everyone was basically posting “Who (tf) is Dylan Wolpers and why do I care if it’s his B-day?” I find it hysterical that the fans have really just taken and keep having fun with it. The attention I’m getting has basically become a new form of entertainment. It definitely keeps me laughing.

Is it exciting to have a derby named after you or are you over it?

Are you kidding? I LOVE having a derby named after me! I don’t think I will ever be “over it”, it’s now become something I look forward to. I know that every time we play MNUFC it will be a blast!

Before the last match, when Houston visited Allianz for the first time, Dynamo tweeted a pic of a jersey with your name on it hanging alongside the kits of the Starting XI. Have you had more interactions with the club? Have you discussed naming rights for what is now known as the ‘Dylan Wolpers Derby’?

We have a friend that works with the Dynamo media team. He had shown the director/crew the social media frenzy behind the joke. They thought it was amazing and came up with ideas. I really didn’t know much outside of that. My friend just said look at Twitter and Instagram on gameday. Naming rights have not been discussed, however, my girlfriend’s mom keeps telling me that I should get my name trademarked. Haha! I don’t think it’s really THAT big for me to be concerned. It’s all good fun!

You have a lot of friends in MN who’ve offered their couches and guest rooms if you travelled for a match: Are there any plans in the works, for Dynamo games or otherwise?

For those fans who may not have seen USOC livestream and are wondering, “Who is this Dylan Wolpers guy?”, what do you want them to know about you?

Um, wow, I don’t even know how to answer that. I am just a huge fan of the game. I eat, sleep, breathe soccer. I just got lucky to get a couple minutes of fame.

[To Stark]: Did he feel bullied into joining Twitter or was his Derby Day debut in the plans?

He said, “I wanted to have more of a direct form of communication instead of my gf’s Twitter being blown up, not that she minds.” I say, he was bullied in the best way possible.

“I asked a few friends if they thought the idea was funny and they said yes, so I went with it,” McLaughlin said. “The day before the game I sent a friend a message making sure they were still willing to display it and they said, ‘Wait, that’s too big. That’s considered a tifo and we need to get it approved through the Wonderwall and someone working for the team.’ At this point I was telling them that it’s a hassle and not to worry about it, but they got party hats and hyped it up and made it way more fun.”

It was way more fun for the Wonderwall anyway. For Dylan – Well…

Whether Dylan and his Dynamo can get redemption against the Loons early remains to be seen. But one thing is for sure: The U.S. Open Cup is helping MLS supporters keep soccer weird.