D.C. United Turns Up in Extra Time to Win Over the Philadelphia Union 2-1 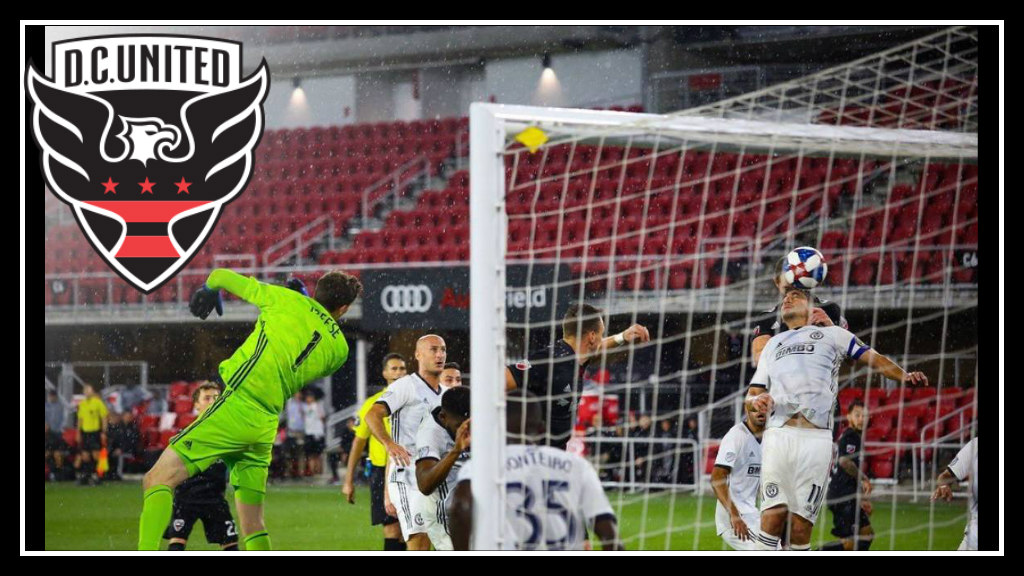 If you weren’t at Audi Field this Wednesday for the Lamar Hunt U.S. Open Cup match between D.C. United and the Philadelphia Union, and many weren’t, you missed out on one of the best nights of soccer the District has seen in quite a while.

A nail biter that went into extra time, the fourth-round match saw D.C. and Philadelphia battle it out for 120 minutes before the Black-and-Red were able to claim their victory. In classic Audi Field style, rain began to fall just before the match went into extra time, lending to the drama and testing the Black-and-Red faithful who were posted up in the supporters’ section.

Notably, Joseph Mora made his return to the pitch, logging over 90 minutes of playing time as he continues the journey to full fitness after being out since the end of March with a broken jaw. Mora’s comeback comes at a wonderful time for D.C. United, as the team is currently sitting in third place in the Eastern Conference standings.

Heading into the second half of the season D.C. will look forward to a run toward a playoff berth, making every player critical to the team’s success.

Goalkeeper Chris Seitz and homegrown midfielder Antonio Bustamante made their competitive debuts for the Black-and-Red against the Union. Bustamante told MLSFemale, “When I was subbed out, it felt like I just woke up from a dream. My adrenaline was high, it was very exciting.” Bustamante was replaced by 16-year-old Griffin Yow in the 72’, a homegrown favorite and member of the U-17 MNT team.

In the 90’, the match remained scoreless. Coach Ben Olsen brought in veteran striker Quincy Amarikwa, in a smart move that bolstered D.C.’s attacking front. With two 15-minute halves added, the two teams continued to battle in the pouring rain as they each sought just one goal to end the match and avoid dreaded penalty kicks.

When the Union scored in the 113’ it seemed the match might be over with D.C. defeated at home. Black-and-Red supporters cranked up the volume as D.C. United rallied. In the 118’, defender Chris McCann scored the equalizer, slamming a well-placed ball by Captain Wayne Rooney into the back of the net. The crowd in Audi Field roared with approval. Just moments later, in the 119’, our Captain buried a penalty kick to clinch the match for D.C. United.

The dreaded penalty kicks were avoided, and D.C. United emerged victorious, moving on to the next round of the U.S. Open Cup. Will D.C. United claim another Open Cup? A fourth trophy would certainly be a nice addition to the Black-and-Red’s collection.

D.C. United faces off against NYCFC at home on June 19that 7pm in the next round! Vamos United!