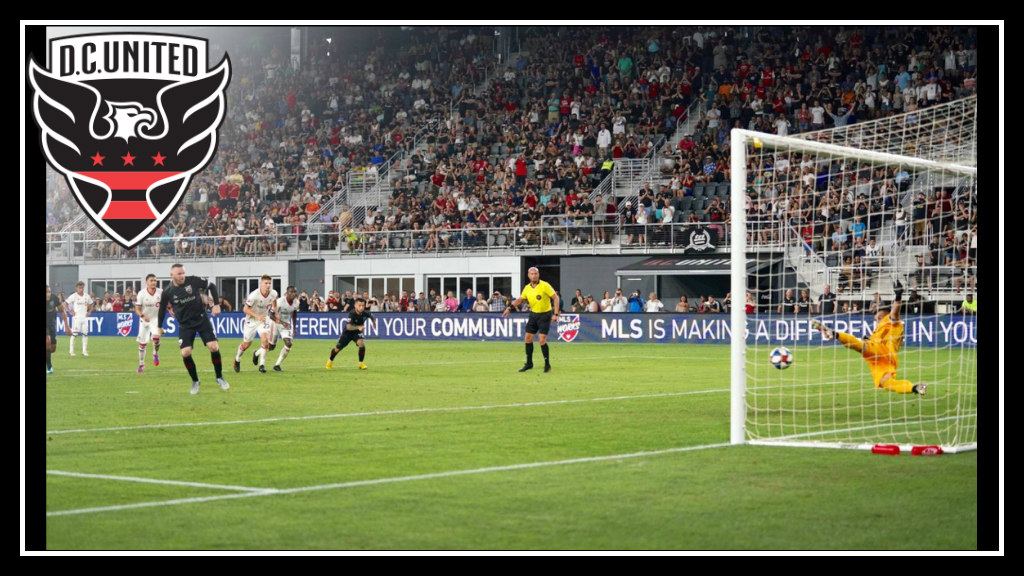 If you felt a sense of deja-vu after D.C. United’s matchup with Toronto FC this Saturday, you’re not alone. In their second meeting in as many months, the two teams yet again split points as they drew, 1-1.

Black-and-Red supporters and pundits alike were banking on Toronto arriving in the District with a squad depleted by international duty. No one doubted that D.C.’s heat and humidity would put the visitors at a further disadvantage. It almost came as a surprise when Toronto scored early in the first half.

Toronto’s goal scorer was none other than former D.C. United player Nick DeLeon. In the 19’, DeLeon slotted a left-footed shot past goalkeeper Bill Hamid to put Toronto on the board and leave the Black-and-Red seeking an equalizer.

A nasty foul brought D.C. defender Fred Brillant down in the box and led to a penalty kick that would put the Black-and-Red on the board. In a deviation from his usual technique, Captain Wayne Rooney drove the shot dead center to equalize the match.

D.C.’s Captain was far from elated though. Toronto gave the Black-and-Red a difficult time from the start. Head Coach Ben Olsen said, “they are a tough team to prepare for, because they throw you for a loop with a false 9 in Pozuelo, and we didn’t think they would go that way and it took us a little while to adjust.”

As a result of Toronto’s clever tactics, D.C. United were left chasing a single goal for the entire match. Were it not for Rooney’s successful penalty kick, Nick DeLeon would have likely headed back to Toronto with three points.

Even with a draw at home, Olsen, said, “I was proud of the second half and the effort to get something out of it… it wasn’t the end of the world.”

D.C. United hits the road this week for what Olsen says will be “a very tough game July 4thin Dallas”, where temperatures are predicted to soar into the 90s with a high percentage of humidity.

Head Coach Ben Olsen has been lamenting the challenges brought by ‘summer soccer’, but D.C.’s Captain remains nonplussed. Wayne Rooney said, “yeah, its hot in Dallas, I was there a few weeks ago and experienced the heat there. We’ll be fine I think.”

With the impending return of Moreno and Arriola from international duty, we can only hope that Rooney’s confidence is contagious, and D.C. is able to nab three points on the road.