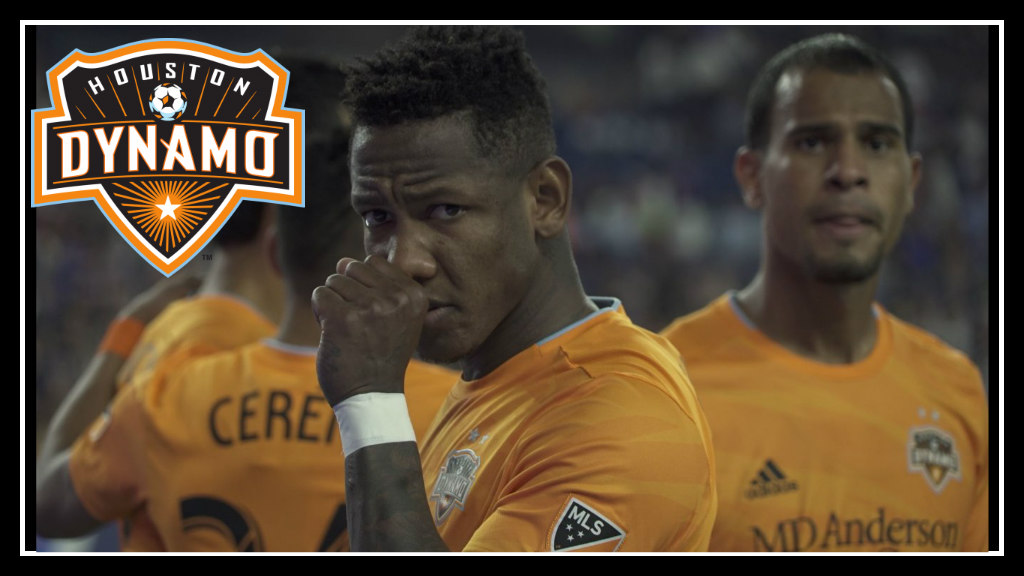 The Houston Dynamo are deep into a tough summer schedule. After losing in San Jose Wednesday night, they traveled over 3,000 miles to meet the New England Revolution less than sixty hours later. This is their third road match in eight days and they have yet to find the back of the net in the series.

Head coach Wilmer Cabrera played serious jazz with the starting lineup. As a coach known for regularly shaking up lines and combinations of players, he was still able to surprise fans with many of his Starting XI decisions against the Revs.

The fan response on Twitter was a typical barrage of negativity (seriously, don’t read the comments), but Cabrera’s big shake ups have worked before. Chris Duvall got his first MLS start and Michael Salazar, a recent USL transfer, was rewarded for some quality sub-in minutes with a center forward start.

The first 45 minutes of the match were magical for the Houston Dynamo and showed that the lineup changes weren’t the terrible choice that many expected. The Dynamo’s defense was effective, and the Dynamo had good chances in the first half hour.

Romell Quioto launched crosses trying to find Salazar at the far post and while the pairing didn’t pay off directly, a resulting corner kick found defender Darwin Ceren. The defender landed a ball in the back of the net for the game’s first goal in the 25th minute. Houston’s offense dominated the first half, and confidence was high going into the break.

In an interview at the start of the break, Rev’s coach Bruce Arena recognized their shortcomings and the changes needed in the second half. He must have given New England just the right updated game plan. The Rev’s offense came back with the answer to Houston’s defensive tactics, and the Dynamo were simply not prepared to shift their play.

With the second half direction switch, New England dominated the same half of the pitch that the Dynamo owned in the first. Corners made the difference for both teams as the Revolution scored off their own corner in the 51st minute.

Milnar was able to get his head up over Kevin Garcia and deflected a stunner of a ball into the net. With the match tied, the Dynamo created some offensive chances between then and the hour mark before conceding control of the match back to the home team.

Just when it seemed that the Dynamo might find their road point in New England, the exhausted defense got too sloppy in the 91st minute. Adam Lundqvist gave Bunbury too much space in the box, and the Dynamo fell to New England 2-1.

While the match was a Houston loss, I don’t think it was a total loss for the team. They showed so much promise in the first half, and scoring the first goal of their road series and of the match provided some confidence. Cabrera’s lineup changes have potential and simply need to improve on flexibility and endurance through tactical changes.

The Dynamo have another short break before their next matchup, but they are finally coming home to their newly re-branded BBVA Stadium to host the New York Red Bulls on Wednesday.