Minnesota Rises Above After 95 Minute Battle For the Ages 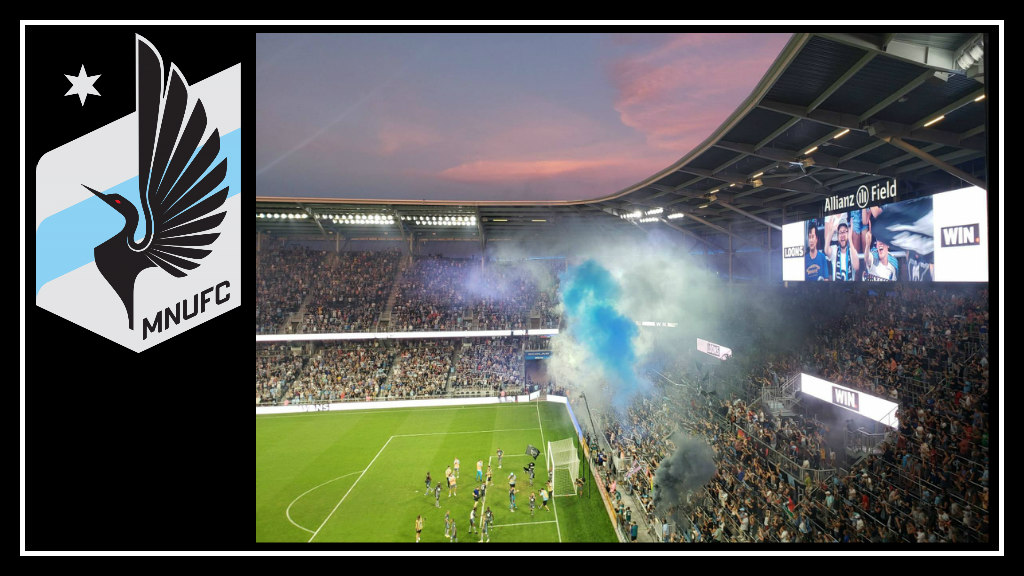 After a come-from-behind victory in Montreal and a thorough trouncing of USL’s New Mexico United in a US Open Cup quarterfinal, Minnesota United returned to conference play on Saturday on home grass against FC Dallas. Their third match in seven days was a big one: Minnesota sat 4th in the West, Dallas 5th entering the weekend. It was everything you’d expect from two evenly matched teams.

Through the first half, Minnesota struggled to get into the final third with the ball, continuing the trend of easy turnovers and poor passing. For their part, Dallas struggled there, as well, losing many an opportunity to a well-timed tackle or screen play inside of United’s 18. With 43% possession through the first half, Minnesota was level with Dallas on shots taken, 7, but Dallas was more efficient in that area and it felt as if they held the upper hand. That may simply have been due to the visitors’ decision making. By contrast, poor choices and touches abounded for the Loons.

After the 6-1 win over New Mexico, Adrian Heath praised his players for their selfless decisions. “My favorite saying, give it to people when they want it, not when you finish with it and that’s what we did,” he told the press. For the first half against Dallas, and much of the second, the Loons were not living that motto.

But each player held the other accountable in a very much one-v-one match. Most notably, captain Ozzie Alonso was furious with Chase Gasper when the rookie, in a scramble to avoid having to use his less-favored right foot, sent the ball over the touchline rather than allowing it to go out for a goal kick. Gasper wasted no time in making up for the gaff; he went right back to his mark at over 100% effort.

Gasper was one player singled out by Heath after Saturday’s win: “I’ve got to single out the two kids, the fullbacks. I’ve never seen anyone play [Michael Barrios] as well as Chase Gasper’s done today.”

That other fullback, Hassani Dotson, has made himself known in Romain Metanaire’s absence. He may be supplanted on Metanaire’s return, but he will, at the very least, be a known quantity off the bench.

Sophomore forward Mason Toye has been on a tear recently, scoring 3 goals in his last 4 appearances (after going scoreless across 17 appearances in 2018). He added to that tally on Saturday, scoring on the rebound just as the 4th official raised his board announcing 5 minutes of added time.

As 19,906 fans celebrated the goal heard around the Midway, Dallas mounted a comeback. Fresh off the bench, Dallas’ Bryan Reynolds charged toward a loose ball in the Minnesota box and there was little Mannone could do:

“I’m calling for this ball to kill the game and Chase [Gasper] didn’t hear me. I was coming, I was screaming and obviously the crowd was loud. He had the touch, and once I’m there, I’m trying to stand still. And he’s going away from the goal, he’s going wide, he’s not even going through the ball and I thought, with his run he came into me, but. Anyway, he gave it.”

Video review rewarded a penalty to Dallas after Mannone’s collision with Reynolds. Defender Reto Ziegler lined up for the shot as Minnesota fans held their breath. Fortunately, for Mannone, two days of study paid off: “His run up was telling me something different from what I saw in the video[…] It was quite long and on an angle. When he approached the ball, I thought he couldn’t put it on this side anymore, and I thought, let me try and guess over there.”

He guessed correctly. If Toye’s shot was the goal heard around the Midway, Mannone’s stop was the save heard around St Paul.

The locker room celebration was a subdued affair. Joyous, certainly, but quiet. Most of the guys cleaned up, dressed and headed home. They’d moved up to third in the west, the job was done for the night. While the reserves take a swing at Aston Villa in a friendly on Wednesday, most of the starters will have a long rest ahead of next Saturday’s trip to Salt Lake.