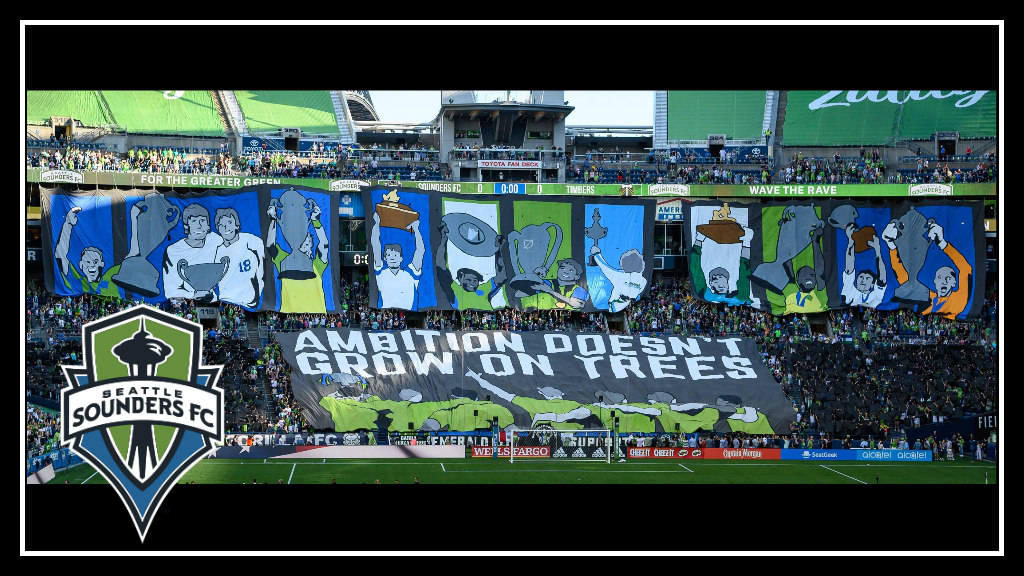 Rivalry games are one of the most powerful aspects of competitive sports. As an avid sports fan, these are the games I circle on my calendar as soon as schedules are released. Manchester United vs Liverpool has been one of the biggest rivalries in English football dating back to their first meeting in 1894. USC football vs UCLA football has been a blood bath since 1929. Seattle Seahawks vs San Francisco 49ers has been a turning-tables rivalry for decades. These are the games I live for every year as a fan.

Atop my rivalry list is Seattle vs Portland. Even in the USL days, these teams did not like each other. The rivalry has always, from a Seattle native’s perspective, felt like a little brother vs big brother rivalry. The younger brother of Portland has always wanted to climb outside of the shadow of big brother, Seattle, and has done so successfully a time or two.

But statistically, the Sounders dominate this rivalry. The pure amount of hardware displayed in the pregame tifo shows that. But on Sunday, as they did in the playoffs last season, the Timbers outplayed and conquered the Sounders.

Both teams came out firing and aggressive. There was a push and a pace to this game not typical of either team and each team’s DP forward put on a show. It was chippy, aggressive and the epitome of what this rivalry game is year after year.

After a back and forth battle of offensive chances, Portland opened the scoring in the 21st minute of play. Jorge Moreira rattled a long-distance shot off the crossbar that fell oh-so-kindly at the feet of Brian Fernández, who placed the ball swiftly in the back of the net.

Not to be outdone by his Argentinian rival, Raul Ruidíaz, the Peruvian, equaled the scoreline in the 50th minute. Roman Torres sent a long ball up to Ruidíaz, who was able to round the Timbers goalkeeper and slot in the equalizer, making the contest 1-1.

Fernández would tally his second of the night only 1 minute later, finalizing the score at 2-1 to the away side. The stadium fell completely silent with only the roars of the Timbers Army’s cheers pouring through the air of defeat that covered CenturyLink.

Two Strikers on a Hot Streak

Brian Fernández and Raul Ruidíaz are the latest names on the list of powerful strikers to appear in this heated rivalry. Both strikers come in on an undeniable hot streak of consistent scoring. Signed only in May, Fernández had scored 6 goals in 6 starts heading into Sunday’s rivalry match. Similarly, Ruidíaz had notched 8 goals in 10 starts on the season.

The list of influential strikers in this rivalry is top class: Clint Dempsey (SEA), Fernando Adi (POR), Ryan Johnson (POR) and Freddy Montero (SEA), to name a few, had massive performances in the history of this rivalry. But if both Fernández and Ruidíaz stick with their respective clubs for the long haul, it could raise the rivalry (and their respective teams) to an unparalleled level in MLS.