MN United Draw: A Team With Nothing To Lose 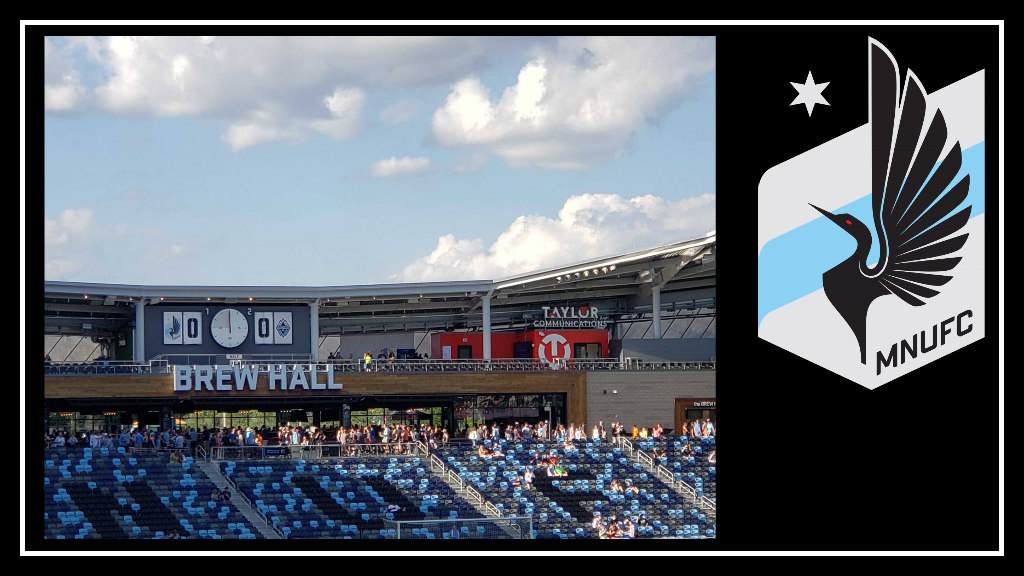 After a full week’s hiatus from match play, Minnesota United FC returned to Allianz Field to face the wind-whipped Vancouver Whitecaps. Fourth in the West hosting last in the West midway through the season… Who expected six months ago that the host of such a match would be Minnesota?

Coming off a stale performance in Salt Lake and at least one training session that had Adrian Heath threatening bench time for players not giving their all, the Loons put in an inspired first half shift.

Dominating in both possession and shots (a rarer combo that one would think), Minnesota gave the home crowd (coming off an eternal 10 days’ rest themselves) plenty to cheer about, even if none of the shots tallied were on goal. Shockingly, the Wonderwall did not launch into ‘Score, d**nit!’ as it normally does in such matches. On this night, it would have been understandable given another statistic, that of Heath’s favorite method of attack: the cross.

Copy/paste: The Law of Averages

In the first half alone, Minnesota tallied 16 crosses in the run-of-play. Had that tactic resulted in even 1 shot on goal, it would be reasonable to stick with it for 5, 6, maybe 8 plays. But 16 crosses resulting in 0 shots on goal? Absurd. Some of them were beautiful. Metanire, Finlay and Ibarra were all in on that action and Ibarra was on the receiving end of a few, as well. Unfortunately, Vancouver’s backline saw every single one of them coming, shutting down every ball and rebound, often before it could enter the six-yard box.

The second half shared a similar theme with one difference: The number of balls skimming over Vancouver’s crossbar late in the second half. With Vancouver quadrupling their first-half shot total halfway through the second, Minnesota’s dwindling attack saw a small spark from the addition of Mason Toye and Abu Danladi in place of Rodriguez and Finlay. That is not to say, however, that the bolstered shot total included any on frame.

At the final whistle, Minnesota had 16 total shots to Vancouver’s 8; 1 shot on target to their 5 and 32 crosses to their 7. A clean sheet against a struggling side, a scoreless draw against a squad that’s shipped 16 in their previous 4 matches. A match that saw half of the Wonderwall depart before most of the Loons had left the pitch. How does Adrian Heath feel?

“I’m really pleased with the effort, the desire, energy,” he told the media. “The energy from the players was terrific. The only thing lacking was the final ball in the final third […] I can’t remember the last time I was involved in any team that got 37 crosses on and probably didn’t get on the end of one or two or three. That’s an issue.”

Rookie left back Chase Gasper, Heath’s Man of the Match, when asked if he felt the result adequately reflected their performance, responded, “No, I don’t. I thought we deserved the three points, but – That’s soccer. We have to tip our hats to Vancouver. They came in, fought to the very last minute and played the game very close.”

Gasper and ‘keeper Vito Mannone both repeated the sentiment that they could take positives and negatives from this match when looking ahead to their next MLS match against Portland – a game with huge playoff implications – and their next US Open Cup match, also against Portland, the club’s first semifinal appearance as an MLS franchise.

While some fans may be frustrated with this lackluster performance against a bottom-of-the-table side, they should take a note from Gasper:

“What we’ve really been working on these past few weeks is not conceding goals. So, I thought the team, defensively, we did our job at not conceding so we’ve got to just take the positives out of the game and that was the biggest positive.”

Indeed. Minnesota United has been in Vancouver’s place. They’ve played the spoiler plenty of times, holding off an attack on the road and splitting points with playoff contenders. This time Minnesota was the home team, fending off Yordy Reyna and Fredy Montero while occasionally challenging Maxime Crepeau in goal. The Loons kept their composure against a side with nothing to lose, walking away with just 2 yellows (though Quintero’s will prevent him from dressing on Sunday).

This is still a better team than in years past, despite repeating familiar patterns. The Loons swim on.