MNUFC Climb Their Way To US Open Cup FInal 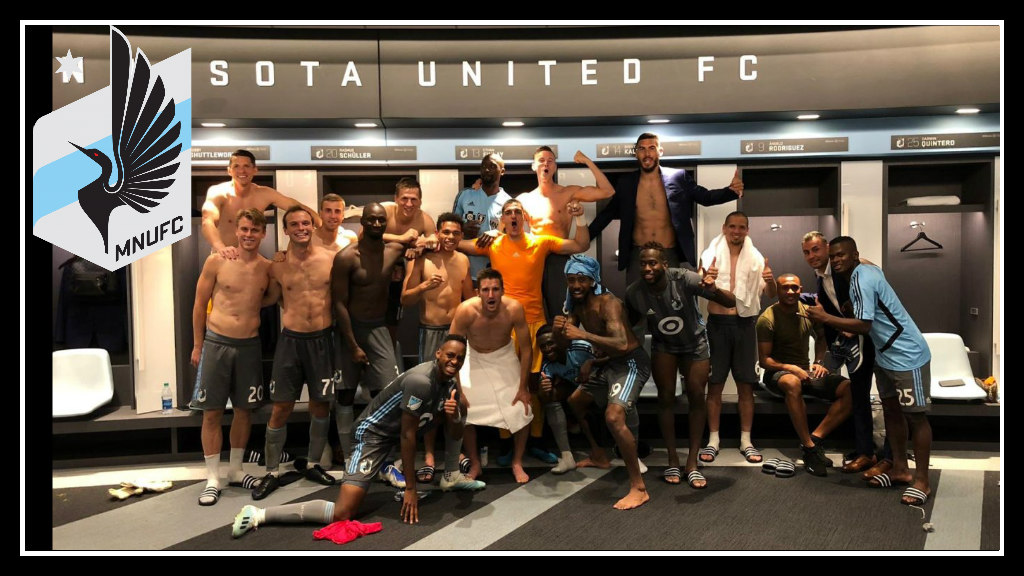 Minnesota United hosted the Portland Timbers for not one, but two matches this week. The schedule could not have worked out better for the Oregonians who’ve always wanted to be temporary citizens of the Twin Cities. Sunday’s MLS action will be discussed at length in another article. For now the spotlight is on the Loons’ first US Open Cup semifinal appearance as an upper-tier club.

After toppling the Timbers 1-0 on a last minute penalty kick on Sunday, the only thing certain about Wednesday’s bout was that it would be a nail biter. These two clubs are pretty evenly matched in terms of lineup and formation. Sunday’s match was an end-to-end battle start to finish and just minutes into Wednesday’s action, there was a clear repeat ahead, despite a much changed attack.

While Portland held a slight edge on Sunday in terms of possession and forays into the final third, Minnesota took over that role on Wednesday. The Loons had made 4 runs into the Timbers’ 18 inside of 4 minutes and were able to shut down every counterattack before it could get dangerous. Of course, the deadlock was broken by a penalty kick. How else?

Darwin Quintero converted the penalty, called after his own free kick found a hand in Portland’s wall. Captain Ozzie Alonso was seen running 70 yards down the field to say something to Quintero before his attempt. When asked what the instruction was, head coach Adrian Heath quipped, “Probably, ‘score.'”

Minnesota nearly made it into halftime with the lead, but Portland knocked in a stoppage time goal that left Heath wondering, “Where’s VAR when you need it, eh?” Brian Fernandez was potentially offside when he struck the ball from Jeremy Ebobisse, but it was not reviewed as VAR is not used in USOC play. One viewer captured this still frame which makes it doubtful a review would have been in Minnesota’s favor:

The second half was much the same as the first. The team’s traded shots, blocks, tackles, and fouls; Minnesota’s attacking players continued to struggle with their first touch; and the Wonderwall grew louder. Then, in the 64th minute, Mason Toye finally connected.

“Whenever Kevin gets the ball and has space and time, I’m just going to run and try to get myself into a good spot,” Toye said. He also said they did finishing drills together after practice this week: “That might have helped.”

Toye’s father was in attendance for what the striker called the most important goal of his career, his second match-winner scored in USOC play. Dad was probably biting his nails through the final 30 minutes while the Loons held off the Timbers who worked tirelessly for tying and winning goals. Despite their efforts, which ran well into the 5 minutes of added time, the Loons held on.

They will face fellow expansion side Atlanta United at Mercedes Benz Stadium on August 27. How does Heath feel about playing his club’s measuring stick?

“It’s nice for us, yeah,” he said, before adding another jab at ‘MLS dot com’: “The flags will be at half-mast in that building tonight, with Minnesota in the final.”

Jokes aside, Heath plows ahead. His squad faces two Western Conference foes over the next week (Dallas on Saturday, Colorado on Wednesday), important matches if Minnesota is to stay on top of the table.

By the time Minnesota lands in Atlanta, Lod will be more fit and the club’s first Young Designated Player, Thomas Chacon, should have his visa paperwork squared away. Whether Chacon will factor into the attack in Atlanta remains to be seen. That may depend on how the rest of the squad handles training and the intervening matches and on the Uraguayan’s fitness level.

The one thing fans can be sure of: This is a big year for Minnesota United. Year Three was billed as ‘THE’ Year and is shaping up as hoped. Playoff contention and the club’s first-ever US Open Cup final.

Over the next month, the Loons will definitively answer the question, “Who runs the North?”