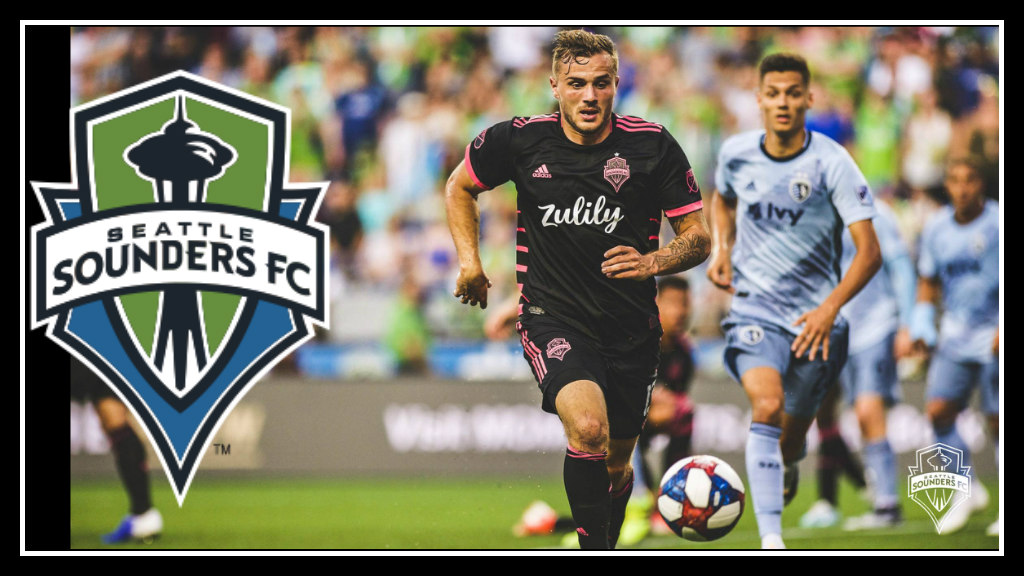 It was another tough home match on Sunday night as the Rave Green dropped another important 3 points at home, this time to Sporting Kansas City. This was the second consecutive loss at CenturyLink Field, which has not happened in over three years. The Sounders now sit in a 3-way tie with San Jose and Minnesota for second place in the Western Conference.

Felipe Gutierrez struck first for Sporting in the 12th minute, silencing the nearly 38,000 fans in attendance. The Chilean would add his second goal only 21 minutes later after VAR determined Nouhou made a penalty-awarding tackle on Gerso Fernandez.

Although down 2-0 after 45 minutes, the Sounders still had some fight in them during the second half. Jordan Morris got Seattle back in the game with a beautiful strike just moments after kickoff. Nico Lodeiro picked up is 10th assist of the season, making this the third consecutive season the captain has tallied 10 or more assists.

In the 58th minute Erik Hurtado gave Sporting a 2 goal lead once again, recording his first goal of 2019 in his first start for SKC. The former Whitecap found his way through the Sounders’ back line after a pinpoint pass from Gerso Fernandez.

Once again, Jordan Morris made things interesting in the 82nd minute and converted his 7th goal of the season to make the game 3-2. While the Seattle native had several more opportunities through the rest of the game, neither Morris or his teammates could find another goal and the match finished with Sporting Kansas City leaving Seattle with 3 points.

While the loss was tough and not at all pretty, there were some bright spots to the disappointment. Jordan Morris notched his 7th goal of the season and scored in back to back games for the first time since September 2016. It was also his third multi-goal game as a Sounder. Morris is now the second leading goal scorer of the season.

However, the positive marks basically end there. While the last time the Sounders dropped 2 home games they eventually won the MLS Cup, these losses don’t indicate a light (or trophy) at the end of the tunnel. The entire team looked flat and uninspired against the Timbers two weeks ago and the same could be said of the play last night.

Joevin Jones, who is filling in for the continuously injured Victor Rodriguez, looked out of place on the left wing for most of the match. He misplayed several passes inside the box and attempted to play down the middle through Lodeiro.

Nouhou, who was starting for the injured Brad Smith, made defensive error after error and despite the speed and agility both players possess, he and Jones could not get any chemistry going down that left wing.

While Jordan Morris single-handedly kept the Sounders in the game, he made his second consecutive start for Raul Ruidiaz, who is still in concussion protocol.

Gustav Svensson missed another match with a hamstring injury and was replaced by 16 year old Danny Leyva. Kelvin Leerdem was in the 18, but did not feature and Saad Abdul-Salaam started at right back in Leerdem’s place.

Xavier Arreaga started at centerback for the suspended Roman Torres and played alongside Kim Keehee. However, Kim did not display the comfort and partnership next to Arreaga that he has always had with Marshall and Torres.

The injuries and lineup adjustments are officially a concern for the Sounders. While General Manager Garth Lagerway has continually been quoted as saying he “likes our current squad”, the recent record and dropping of points indicates some reinforcements need to be brought in… and soon.