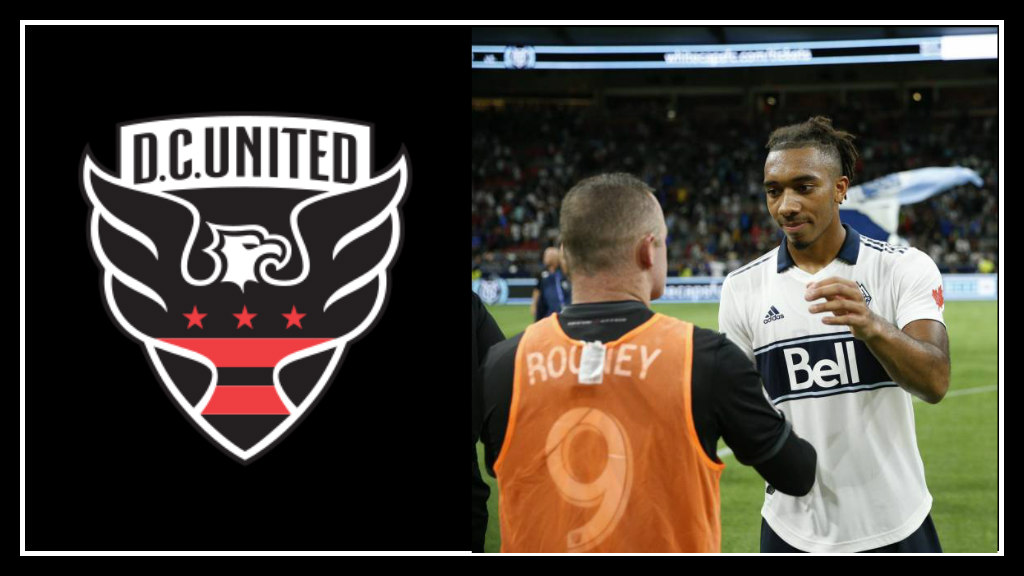 D.C. United lost to the Vancouver Whitecaps on the road, with a lone goal scored in the first half deciding the match. After a standout performance against the LA Galaxy, sans Wayne Rooney and Luciano Acosta, it seemed almost preposterous that D.C. was bested by a team sitting in last place in the MLS Western Conference Standings.  Almost.

With a stacked roster, D.C.’s road trip to Vancouver could have been an easy opportunity for the Black-and-Red to secure three points before returning home to face their rivals, the New York Red Bulls, on Wednesday. New signing Ola Kamara was available to play in the away match, only increasing the feeling of confidence going into Saturday night’s match-up.

Coach Ben Olsen began the match with many familiar faces in the XI, and for the first 10’ , D.C. seemed well in control of the match; then, the wheels came off the bus. Although they made 24 total shots, D.C. could not seem to find the back of the net. Only two shots were on target, an early shot in the 2’ by Paul Arriola and another shot in the 19′ by Ulises Segura.

Vancouver also only managed two shots on target, however, unlike D.C., one by Yordy Reyna managed to pass through the frame and connect, putting the Whitecaps up 1-0 in the 18’. It would be enough to best the Black-and-Red.

Even with 7 minutes of stoppage time added – yes, 7 – D.C. was unable to convert one of their 24 shots into a goal and left empty handed. Much to the chagrin of the team’s captain, they also had 12 hours of flight time to think about what went wrong.

Officiating seemed to be a pain point for D.C. again. What appeared to be a handball on the part of Vancouver, went without any call from referee Timothy Ford. Rooney, who is known to have publicly taken issue with MLS’s inconsistent officiating before, went off on the 4th official as he was subbed out of the match for Ola Kamara in the 74’. Post match, Rooney expressed his frustration, saying:

“Because I have my opinions on the referees and it’s not very good. So, I feel they need to improve the game – that’s my opinion. I feel like I’m entitled to my opinion. I said a couple of weeks ago, I got kicked, the referees do nothing. All I’m asking for is a bit of protection and it would be nice if Howard Webb could come to the training ground and let us speak to him over it because I feel it’s happening game after game. And to get some clarification, it would be nice if Mr. Webb came down to the training ground to speak to us.”

There were two standout performances of the night, despite no result. Paul Arriola totaled five shots during the match, his most this season, and seemed to be everywhere on the pitch. Often considered to be Ben Olsen’s ‘Swiss Army Knife’, Arriola is a play maker, capable of influencing the match wherever he happens to be positioned.

Paul tried to draw the positives from the match saying, “We had early chances to go ahead. We knew what Vancouver was going to bring to the table. They were very well-shaped defensively and looked for counter-attacks. They’ve got very good players up top. Credit to them, they executed when they needed.”

Ulises Segura, who has been simply outstanding in D.C.’s last few matchups, was incredible with his service during the match.  The midfielder’s successful passes, open play crosses, and key passes would have certainly been converted to assists had D.C. managed to score against Vancouver.

D.C. United will face their rivals, the New York Red Bulls at home this Wednesday and followed by a road trip to Philadelphia to face the Union on Saturday. With the urgency of securing a playoff berth looming, hopefully the Black-and-Red will make a turnaround before these two tough matchups.