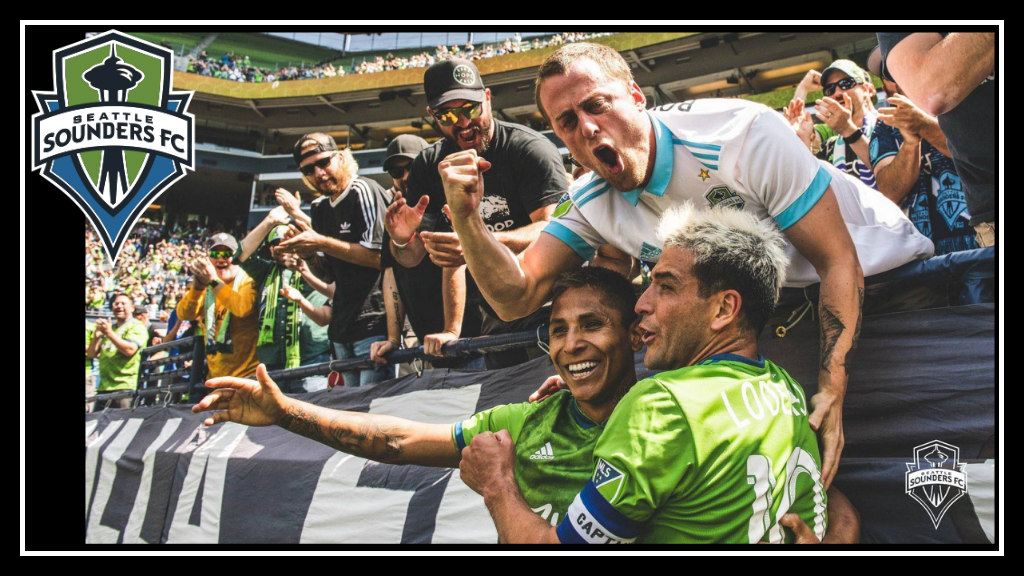 I’ve been quiet in my game summaries since Seattle lost at home to Portland on July 21st. After that game, I wrote an article that generally said that losing to Portland wasn’t the end of the world, but the Sounders were not alright. After squeaking out a 1-0 victory on the road in Houston the following week, nothing has gone right for the Sounders in every match that’s followed.

In the month of August, the Sounders are winless and have gathered only 2 points in 4 games. The Rave Green lost 3-2 at home to Sporting Kansas City, who at the time were second from the bottom in the Western Conference. While I have a great deal of respect for Kansas City as a club, that was a game the Sounders should have taken 3 points from. But they let in 3 goals at home, an occurrence fans are starting to see often, and couldn’t capitalize on their own offensive chances.

Then Bruce Arena and the New England Revolution came to town. While New England is on an upswing, this too should have been a sunny Sunday afternoon for Sounders fans. A can of Rueben’s brew, some boom-boom-clap, 3 points and back to business. But instead, the game tied 3-3. Six goals in the back of the Sounders’ net in 2 games. And then they took to the road.

A double game week on the road is never an easy task, especially for a squad absolutely gutted by injuries like the Sounders are. But taking another 3 goal beat down in Salt Lake and not even recording a shot on goal is embarrassing. It’s uncharacteristic. As Brian Schmetzer has said recently to the media, it is not the Sounders way of play. So again, the Rave Green marched on to visit another Western Conference foe: the Los Angeles Galaxy.

Down in Carson, the Sounders lineup was still missing 3 to 4 key starters and facing a Team Zlatan that was shining with fancy new TAM/GAM players (that would be DPs anywhere else in the league, mind you). But the Galaxy gave the Sounders a much needed break in the 6th minute when Daniel Steres was red carded for DOGSO (denying an obvious goal scoring opportunity). This should have been a golden opportunity for the Sounders. A man advantage, even against a team led by Zlatan, should basically guarantee 3 points.

But much to the dismay of commentator Taylor Twellman and Sounders fans alike, Seattle did not high-press the opportunity. Instead, they sat back and did not alter their game plan in the slightest. In the 42nd minute, Raul Ruidiaz finally put the ball in the back of the net, but the man known as Zlatan leveled the score only 3 minutes later. The Sounders midfield gave Sebastian Llletget plenty of time and space to send in a lofted ball to the most towering Ferrari in all of MLS and this happened:

Zlatan would go on to draw his own penalty and convert from the spot in the 65th minute. Then, in the 82nd, David Bingham decided to play as recklessly as the Sounders defense has for the past month and a half and do this:

Own Goal struck once again and became the only reason the Sounders, who were up a man from the 6th minute, took a point home from LA. Seattle now sit in 5th place and face Portland away next week and the Galaxy back home at CenturyLink the following week. No slouch of a schedule on the back of what is nearly the worst run in Sounders history. However, the worst run in Sounders history ended with the firing of Sigi Schmidt in 2016. Falling in the standings, letting in 11 goals in 4 games and unable to keep a healthy squad has left Sounders fans wondering what in the world can turn things around.

So… what is going on in Seattle?

Well, the first thing to note is Chad Marshall retired. While I realize that happened at the end of May, it’s impact has been felt in more than just the on-field play. Marshall was the leader on the field even without the captain’s armband. Before him, Ozzie Alonso kept things in check. With both of these impactful leaders departing this season, the squad is looking around (literally) for someone to lead and finding no one.

The second note is our signings have been a bust. Joevin Jones has returned a shell of the defender he led the league in assists in 2016. His play has been inconsistent at best. Xavier Arreaga, the DP center back Seattle vastly overpaid, has shown no chemistry alongside Kim Kee Hee and made several mistakes that have lead to scoring opportunities for opponents.

Before the summer transfer window closed, former MLS player Luis Silva and Argentine Emanual Cecchini were brought in. Cecchini has been hyped to fans as a CDM to fill the Ozzie void, while Luis Silva is simply a more seasoned Harry Shipp-style winger. Neither of these signings fit the most pressing needs of the Sounders and General Manager Garth Lagerway continued to state to the media that he “likes our squad the way it is.”

Injuries have been the third note of issue for the Sounders. Brad Smith and Kelvin Leerdam have missed a combined 11 games as of late. Victor Rodriguez has been out due to injury for 13 games so far this season, Raul Ruidiaz has only played 6 of the last 11 league games and Gustav Svensson has only logged 4 full 90 minute games since week 9 of the season. Oh, and Roman Torres went and got himself suspended for 10 games for taking some sort of illegal vitamin.

The final note of issue facing the Sounders has been the gradual decline and recent exit of co-owner Joe Roth. While the Sounders front office recently introduced 11 Seattle-based families (including Macklemore and his wife and Ciara and Russel Wilson) to take over Roth’s majority share, fans were quick to speculate that Roth’s lack of recent involvement and exit from the club were most likely a key factor in the lack of major signings lately.

Sounders fans tend to have two pools of thought: Rave Green ‘Til I Die or What Have You Done For Me Lately? The former will continue to support, cheer and love the Sounders. They are the first to point out that the last time Seattle went on a run like this, they won MLS Cup. The latter demand a DP signing when things get rough, sell their tickets after what was the worst 4 game home stretch in Sounders history and insist that Brian Schmetzer isn’t the man to lead this team.

Both groups come from a place of Seattle Love. They love a team that plays hard and with passion for the full 90. They know the history of a team that has tallied the second most points in all of MLS for the past decade. For both of these groups it isn’t necessarily MLS Cup or bust, but play hard. Win games you should win. Score goals and try to keep less than a dozen out of your net in a 2 week stretch of games. But for many of the reasons I listed previously, we’ve all been greatly disappointed.