NYCFC cuts off the Columbus Crew 1-0 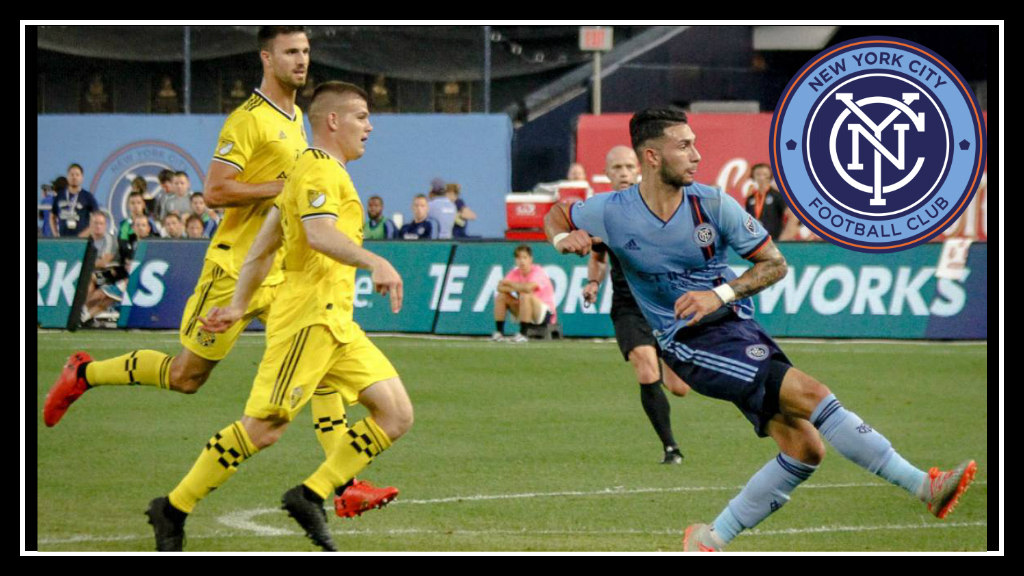 New York City Football Club faced off against an inconsistent Columbus Crew and managed to pull out a win.  As I’ve said recently, I was nervous about how this game would play out. As low on the table as Columbus sits, they have recently taken down good teams on the road, such as during their match with the New York Red Bulls.

Defenders Alex Callens and Anton Tinnerholm returned to the lineup from minor injuries.  The first half was smooth sailing for NYCFC as they maintained tight possession in the middle and attacking third –  70% possession in fact.

The attacking partnership of Héber and Taty Castellanos looked strong with both attempting through balls and diagonal runs in or around the box. Sometimes the passes were a hair off, but it looks like they are getting more and more in sync each game.  Castellanos also continued his goal scoring run by putting one in off a pass by Maxi Moralez in the 36′.

The NYCFC attack was complemented by the left wing runs of Ronald Matarrita, which opened up space in the middle.  It must be noted that the eternally peppy Mata will attempt to chase down any and all passes.  In this match, his aerial crosses were not necessarily hitting their target, but they worked to scramble the Crew’s defense in front of the goal.  Columbus Crew’s goalkeeper Eloy Room worked very hard in the first half to keep it to one goal allowed.

📽️ | Taty hits his tenth of the season to give #NYCFC the lead in The Bronx!

The immediate reaction after the match was that NYCFC played terribly in the second half.  The main difference was Pedro Santos being subbed into the game for the Crew.  He played on another level from the rest of the fielded Crew team last night and is incredibly hard to predict and defend.

Santos’ bursts of speed and runs into open space set NYC’s defense on their heels causing the team to lose patience with their tried and true plan of tight possession which had been set forth by head coach Dome Torrent .  Once Santos entered the equation, the team seemed to get impatient and would send long balls or crosses too soon and then were quickly needing to deal with the ensuing counter attacks.

A bit more good, though

With James Sands out for 6-8 weeks with a broken collarbone and Ebenezer Ofori out with a knee injury , Tony Rocha started at midfield and looked like he’s been drinking the Dome Kool-Aid.  With his short quick passes to and from Maxi while making diagonal runs and his physical defensive pressure, he appears to be settling into the lineup.

Maxime Chanot defended extremely well throughout both halves, while goalkeeper Sean Johnson had to become very active in the second half.   At one point fans were worried about both of them as they  were down and clutching their heads after saving an attempt on goal.  Minutes later, Johnson saved a goal just outside the box with his own head.

I can say that home fans breathed a sigh of relief to escape that game with three points.  Next up is a match with regional rival NY Red Bulls on Saturday.

How will NYCFC deal with the typical RBNY high press?  Will they stay patient and stick to their game plan?  With RBNY’s physical style, will Matarrita start with a yellow card on his back?  Will RBNY be able to start the seemingly injured goalkeeper Luis Robles? Will any of this matter as Red Bulls seem to be the LA Galaxy to NYCFC’s West coast counterpart LAFC?