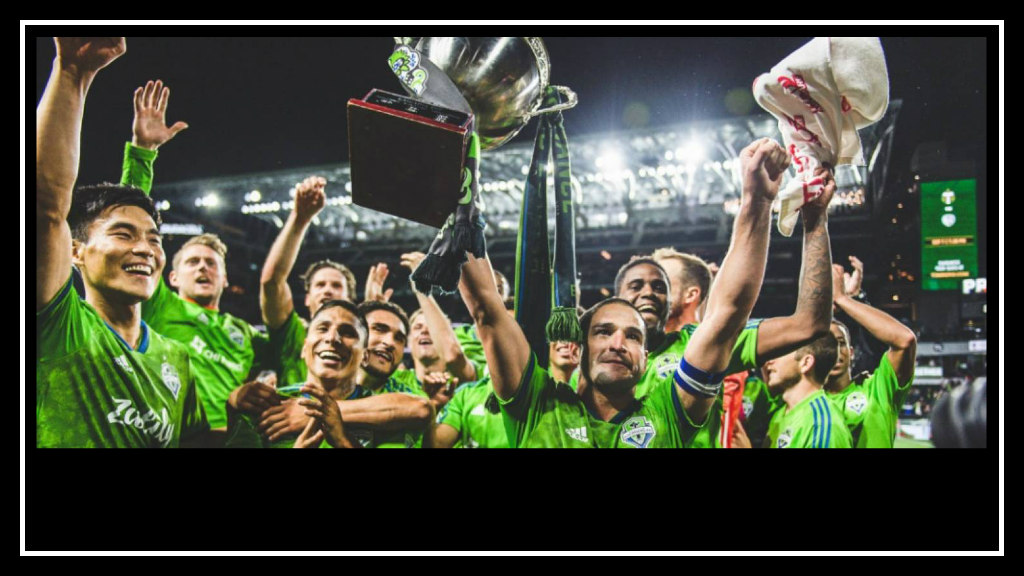 This is the season of 2-1 defeats for both the Seattle Sounders and Portland Timbers. The two teams traded defeats at home this year with Portland taking a 2-1 victory in Seattle and the Sounders grabbing a 2-1 win at Providence Park on Friday. Seattle hoisted the Cascadia Cup trophy in back-to-back seasons after the victory and, most importantly, grabbed a much needed 3 points to remain in playoff contention.

The first half contained a few moments of offensive and defensive highlights from both teams, but nothing as impactful as the show both teams’ supporters groups displayed. For the first 33 minutes of the match, neither supporter group waved flags, sang songs, yelled chants or performed their respective duties as the Timbers Army or Emerald City Supporters and Gorilla FC.

The stadium, usually tightly packed with sound, was still for those 33 minutes. The television commentators had a tough time navigating the silence and, honestly, the players seemed put off as well. However, both teams came together at the start of the match to show support for the message the fans were intending to send to the league. The picture of both teams together is one that I never thought I’d see, but the photo sends a powerful message that two utter rivals can put their dislike aside for the message of anti-fascism and anti-racist.

MLS Commissioner, Dan Garber, was in attendance for the match, which may or may not have impacted the display shown by both groups. However, the response the league has shown towards the anti-fascist and anti-racist cry from supporters groups across MLS has been disappointing. A silent protest by two of the most prominent, most vocal supporters groups in what has consistently been voted and considered the biggest rivalry in MLS sends a strong message that hate will not be tolerated in this beautiful game, whether in the stands or on the field.

The match itself had the usual amount of ticky-tack fouls, offensive aggression, and defensive prowess this rivalry has become known for. The Sounders opened the scoring in the 22nd minute after Cristian Roldan thundered home a rebounded deflection from a Jordan Morris cross. Morris spent most of the game running circles around Portland’s Zarek Valentin down the left wing.

The Timbers were quick to push back after the opening goal, testing centerback-pairing Xavier Arreaga and Kim Kee-hee with many offensive chances. Kee-hee and Arreaga stood strong, the latter committing so hard to the proper shirt tuck that fans are slowly starting to embrace the trend after his stellar showing against the powerful Portland offense.

Although Jordan Morris appeared to pick up a knock late in the first half and seemed unlikely to continue, he and the rest of the Rave Green came out blazing in the second 45. In the 47th minute, Morris again drove past Valentin and sent a pin-point pass in to Raul Ruidiaz, who converted from 8 yards out.

The Timbers pulled one back in the 54th minute when Diego Valeri’s free-kick took a deflection in to the back of Seattle’s net. The rest of the game showed chances for both teams, but after the full 90 minutes and SEVEN additional stoppage time minutes, the score held 2-1 in favor of Seattle. With the Western Conference standings tighter than they’ve been in years, every point counts and these were 3 huge points Seattle desperately needed to take home with them.

The Sounders will face Zlatan Ibrahimovic and the LA Galaxy at home next Sunday at 3:30 PM for another important Western Conference battle. The Sounders are hoping to snap a home winless streak, the longest in franchise history, against the high-powered, Carson-based LA team. It has been reported that both Brad Smith and Victor Rodriguez should be available for selection, providing Seattle with a true first team selection since May.