Oh, Darwin Quintero – Will He Ever Throw It Back to You? 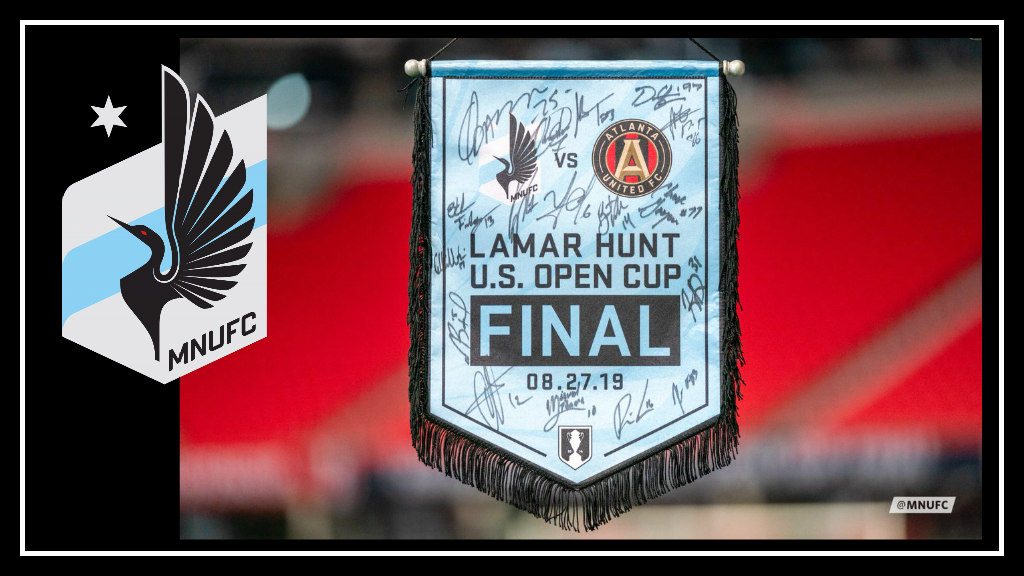 The US Open Cup Final was a winnable game (as winnable as any big game played by a Minnesota team can be – take that however you wish). Adrian Heath’s favored lineup was well rested, new acquisitions eligible for selection, and the opponent a known quantity. The Loons needed only to keep their shape and begin the match on the front foot. They did neither of those things.

The players can hardly be faulted. They were on the back foot from the moment the Starting XI and formation had been decided. The two most puzzling factors for fans? The omission of Darwin Quintero and the switch to a 4-3-3.

Minnesota could not have made it to the final without Darwin Quintero. He earned the 2019 USOC Golden Boot, scoring at least once in every round played en route to the final. He stood alone atop the table with 6. Four players were tied runners-up with 4 goals, including Quintero’s fellow DP Angelo Rodriguez and Atlanta’s Brandon Vazquez. So why leave him on the bench in the final?

If there were any doubts as to whether he was worth the DP money when he joined the club in March of 2018, Darwin Quintero quickly quieted them, notching 11 goals and 12 assists through 27 appearances. His sophomore season has been less impressive, with 6 goals and 5 assists being overshadowed by countless missed opportunities in his 18 appearances.

Ironically, the same supporters who had yelled for Quintero to be taken off the field in league matches (Overheard in the Wonderwall: “He doesn’t know how to strike the ball,” “His first touch is s–t!,” “What the f— is he doing out there?!”) were the first to decry his omission from the Starting XI in Atlanta. *You could swap Angelo Rodriguez for Quintero as the subject of this paragraph and those points would still ring true, but his omission from the 18 was more understandable given recent injuries.*

Coming to the fore of Minnesota Soccer Twitter once again is #HeathOut. Heath had carefully managed Quintero’s minutes in a tight league schedule leading up to the final. Why bother to do that with a player you plan to sit? Longtime fan-favorite Miguel Ibarra got the same treatment, a painful move given his history with the club and the implications of the match.

Ibarra has been struggling in 2019 as well, with a single goal in 17 appearances. But his biggest impact has always been off of the score sheet, his work rate up and down the pitch never going unnoticed. Have Quintero and Ibarra played themselves right out of Heath’s favor, ‘dropped themselves’ as Heath is wont to say, by not being the flashy difference makers they once were?

Minnesota’s first- and second-year rookies have been holding their own this season next to the veterans. After a short, but fruitful, loan spell with USL-affiliate Forward Madison SC, Mason Toye is showing promise with the first team. Despite a red card-earning show of poor sportsmanship in early August, the sophomore striker has made an impact, credited with 4 goals and 3 assists in just 10 appearances. Toye also scored the winning goal in the USOC semifinal against Portland Timbers. Was this enough to earn the start in the final? Possibly.

Heath left his favored back four (lined left to right: Gasper, Boxall, Opara and Metanire) intact, but sent Gregus, Alonso and Dotson out as a midfield trio and put Lod and Molino on either side of Toye. Heath had adopted this formation previously in desperate moments (in cases of injury or other absences), but never with these eleven players, who were only just beginning to build chemistry in the favored system.

The midfield shape limited the squad’s wing play, an essential piece of the club’s midfield transitions, and the Loons appeared lost through the first half, struggling to maintain any semblance of order when moving in either direction. Up front, Lod and Molino struggled to create chances on the rare occasions when the midfield successfully won them the ball. Toye was left wandering alone into the final third, flirting with an offside call, but failing to get behind the Atlanta defense.

With a history of odd tactical decisions made to prove a point to his players, it is quite possible that Heath’s late announcement of the Starting XI (Players were not told until Tuesday morning whether they would play that evening.) and the implementation of the 4-3-3 was meant to send a message.

By selecting a 4-3-3, Quintero and Ibarra’s positions were effectively eliminated. Had the Loons managed to win, Heath’s message to Quintero (in a contract year) and Ibarra (his market value likely at its peak) would have been loud and clear: We’ve won with you, but we can win without you. The man from Manchester may be taking Minnesota’s passive-aggressiveness to another level.

The two main goals of Minnesota’s Three Year Plan were to win the Lamar Hunt trophy and make the playoffs. With that first opportunity squandered, all eyes turn to the playoffs. As of Saturday morning, United sits at 5th in the West, just 5 points ahead of Portland who sit just below the playoff line in 8th with a match in hand. With such a tight race, United needs every point it can get from a tough September schedule, beginning on the road at LAFC.

The Open Cup Final was a bad time to experiment with formation and lineup, but doing so in the final weeks of the season? That could be catastrophic. With his defense set (lacking in depth, but serviceable) Heath needs to utilize every attacking tool in his arsenal. Quintero and Toye, despite their flaws, have been clutch in key moments. Ibarra, Molino, Finlay, Rodriguez; they’ve all been difference makers, on the scoresheet or off.

Minnesota United has everything it needs to make a run in the playoffs. Heath just needs to acknowledge that and let it happen. The biggest phase of the Three Year Plan begins now and the league is watching. And the only thing guaranteed for the Loons in September is that there will be more surprises from the gaffer.