Want You To Be Happier 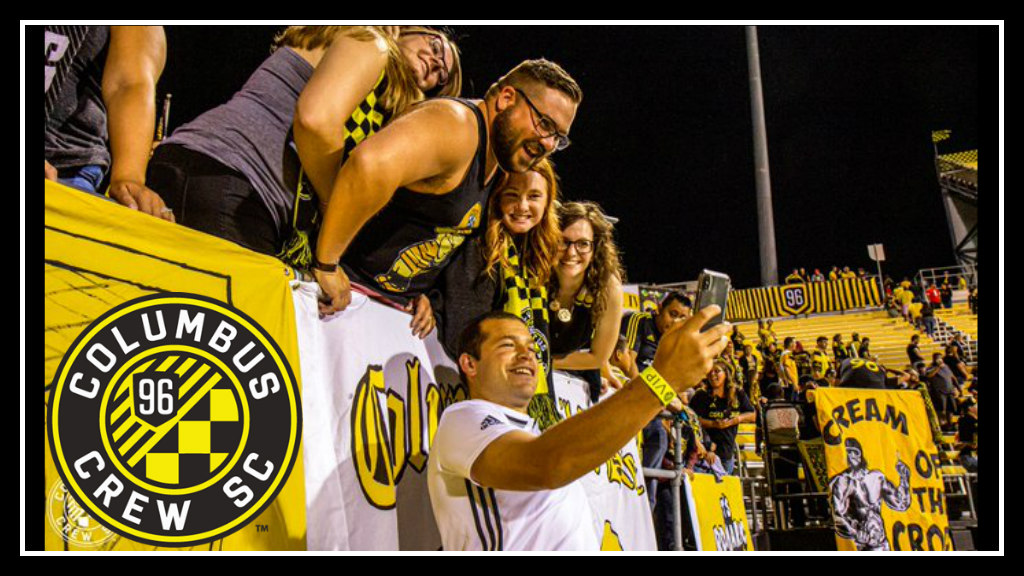 “I want you to be happier.” These are the lyrics that played through the loud speakers as I left Mapfre Stadium after the Columbus Crew faced the Chicago Fire on Saturday. It was like the team was telling us they knew that they wanted fans to be happier. That they knew they weren’t executing the game as they should and could. And they weren’t.

On the Crew’s first official Alumni Night, complete with jerseys that listed all the players that had worn that number before, the Crew couldn’t pull out the win and ended up with a 1-1 result.

The Crew had several opportunities for goals in the first half from Santos, Argudo, Maloney, Afful, Diaz, and Zardes, and limited Chicago to only one dangerous attempt by Przemyslaw Frankowski. In the 27′, the Crew’s attempts paid off when Pedro Santos carried the ball down the sideline, into the center of the field, and took a shot from outside the 18 that hit the back of the net to give the Crew the lead.

Then at halftime, which was the highlight of the evening for me, all of the alumni who had returned to Mapfre were introduced. As they were introduced, the alumni were given a scarf from one of the original Crew season ticket holders that are still season ticket holders today. These alumni included Edson Buddle, Jeff Cunningham, Dante Washington, Gino Padula, Alejandro Moreno, and Frankie Hejduk just to name a few.

In the second half, the game seemed unremarkable for the Crew but the Fire seemed to bring some danger. Eloy Room made a great save in the 82′ to keep the Crew in the lead. However, in the fourth minute of stoppage time, the Crew gave away the lead when Aleksandar Gaitan passed a ball through the Columbus box to Frankowski who was streaming in unmarked on the backside of the net. He buried it to tie the game. After Chicago found the equalizer, the Crew made many attempts to get another goal but didn’t.

Thoughts about the Match

This team can’t play on their heels. They have given away so many goals in the same fashion as they did in this game because they are passing the ball around or giving it away in their third of the field. They need to continue to attack. They have not had a game where they have been dangerous the entire time, and every time they have a half where they are not attacking, they give up silly goals.

Eloy Room deserves a shut out. He’s been a phenomenal replacement for Zach Steffen, but the team has not rallied to help give him a clean sheet yet.

Connor Maloney is essentially a fourth string left back and didn’t even play defense in college. Despite his first shaky start against Cincinnati a few weeks back, Maloney has played admirably. Hopping above people twice his size to get headers, running at full speed to make recovery runs, and letting off a wicked shot this week, it’s nice to see a player making strides when given an opportunity.

I continue to appreciate the new ownership. Seeing them embrace the alumni–the foundation of the club–and celebrate our heritage makes me excited to see what they continue to do in the future. Now, if they could just get Eddie Gaven back for an alumni night…

Let’s hope that after a week off, the Crew can make me happier when they face Atlanta United on September 14th.