“Having a Professional Soccer Team is a Privilege Not a Right.” 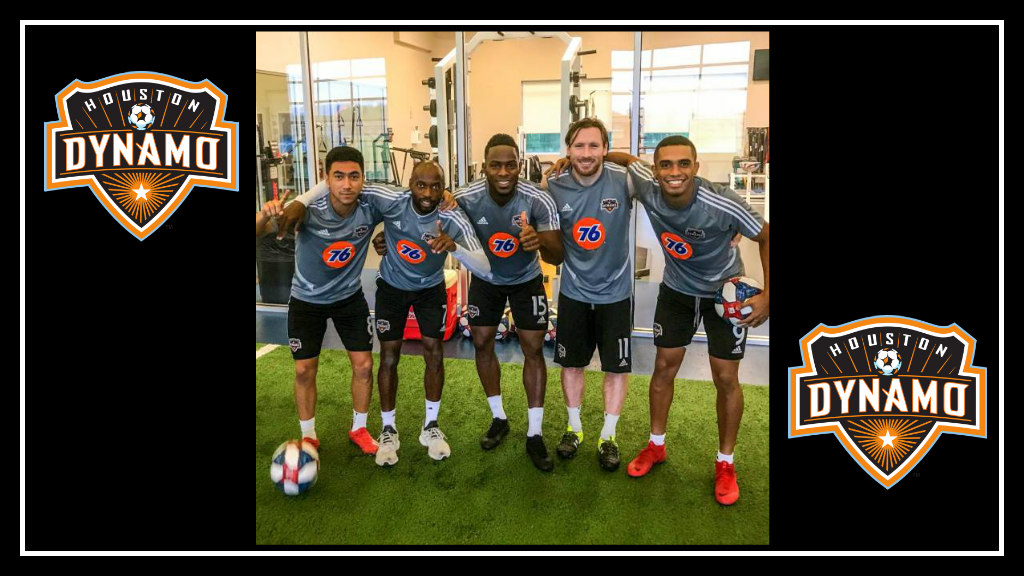 Well, friends, it’s been a whole MONTH since I’ve been able to sit down and put any words on a screen for MLSFemale, and I apologize for my absence. Between the start of the school year and youth soccer season, and some waves in the unscripted reality show of real life, I simply haven’t had the headspace to devote to covering the Houston Dynamo’s functional slip from playoff contention over their last four matches.

With the same count left in the season, one match of which will play out before this article goes online, the Dynamo have only their pride and the city to play for, the latter having become an increasingly tough crowd to stand for. The players will have to dig deep – both in the depths of their own hearts and through mountains of negative social media posts – to find the inspiration to compete.

I’ve mentioned repeatedly since signing on to cover the team that I am Forever Orange – a fan through wins, losses, trades, and turnover. I love the sport of soccer, and nothing is more of a privilege to me than to have a home team within driving distance to support. As my friend Sean Ringrose has often said, having a professional soccer team is a privilege and not a right. I make it a habit not to take the organization for granted and to express heartfelt gratitude to all of the staff that keep the wheels greased and turning every chance that I get.

Despite my love for the game, the team, and the staff that support my soccer habit, I remain aware of my own shortcomings. I have never coached a team – not even kids rec team. I’ve definitely never managed a professional sports organization or any portion of its staff. And, most tragically, I have never accumulated any kind of wealth that would earn me even the tiniest level of ownership of a professional team.

With those things in mind, when I take to the keyboard to review or critique the team’s performance in an article or online, I am doing so from a layman’s perspective. I am absolutely opinionated and appreciate every platform that I am provided to express my thoughts. However, I have never once expected that my opinions bear any weight or hold any purchase in the upper echelons of the actual Dynamo training space or front office.

That is not to say that the organization isn’t listening. When John Walker came into the Dynamo/Dash organization as President of Business Operations almost a year ago, he worked to make sure that fans started having more access to communicate with and provide feedback to the front office. I’ve been in several rooms with him myself and have happened upon him out in the world on more than one occasion. But given an inch, a number of fans have taken this newfound access to another level.

In addition to improving communication, John Walker has started making changes to the operations of the club and the stadium, which is absolutely what he was brought to Houston to do. Some fans were unhappy about changes and have taken to social media to lodge complaints. This became less of an opportunity for people to be heard and more of a showcase where fans with differing opinions began going after one another.

I have been right in the middle of it and own my place in the mudslinging. Fans that love the team are pitted against fans that love their seats. Fans that dislike ownership are frustrated at fans that continue to show up and spend money. The Dynamo have stopped being a uniting force for their Houston fans and have become a team that has fans split into factions, each with their own ideas and demands for the office and ownership.

And besides all of the real life stuff, that is where my head has been for the last month. I looked around at my social media, my team, and its fan base and decided it was time to step away for a minute and take stock.

My simple reality is that I am here to support. Period. I’ll be standing, singing, and supporting my team for the rest of this season and into the next. I’ll have my 2020 season tickets in the supporters section – regardless of where the front office decides it will land next year. I refuse to be one more opinionated amateur screaming on social media, demanding to be heard, and I’m done engaging with them to increase the visibility and reach of their complaints.

And to quote Bubba Gump, “That’s all I have to say about that.”

And with that, it’s time to get ready and head to Houston – the Dynamo take on Orlando City tonight at BBVA Stadium.

One thought on ““Having a Professional Soccer Team is a Privilege Not a Right.””