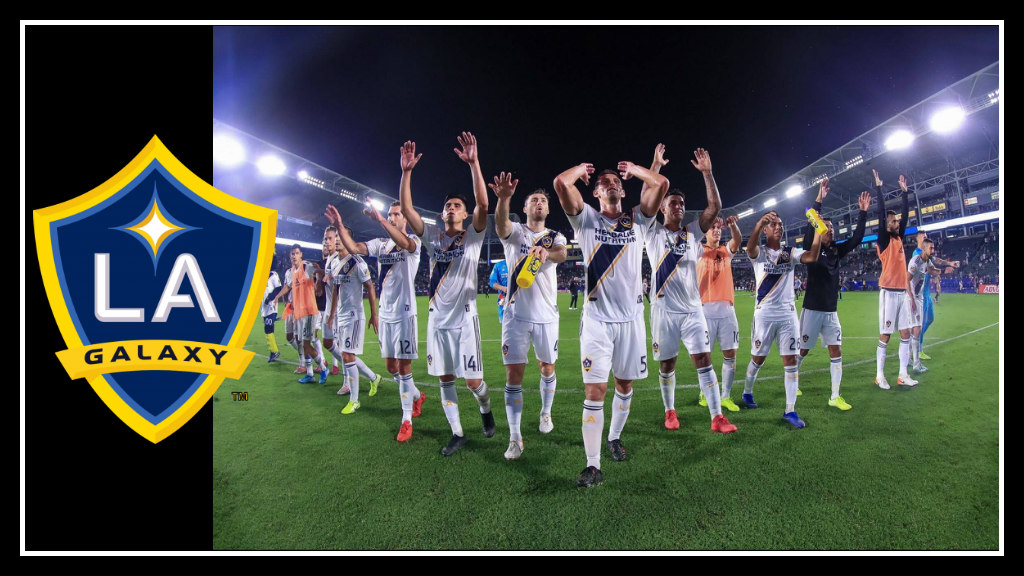 September 15, 2019 was a big day at Dignity Health Sports Park.  Fans rolled in early around 2pm (7pm kick off) to enjoy Central American Night celebrations,  which included a DJ, cumbia band, pupusas, a photobooth, micheladas, Cachiporras, and more.  (See below for highlights of the festivities.)

At the tailgate, Academia de Futbol Juvenil Amatence (AFJA) was set up in both supporters’ groups, LA RiotSquad and Angel City Brigade, accepting both monetary donations, and new and gently used soccer equipment for kids in Central America. AFJA is a U.S. based non-profit that helps underserved communities in El Salvador, particularly by providing a fully funded youth soccer academy.

It was also Laker Night to celebrate another leading championship team in Los Angeles.  Fans could bid on exclusive co-branded jerseys. The LA Galaxy Foundation auctioned off jerseys with custom Lakers kit numbers.

LA Galaxy was finally playing at home again. After the International break and a loss in Colorado.

Every game at this point is a must-win, especially with the West being such a tight race. Literally 2 points separate teams from second place and even 11th place isn’t yet mathematically eliminated.

Every Galaxy fan hoped the team would come out to play with passion, but no one could have guessed that LA Galaxy would hammer it the way they did.

But, we fans of the blue, white, and gold are scarred from the previous season(s) and held our breath until we were up 5 goals.

LA Galaxy paced themselves to beat a Sporting Kansas City side that came out hot. SKC had their playoff chances snuffed out by a final score of 7-2. See highlights from the evening below including festivities and all seven goals:

Despite MLS referees’ decisions not being in the Galaxy’s favor, the home team broke through the opposition.

Joe Corona’s header was the second of the night and was his first goal with the club.

Uriel Antuna scored in the 69’ which made him the second top goal scorer, currently for the club with 4 goals.

Sebastian Lletget got a brace, scoring back to back goals.  He’d been having a rough season and seemed to be in a bit of a slump, but this was just what was needed to regain his confidence.

As I type this on Thursday September 19th, the majority of the games in the Western Conference have resulted in the Galaxy’s favor to keep them within playoff standings. It’s up to LA Galaxy to solidify their place on the table. The five-time championship franchise seems to be well on its way now.

There will have to be a starting line up change as Rolf Feltscher will be suspended for the next match due to yellow card accumulation. Corona and Romney found themselves back in the starting XI. It looks like this 2019 team finally has depth, too.