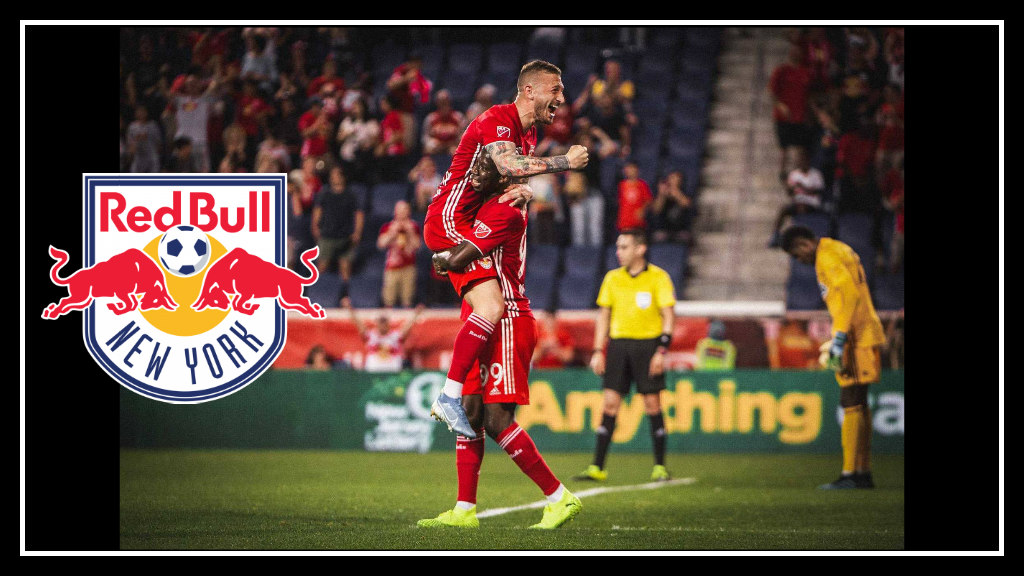 Did I miss anything?

I’ve been kinda busy. You’ve heard that one from me before. But you deserve something from me, Dear Reader.

The Red Bulls have made the playoffs every year since Red Bull Arena opened. Ten seasons now. Will it be different this time? The team has entered at the top and the bottom of the bracket in those years. But the MLS Cup eludes them. Their style of play has always seemed to blow up in their faces during the post-season. If even one piece of their complex puzzle is missing, the entire thing is for naught. That cannot happen again… unless it does.

Be a Big Noise

The Red Bulls welcomed the Philadelphia Union for Hispanic Heritage night. Having won their last game against the Portland Timbers, RBNY needed to use that momentum. Problem was, they didn’t. Not really. They were sluggish in comparison to that last game. Although, to be fair, I was sluggish after that game, too. 10:30pm kickoffs are no joke! But I digress.

Tom Barlow scored just after the half-hour mark and y’all… it was pretty sweet. That mid-western kid is making things happen. Officially, he hails from St. Louis- not a “small town.” But the big city is putting him up with the big boys.

So Much Larger Than Life

The Red Bull back line came up big, in the way fans have expected them to. Aaron Long’s goal line clearance and Tim Parker’s ability to completely trounce opponents are a thing of beauty. Kemar Lawrence sacrificed himself repeatedly to make the necessary runs and tackles. Kyle Duncan, who scored midweek against Portland, went the full 90 and proved he is ready for more.

I Greet Them With the Widest Smile

Winning by one goal is fine, but having a second is really nice too. There were plenty of opportunities throughout the game. When Bradley Wright-Phillips entered the match with 29 minutes left, one might expect he would add to the scoreline.

And he did… by assisting Danny Royer in the 96th minute.

(I’d love to get the backstory on every tattoo he’s got.)

I’ve Got to Make it Show

Red Bull fans are now starting D.C. Hate Week, when they give voice to the rivalry that fosters the Atlantic Cup (all apologies to my editor-in-chief and lovely colleague). Then a jaunt up to Stade Saputo and the Montreal Impact to end the regular season. The potential to host a playoff match is on the line. A home field advantage is, well… big.

(P.S. Remember when music videos were an art form?)