You Can’t Always Get What You Want: D.C. United Draw with FC Cincinnati 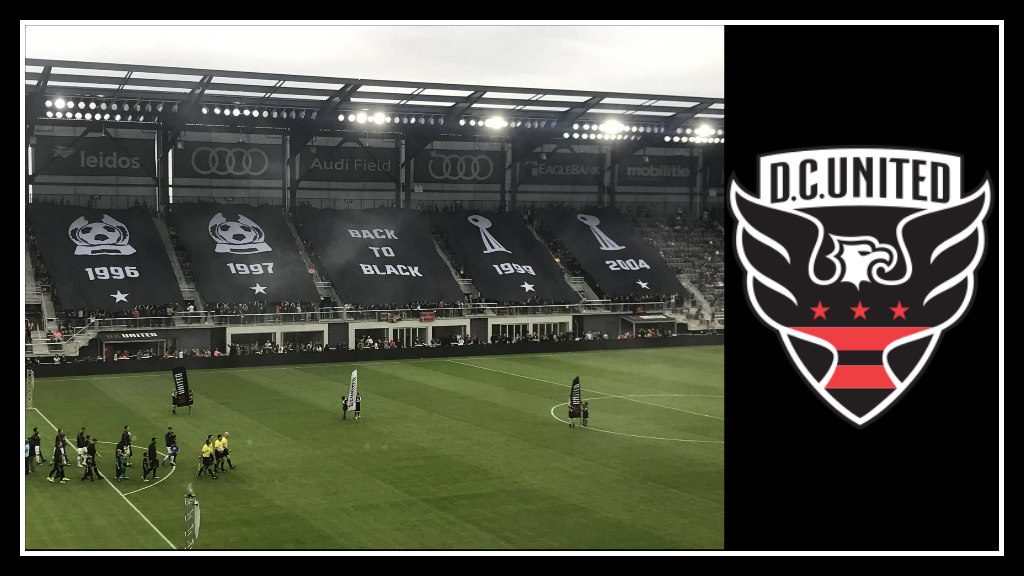 In the last match of the regular season, D.C. United faltered, unable to break a scoreless deadlock with FC Cincinnati. What should have been an easy win at home turned into a physical and frustrating game that eventually cost D.C. United a home playoff match.

Decision Day has a way of bringing surprises to the League, and today was no exception. Although their season record has been nothing short of dismal, FC Cincinnati brought everything to the pitch at Audi Field for their last match of the 2019 season.

The Stage Was Set

Black-and-Red supporters so desperately wanted a win, and optimism hung thick in the air at Buzzard Point. D.C. United broke with broadcasting partner FloSports earlier in the week, in a move lauded by fans. Today’s match was streamed for free on D.C. United’s website, with play by play announcers Dave Johnson and Devon McTavish at the helm, joined by special guest Joanna Lohman (Washington Spirit and USWNT), and D.C. United’s Claudia Pagan reporting from the sideline.

D.C. United had prepared special tifo to honor the club’s four MLS Cup Championships, which were displayed before kickoff. The club has been widely criticized for ignoring its history and culture since moving to Audi Field, and today’s gesture was welcomed by many.

What Happens on the Pitch…

D.C. United began the match on a high note, creating chances and looking dangerous from the first whistle. Head coach Ben Olsen fielded a strong XI and stacked the bench with super subs, to create an 18 more than capable of taking on Cincinnati.

While D.C. began the first half with good pace, they seemed to let off the gas too soon. Cincinnati played with the type of desperation and heart of a team with nothing left to lose, becoming physical quickly with D.C. United. The visitors from Ohio created chances of their own, and while D.C.’s keeper Bill Hamid handily saved each shot, Cincinnati should have never been allowed that close.

The last ten minutes of the first half turned chaotic, and the wheels came off of Cincinnati’s bus. A series of nasty fouls against D.C.’s players, including a dangerous high kick to Ulises Segura and the throwing of Felipe Martins to the ground… by his neck, resulted in not one, but two red cards issued to Cincinnati. In the 41’ and 43’, Joseph-Claude Gyau and Roland Lamah were sent off respectively, leaving D.C. United up two men.

Ulises Segura quickly capitalized on the restart advantage, rocketing the ball into the back of the net for the Black-and-Red. Unfortunately, the elation coursing through Audi Field was short-lived, as referee David Gantar went to VAR for review and subsequently struck the goal as he determined Segura had been offside.

Regardless of the goal being called back, the second half began with optimism; after all, Cincinnati was down to nine men. What the Black-and-Red didn’t bank on was their opponent’s ability to park the proverbial bus, even with the wheels off. Cincinnati moved into a 5-3 formation, creating an almost impenetrable backline.

Throughout the second half, D.C. United struggled to get through Cincinnati’s defense. Assaults by Lucho Acosta, Paul Arriola, Lucas ‘Titi’ Rodríguez, and Ola Kamara were still not enough to earn D.C. another goal. The chances were thwarted by Cincinnati’s defense, and otherwise lacked accuracy. Clinical finishes have been D.C.’s Achilles heel this season, and today was no different.

Yes, FC Cincinnati wasted incredible amounts of time in the second half and were unchecked by the officials. (They used this tactic intelligently, and honestly, any team in Cincinnati’s position would have done the same.) However, D.C. didn’t capitalize on being up two men, or their abundant chances, even with six minutes of stoppage time added to the match.

Where We Go from Here

With the opportunity for a home playoff match off the table, D.C. United will be forced to hit the road and head to Toronto. This is not the scenario desired by the team or supporters; however, the Black-and-Red have been in excellent road form this season. Bill Hamid just logged a record 14th shutout, and D.C.’s defense is one of the best in the League. All that remains is tightening up D.C. United’s attack.

Olsen said, “it’s been one of my toughest seasons, with adjustments and injuries…” Although D.C. United may not have their home playoff match, and supporters likely won’t get to send off Wayne Rooney in style, you can’t always get what you want. The Black-and-Red have a playoff berth, and still have a shot at the MLS Cup. So maybe, we’ll get what we need.

Author’s note: On a bit of a sad note, captain Wayne Rooney made one of his final appearances at Audi Field today. Suspended due to yellow card accumulation, Rooney was on the pitch hours before today’s match, getting in his daily practice. Hopefully we will see Rooney before he departs for England at the end of the season to start as a player-coach for Derby County.