All That Glitters Is Not (Black and) Gold 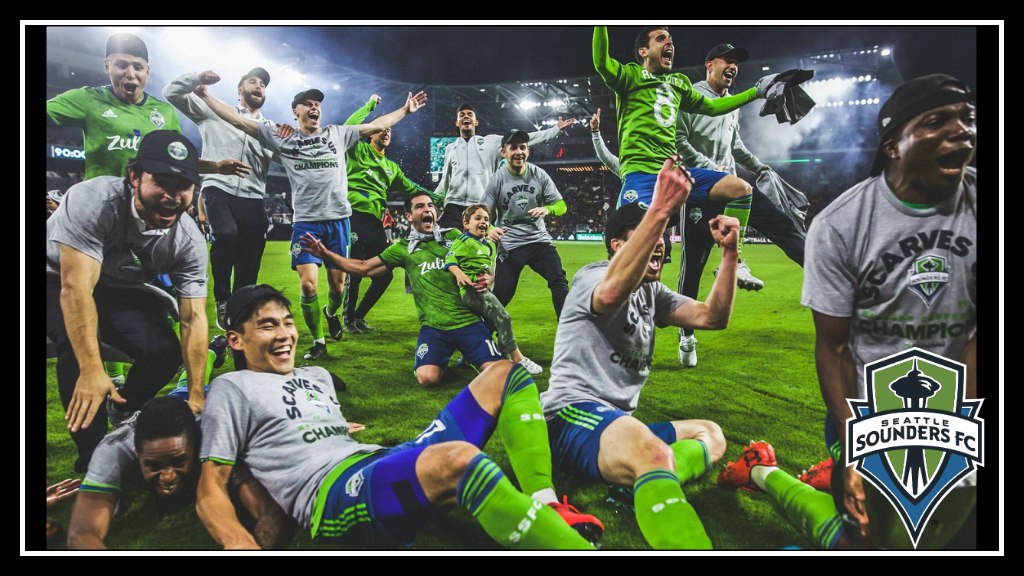 The Seattle Sounders are on their way to their 3rd MLS Cup appearance in four seasons after beating LAFC in the Western Conference Final by a score of 3-1. Yes. That scoreline is real.

Vegas gave the odds at 6:1. The pundits and media members called Seattle ‘underdogs.’ Bobby Warshaw of MLSsoccer.com wrote in his pregame column that, ” Seattle can win this game. But first, they need to be scared. Being scared is the right reaction here.” But the Sounders weren’t scared. They came into Banc of California Stadium last night prepared, focused, and stacked with experience.

In the 17th minute of the game, Eduard Atuesta struck one of the most fantastic free-kicks of the season, curling the ball around the right side of the wall and past Stefan Frei for the game’s opening goal.

After LAFC took the lead, the Sounders never dropped their heads or slowed their tempo. The play was focused and direct from the Rave Green before the goal and nothing tactically or emotionally changed afterward. Just 5 minutes later, Raul Ruidiaz leveled the game with a hard-fought finish from just inside the box.

A mere 4 minutes after Ruidiaz got on the score board, Nicolas Lodeiro gave the Sounders a 2-1 lead. The back-line of LAFC gave Nico plenty of space to tee up the shot that snuck past Tyler Miller. The Sounders would go to halftime with a 2-1 lead in the Western Conference Final.

The second half played much like the first. The Sounders allowed LAFC to maintain possession (LAFC would end the game with 69% possession) and were happy to attack on the counter and clog the middle, something Bob Bradley acknowledge in a frustrated manner in his post-game interview.

It was as clear in the second 45 as it was in the first that the Sounders were not playing scared. They were sticking to their well researched and practiced game plan, and honestly, they were having fun. So much so that Lodeiro tried this 12 minutes in to the second half:

In the 64th minute, Ruidiaz broke through with his second goal of the night, sneaking one in near the post and giving the Sounders a 3-1 lead.

While the center-backs, Xavier Arreaga and Kim Ki-Hee, gave Sounders fans everywhere a scare with two incidental contacts in the box, the game ended 3-1 in favor of the Seattle Sounders.

The Sounders await the winner of the Eastern Conference Final. The match between Toronto FC and Atlanta United will air on FS1 at 5 PM PST on Wednesday, October 30th. If the Canadian side should win, Seattle will host the MLS Cup for the first time in club history. If Atlanta wins, they will host their second consecutive MLS Cup at Mercedes Benz Stadium.

LAFC Still Had The Best Regular Season Of All Time

Let’s get one thing straight, the loss last night by LAFC does not take ANYTHING away from the season they had. They are, in my opinion, the greatest regular season team in MLS history. The stats showed that, the style of play showed that, and the individual performances showed that.

Carlos Vela was the most dominant MVP in recent years. If there was a “Most Improved” award, it would be given to Eduard Atuesta and the incredible season he had, pulling strings in the middle of the pitch. LAFC had 3 players voted to the MLS Best XI and probably 2-3 that could have been honorable mentions.

But since the MLS Playoffs were expanded in 2011, only TWO #1 seeds have made MLS Cup, while a #2 seed has made it NINE times. Heavy is the crown of those who win the Supporter’s Shield and while LAFC played an incredibly dominant season on the whole, the Sounders were better than them on the night. And that’s the beauty and chaos of MLS playoffs.

Throwing Beers On Opposing Teams (or anyone) Is Garbage

A photo taken by USA Today Sports’ Kelvin Kuo shows Seattle’s Nouhou Tolo is shown kicking away a beer can that was thrown at him by bitter, lingering LAFC fans. This photo was taken 10 minutes AFTER the final whistle when the Sounders were approaching their away fans to celebrate. This was one of dozens of beers tossed by fans aiming at Sounders players and it cannot be said enough how disgraceful this act is.

Throwing beers, but not cups or cans, to celebrate a goal is one thing. It’s part of the culture and environment of the 3252 and that’s fine. But after play was stopped in the 2018 playoffs because Nick Rimando was being pelted with beer cans during the game, you’d think fans would have learned their lessons. But this happened during the game last night and after the whistle. I’ve been to a game at Banc of California, and those beers are NOT cheap, so at the very least, this seems incredibly wasteful and not financially smart.

But in all seriousness, LAFC fans and team affiliates should take a closer look at these actions. It’s not acceptable, appropriate or a good look for the league as a whole. Please use the beer to soothe your emotions, not physically express them.