MNUFC Sends Some Signals Ahead of Expansion Draft 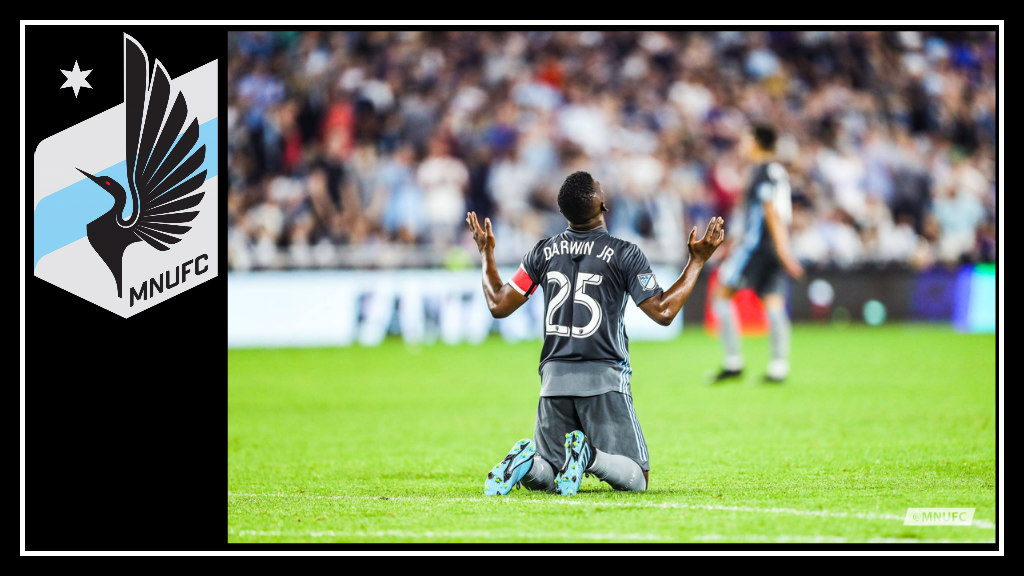 The third year of the Three Year Plan has passed and, while fans of Minnesota United have seen improvement during that time, what comes next is unclear. Of course, no one expects the club to announce its plans for everyone to hear, but a signal of direction can boost supporter morale and confidence. — Or do the opposite.

With one roster move during the MLS trade window and the protected list released ahead of Tuesday’s expansion draft, let’s take a look at the Loons’ TYP 2.0.

When MNUFC signed Darwin Quintero out of Liga MX’s Club America in 2018, big things were expected from him. The club’s first Designated Player was a creator, thus his nickname El Científico del Gol (Goal Scientist). And he took every opportunity he saw to make a goal. It served the Loons well in 2018 — Quintero notched 11 goals and 15 assists in 27 matches, including a hat-trick against Toronto which will live on in MNUFC lore for a long time:

But 2019 saw fewer fireworks from the high-paid Columbian DP (10 goals and 5 assists in 30 appearances) on the pitch and possibly more fireworks off the pitch — Heath benched DQ in the Open Cup final despite his role in getting the club there.

Last week, it was announced that MNUFC had completed a deal with Houston, sending Quintero and a third-round 2020 draft pick south in exchange for $600,000 in TAM and midfielder Marlon Hairston. While new coach Tab Ramos seeks to shore up his Dynamo attacking midfield, Adrian Heath seems to be focusing on youth (Hairston, 25, showed promise in Houston and Colorado but didn’t get much time to capitalize on it) and funds to build up his stagnant striking force.

Signal Two: A Locked-In Defense, An Attack Set for Adjustment

The list of players made available by Minnesota for the Expansion Draft came as no real surprise to anyone who had observed Heath’s unused sub lists. Miguel Ibarra and Brent Kallman have been on that list for quite some time already. Also not a surprise were those players whose options have already been declined: Carter Manley, Rasmus Schuller, Collin Martin, Wilfried, Moimbe-Tahrat, and Ally Hamis Ng’Anzi.

Wyatt Omsberg, Lawrence Olum, Bobby Shuttleworth, and Marlon Hairston, were not unexpected either — Between loans, bench roles and a lack of history, they are reasonable offseason transactions. The inclusion of Abu Danladi, Angelo Rodriguez and Ethan Finlay, however…

Finlay competed with Kevin Molino for the right wing role all season, but while Molino has a long playing history under Heath, Finlay appeared to be in better form. He would be worth more on the transfer market than the expansion draft, but it has been widely reported that he is set on a starting role (as his work rate deserves) and he has a shot at that with Nashville (more likely than Miami).

Danladi and Rodriguez are puzzling. These were two attackers who Heath was determined to fit into his lineup despite their accumulating injuries. Combined with the Quintero trade, it is obvious that the front office is ready for a change of tack. The attack is wide open.

Here is how the protected players line up in Heath’s favored 4-2-3-1:

Not all of these names are locked in. We can only assume that Robin Lod, Thomas Chacon, and Kevin Molino are set because of the energy and money invested in them. Mason Toye runs hot and cold in Heath’s lineups, but is more consistent than the unprotected strikers. Romario Ibarra is only on this list because Minnesota retained his rights in his loan to Pachuca. Aside from goalkeeper Vito Mannone (on loan for 2019 from Reading FC), any significant changes in the backfield would be somewhat surprising.

While each club can lose a maximum of one player in the expansion draft, knowing who Minnesota is willing to shop around for just $50,000 in TAM as compensation really sets the tone for expectations in the offseason.

Year One: Look for consistency and try to build an identity.

Welcome to Three Year Plan, 2.0. Brace yourselves for a crazy offseason.