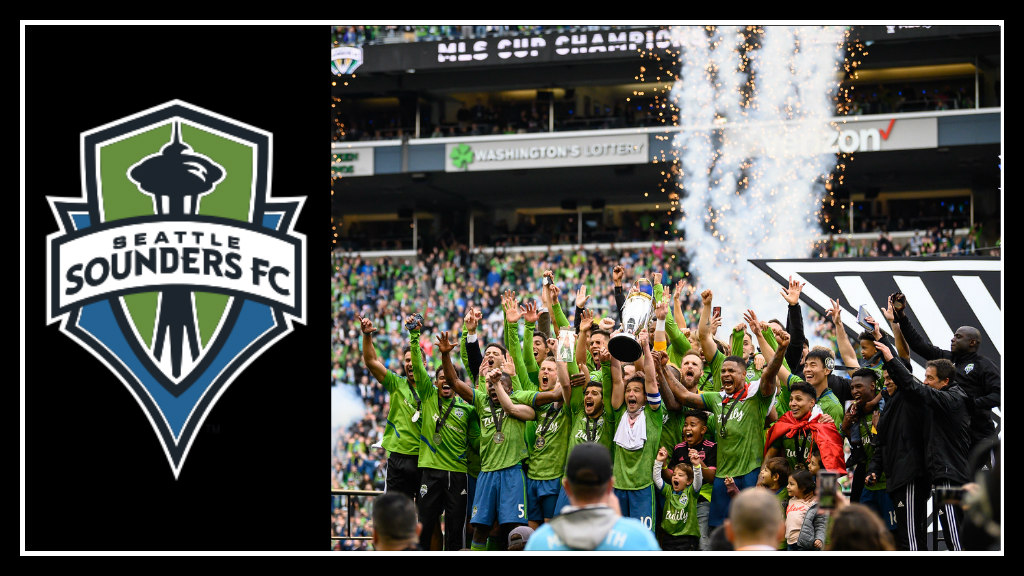 It was dark. Pitch black, even. As I rubbed my eyes to check the time, my clock showed 5:58 AM. I turned my head to see if my husband was awake, but his side of the bed was empty. As I slowly sat up and peered out the window into the darkness, I saw him in the driveway loading up our SUV with tailgate provisions. Clearly, he was even more anxious than I was.

The enormity of the day was not lost on us, as I know it weighed heavily on the minds of many Sounders fans and the people of Seattle. In the week leading up to the city hosting MLS Cup, there was a buzz around Seattle unlike anything I’d ever experienced.

Even before the giant replica MLS Cup Trophy began popping up around downtown landmarks, the Sounders were all anyone was talking about. Between the insane ticket sales, the pre-game Macklemore concert and the fact that this was shaping up to be the biggest championship game in Seattle history, the buildup was massive.

I drove in to the city around 9 AM, with my almost-3-year-old son in the backseat. We met up with my husband, who arrived hours earlier to tailgate with family, friends, and several hundred fellow Sounders fans. After some cold brew coffee, doughnut holes, and sporadic Sounders chants, we made our way to the ‘March to the Match.’ It was my son’s first time.

The scenes were insane. People packed every inch of Occidental Park and it’s surrounding blocks. My husband was at the first ‘March to the Match’ over a decade ago and expressed to me his utter disbelief and joy that this many people would be walking through blue smoke, singing in unison and cheering together.

As we funneled in to the stadium, it was amazing to see it so full, even before kickoff. A typical Sounders game hosts anywhere between 35-42,000 fans. On this day, the stadium would fill to 69,274 people, a stadium record for any sporting event (take that, Seahawks). The Emerald City Supporters put on a show with their tifo as well, pulling off a full stadium tifo to perfection.

As the teams approached midfield and the scarves were raised around the stadium, I looked over to my husband, who was holding our son tightly. While clapping along with those around him, my son yelled, “let’s go boys!” As he had heard his dad yell at kickoff before every game his entire life. I smiled to my husband, so thankful for the moment.

The first half proved to be one of great defensive efforts for the Sounders, which was not what the historical crowd had anticipated or hoped for. The Sounders often looked flat and could not create any offensive threats through anyone other than Raul Ruidiaz. Roman Torres, Kim Kee-Hee, and Stefan Frei were called upon to make several defensive saves. The teams went to halftime tied 0-0.

As the teams came back on to the field, the crowd energy in the stadium became an overwhelming 12th man of support. The Sounders were attacking, creating chances, and bringing the game to Toronto… and the crowd was louder than ever before. In the 57th minute, Kelvin Leerdam’s shot on goal deflected off Toronto defender Justin Morrow and slid in to the back of the net. The stadium erupted to the point of seismic activity. Fire shot from the goalposts and my sweet son said to me, “mama, the Sounders won MLS Cup!” I smiled and said “not yet, bud.”

Victor Rodiguez, the Sounders super sub of playoffs thus far, subbed in at the 61st minute and completely opened up the game. The Sounders turned on the jets and showed no signs of slowing down. Even when Jozy Altidore was brought on in the 68th minute, it was Seattle who dominated possession, shots on goal, corner kicks, and duels.

As an incredibly nervous and superstitious fan, a 1-0 lead was not incredibly comforting to me. Even with the increase in quality play, I was anxiously watching the clock tick down. But in the 76th minute, the game’s eventual MVP, Victor Rodriguez, slotted home a long range effort to give Seattle a 2-0 lead with less than 15 minutes to go. It was in that moment, even with the most dangerous lead in soccer, that I knew we were going to win.

And in the 90th minute, Raul Ruidiaz made sure of that victory with a chip over Toronto goalkeeper, Quintin Westburg. While Jozy Altidore would pull one back in the 93rd minute, the whistle blew moments later and sealed Seattle’s victory 3-1.

The Sounders were officially two-time MLS Cup Champions, but this time winning on their own turf. I couldn’t help but cry as the fireworks exploded around the stadium. I hugged my husband and son so tightly in that moment, knowing it was possibly a once in a lifetime experience for us to have together.

While the Sounders haven’t been the flashiest name in MLS, with the likes of Atlanta and LAFC taking up many of the headlines this season, they proved with this win that they are a team that should be respected. The accomplishments they’ve been able to make in just 10 seasons are simply unmatched across the league.

This MLS Cup championship trophy will go into Seattle’s already stacked cabinet of four US Open Cups, a Supporter’s Shield, and their first MLS Cup trophy from only 3 seasons ago. They also are the only team across the last 10 seasons to make the playoffs EVERY year. And with clutch tactician Brian Schmetzer at the helm and General Manager Garth Lagerway pulling strings, they show no signs of slowing down.

When my family finally got home after staying in the stadium for nearly 45 minutes and celebrating all around Seattle for hours after the game ended, all three of us were emotionally and physically drained. As we put my son to bed and went to close the door, he stopped us and said, “hey mama, hey dada, the Sounders won MLS Cup.” I gave my husband’s hand a squeeze as I responded, “they sure did bud.”

The emotional comedown from this day was intense for me. It took me several days just to put in words what happened and what that win meant to me. And I don’t think I’ll ever have words for what this win meant to this city. Instead, I’ll let Brian Schmetzer attempt to say it for me: