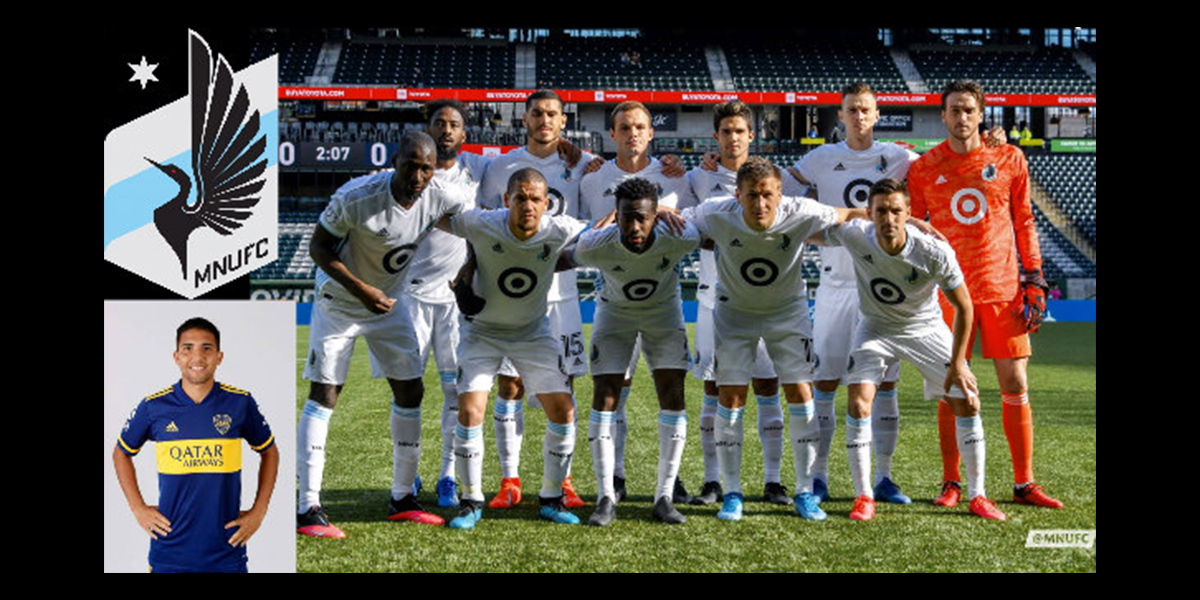 This is the first installment of the Far-Flung Loon, a periodic long-form exploration of the biggest questions and hottest topics in the Cold and Frozen North.

Minnesota United FC made headlines in the offseason for their notable lack of action. Not only was the roster becoming more and more depleted, but there was also very little discussion about pending acquisitions — So much so that by Christmas, some fans half-jokingly wondered if MNUFC would dress eighteen men on March 1. But that all changed as the Loons prepared to begin preseason training.

The Loons had no depth heading into camp. In fact, if they had to choose a Starting XI in January, they would be hard-pressed to field a squad in which more than half were consistent starters or under guaranteed contracts.

Of the players rostered in mid-January, two were not entirely available, Romario Ibarra remains with Pachuca on semi-permanent loan while Vito Mannone’s loan from Reading FC had not been renegotiated; one was not a starter per coaching staff, Thomas Chacon; and one remained under suspension, Brent Kallman.

A flurry of moves preceded — and in one case, disrupted — the squad’s Florida migration. A surprise departure (center back Wyatt Omsberg was traded to Chicago for wing back Raheem Edwards), a less surprising departure (Vito Mannone declined a DP slot, opting for a transfer to Esbjerg in Denmark), some investments in youth (keeper Dayne St. Clair was loaned to San Antonio FC for minutes while 15-year-old Fred Emmings became the club’s first Homegrown Player to learn that position), and a loanee with a purchase option at the No. 9 position (Paraguayan striker Luis Amarilla met up with the team in time for the final scrimmage in Florida) gave fans hope.

And a preseason round-robin tournament in Portland clarified the lineup. Well, it at least provided some idea of the depth chart.

Key points: 1) Rookies Billingsley, Bentley, and Booth, have not received contracts. The latter two are less likely to receive a contract than Billingsley (whose fitness scores impressed coaching staff) and so are shown in brackets. 2) Heath transitioned between his favored 4-2-3-1 and a 4-4-2 formation and the midfield featured a lot of interchange play, therefore listed substitutes for midfielders and wing backs are loosely placed.

A preseason tournament series is a time for rookies, reserves, and newcomers to shine. No Loon shone brighter in Portland last week than Chacón and Raheem Edwards.

The club’s first Young Designated Player played just 85 minutes across two appearances in 2019, during which he marked two shots. But both head coach Adrian Heath and former sporting director Manny Lagos made clear from the beginning that Chacón was there to learn and eventually become a key playmaker, not to make an immediate impact. Starting him against Portland in a midweek friendly was quite a way to tease supporters with the possible super-sub and future face of the Loons.

Not only is the interplay between a five-foot-five 19-year-old and a six-foot-four 29-year-old veteran incredibly fun to watch, it is incredibly effective. Chacon combined with Aaron “Big Celery” Schoenfeld for a gritty, determined goal that perfectly illustrated the benefits of responsible possession and a no-quit attitude in the final third.

No fewer than four Loons were involved in this first half play that ended with midfielder Raheem Edwards scoring his first goal as a Loon. And he earned his second on a nearly carbon copy play in the second half.

The young Loons are alright, but they remained in the loomery during the final preseason tune-up, a Saturday afternoon meeting with Vancouver.

Adrian Heath fielded his Best XI against the Whitecaps. The third match of the week was, unsurprisingly, the least exciting. Despite a seventh-minute stunner from Ethan Finlay that gave Minnesota the lead, they couldn’t widen the gap and did not appear all that interested in doing so. However, unlike previous seasons, exhaustion and lack of interest in the attack did not torpedo the squad’s effort early.

The wheels did eventually come off, but not until the 64th minute, when a poor challenge by Michael Boxall on the ‘Caps’ Lucas Cavallini in the box led to a penalty kick which the forward buried. Then, just like old times, the United conceded a run-of-play goal in the 90th minute and deflated completely going into stoppage time.

All things considered… This may have been MNUFC’s best preseason since entering MLS.

After much trial and error, plus a compromise or two, the club finally has a starting-quality striker in Luis Amarilla. With Schoenfeld and Toye, Heath has the option of running out two versatile forwards. Should Toye be called up for Olympic duty (a likely scenario), the attack would remain more than serviceable.

Midfielders Finlay and Kevin Molino have fully recovered from their ACL injuries (both suffered in 2018) and have shown more commitment to the passing game this preseason, this club’s perennial Achilles’ heel. Robin Lod appears more comfortable as well, having his first full off/preseason with the squad under his belt. Marlon Hairston and Edwards are proving that wingers may not be a bad piece to collect.

Ozzie Alonso and Jan Gregus have looked more confident in each other and their communication with the rest of the midfield has certainly improved. The squad is slowly learning to integrate through the middle, relying on the basics (like completing more passes) to get the ball out of the back.

And the defense finally has some depth and chemistry, meaning fans don’t need to wince every time Ike Opara makes or takes a rough challenge. Sophomore left back Chase Gasper is showing that his breakout rookie year wasn’t a fluke and both Boxall and Romain Metanire are still the gritty veterans willing to put it all on the line. Miller seems to be a solid addition — Supporters have had little to say about how he’s filling Mannone’s large boots, which is exactly what you want in a goalkeeper.

The picture is finally coming together. Right?

When Mark Watson sat beside Amarilla to introduce the striker to the press, the sporting director was fresh off of one of many trips to Argentina, where he has been courting a Designated Player candidate from Boca Juniors.

With an original asking price of $10 million, Boca has been hesitant to let go of Emanuel “Bebelo” Reynoso, an Argentine attacking midfielder who Heath & Co. see as the answer to their No. 10 question. The latest reports out of Argentina (compiled here by MLSsoccer.com) are that Boca will settle for $5.5 million, but negotiations must still be made with Club Atletico Talleres, who still hold partial rights to Reynoso.

When Watson once again flew home empty-handed last week, fans following the saga on Twitter were distraught. With a collection of “Plan B’s” in Molino and Chacon, many see Reynoso as the club’s only chance at being a 2020 MLS Cup contender.

The club is [less] actively pursuing other prospects. As CEO Chris Wright explained to reporters from the Star Tribune, Pioneer Press and Switch the Pitch, on February 9, there is never a single prospect for one position:

So why are so many fans so invested in Reynoso? You certainly won’t stumble upon many bars in the Twin Cities showing matches from the Superliga Argentina or see a Boca Juniors shirt in the stands at Allianz. Matt Doyle of Extratime gave a succinct reason on Thursday’s Western Conference preview show. In short, Reynoso is trusted by Boca.

If MNUFC is focused on Reynoso for that reason, because he boasts Boca Juniors on his resume, whether they can seal the deal or not, the attempt signals progress in the scouting team’s process. With a string of big-name disappointments like Vadim Demidov, Francisco Calvo, Johan Venegas, and Angelo Rodriguez behind them, naming Emanuel Reynoso as a Designated Player would boost fans’ confidence in personnel management.

Whether or not that confidence lasts would depend on Reynoso’s performance. In that sense, it doesn’t matter who is brought in. Minnesota United FC has illustrated year after year that the name and the price tag means nothing.

So Come On You Loons, whoever you are. Year Four starts now.

*A group of loons is often called a raft, based on their tendency to float in groups when resting or preparing to migrate.

**Loomery is another term for a group of loons, but usually refers to groups of chicks or adolescents being led by one or two adults, practicing their swimming and diving.