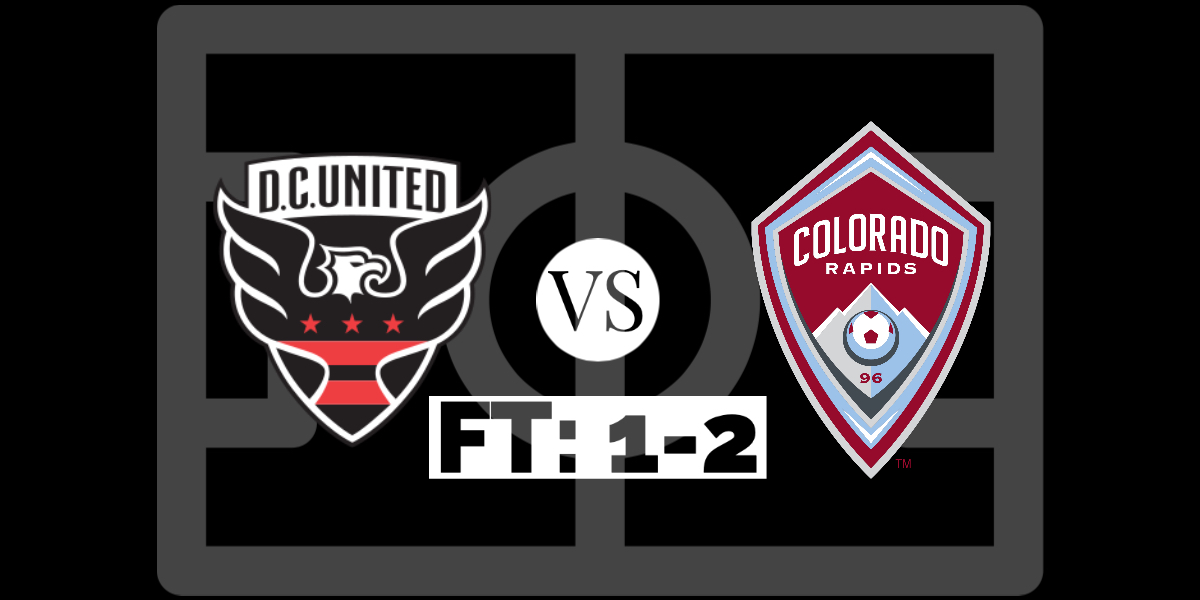 Supporters were layered up to withstand the wind and bitter cold that persisted despite the afternoon sunshine as D.C. United were poised to play their home opener against the Colorado Rapids. Optimism hung over Audi Field given the Rapids 2019 finish, 9th in the West and 16th overall.

While Russell Canouse slotted in a goal in the 60’ to bring D.C. United to the lead, it didn’t last for long. Colorado’s Kei Kamara equalized in the 67’, putting D.C. in desperate need of a second goal.

Unfortunately for Ben Olsen’s men, the Rapids were on the front foot as they played their way to a win on the road, with Johnathan Lewis scoring the game-winner in the 90’ + 2’.  But it’s not all bad news for the Black-and-Red, there were far more positives to take away from an otherwise lackluster afternoon on the pitch.

New signings were fit and on the roster. Edison Flores and Julian Gressel made the starting XI, with Yamil Asad and Erik Sorga in the 18. Asad entered the match as a substitute for Flores in the 71’, bringing his signature energy to the match. Post-match Asad said, “it’s a good group and I hope that everyone develops that chemistry and gets rolling.  Hopefully, with the length of the season, the chemistry comes together.”

After the departure of Wayne Rooney and Luciano Acosta (‘Lucharoo’), the dynamic on the field seems to be much more balanced. We can look forward to the team building on their cohesion as the season progresses.

The pieces are there up top for chances, with Kamara and Flores taking point on a much stronger attack than we’ve seen. With Gressel on deck, who led MLS in assists last season, there should be a much stronger conversion rate once everyone settles into a regular rhythm.

Bill Hamid had a great showing with five shots saved of seven, one cross-claimed and two punches. Given the pressure placed on D.C.’s backline by Colorado, Hamid’s performance was demonstrative of the skill he has honed from his time in Europe and the District.

With 16,711 in attendance, including Nick Rimando and the Peruvian Ambassador, it was a good showing for the D.C. United community. Given that there is now no ‘Wayne Rooney’ effect to inflate ticket sales; this bodes well for the future of soccer in the District.

Head coach Ben Olsen, was a strong critic of the Black-and-Red’s second-half efforts, saying “second half, we just didn’t take care of the ball…we were anxious to go to goal.” Anticipatory long shots and missed connections certainly played into D.C.’s fall this afternoon.

Another noticeable shortcoming, lack of real impact substitutes. The roster is still a bit thin, leaving D.C. limited choices off the bench. The addition of another few pieces will give the team the depth it needs to sustain the long MLS season, now the question is, when will they arrive?