Big Week at the Big O for Montréal Impact 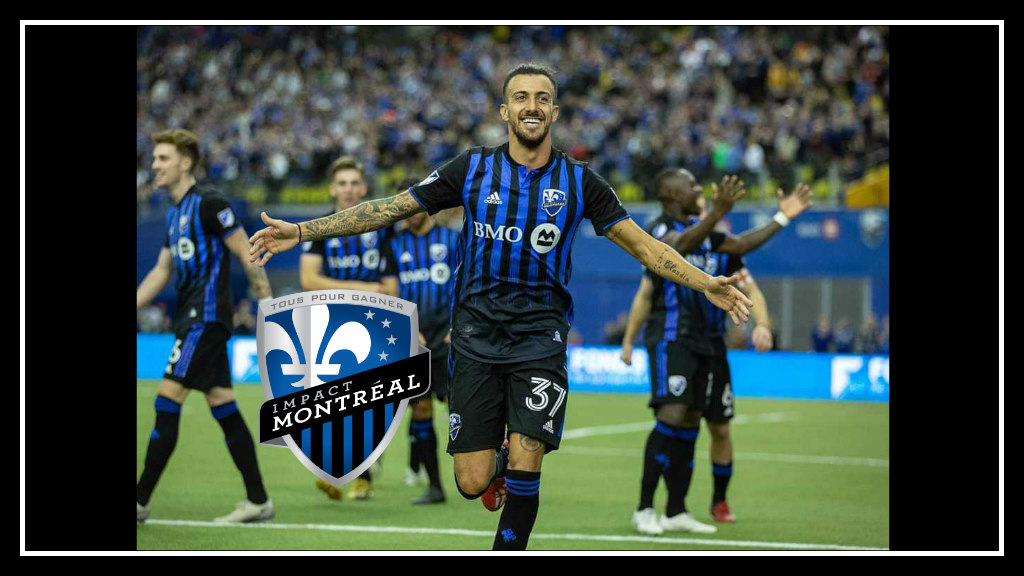 Relegated to the basement of the Eastern Conference by preseason pundits, the Montréal Impact had also drawn the second-strongest opponent possible in CONCACAF Champions’ League. After defying all odds to tie Club Deportivo Saprissa 2-2 in Costa Rica, Montréal was waiting to welcome Thierry Henry’s troops at the Olympic Stadium. Affectionately referred to as the “Big O,” the aging stadium has played home to the Impact’s most epic moments of the MLS era.

Having retreated into a compact defensive formation after players had expended their energy in San José, and upon losing captain Jukka Raitala to a fractured fibula early in the second leg, it was unsurprising to see the Impact mitigate an in-form Saprissa with plenty of offensive prowess.

With the MLS season opener looming, the home team didn’t play a beautiful game, but demonstrated a resolute defensive effort that limited their opponent to only 2 shots on target despite having over 70% possession. Critics will say that it was a dull match for spectators, but with the men available, Henry’s tactics bought the Impact a ticket to the CCL quarterfinals against Olimpia, also underdogs who knocked off reigning MLS Cup champs Seattle Sounders.

One mission accomplished, attention turned to the MLS season opener against New England Revolution. Again, critics were quick to point out that Henry lined up 5 defenders despite having stated his desire to play exciting attacking football. Anyone who watched the match will know that wingbacks Jorge Corrales and Zachary Brault-Guillard spent a great deal of time running the corridors to support a wider attack.

Despite the Herculean defensive effort shown in Wednesday’s match, old ghosts continued to haunt the Impact. In the 12th minute, Impact boogeyman Teal Bunbury opened the scoring for the visitors as the hosts remained rooted to the ground during a Revs corner. The zonal defense approach is clearly a work in progress, and the number of aerial duels won by the Revs should prove cause for concern.

That being said, the Bleu-Blanc-Noir were able to make a set-piece count in their favour. A hero in San José, Romell Quioto continued to earn the affection of Impact fans as he scored off Joel Waterman’s header (after Maxi Urruti’s corner) in the 37th minute to level the score at 1-1.

Set piece defense could have proven fatal for the Impact, as Wilfred Zahibo thought he’d scored off a free kick in the 73rd, but it was VAR to the rescue as he was shown to be offside.

It didn’t take long for the Impact to take advantage, and it was from an unlikely source. Having seen two golden chances go unrewarded earlier in the match, Maxi Urruti planted an audacious chipped goal over Revs keeper Matt Turner to take all 3 points, with just a little luck at the end as Tajon Buchanan put a free header off the post. The subject of a massive amount of criticism last season with a mere 4 goals despite his TAM salary, Impact supporters will hope that finding the scoresheet so early is a sign of things to come for the Argentinian.

Did many expect such a positive start from the Impact? No. Are the Impact suddenly contenders for silverware? No. But does it look like players have bought in to what Thierry Henry is selling and are ready to battle harder than we’ve seen in some time? Absolutely. With the influx of youth and the enthusiasm that they bring, this could definitely be the start of a much more exciting era than onlookers might have thought.