Sunny Start For The Crew 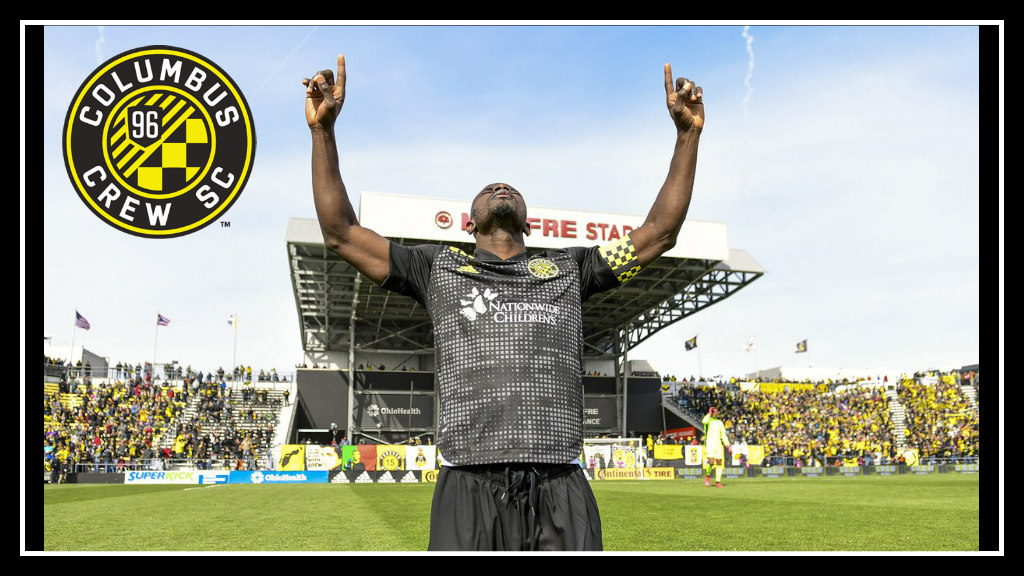 Starting the 25th season of Columbus Crew SC soccer was sweet with a 1-0 win against NYCFC on a sunny day in Columbus, Ohio. With many new additions to the Crew during the off-season, it was exciting to see what they would bring to the pitch.

The Crew kept the same starting line-up they played in their last preseason game against Houston Dynamo. Eloy Room was in goal, with Valenzuela, Wormgoor, Mensah, and Afful were the back four. Nagbe and Artur held the defensive center of the park while Mokhtar, Zelarayan, and Santos played in offensive midfield. The team was capped off by forward Gyasi Zardes.

The game took a quick turn when NYCFC’s final defender, Maxime Chanot, clipped the back of Lucas Zelarayan’s foot during a run toward goal, causing Zelarayan to fall. Chanot received a red card for the offense in the 3′.

At the half, the match was tied at zero despite some good shots by Pedro Santos. To be honest, it was easy to forget that Columbus was a man up even though NYCFC was never in a dangerous position offensively.

The second half was a little more fruitful for the Crew with Santos and Artur making quality shots on goal. In the 56′, the Crew’s biggest off-season acquisition, Zelarayan, put the Crew in the lead after some fancy footwork to avoid several NYCFC defenders.

Last season, the Crew tended to give away leads in the final few minutes of the game. While NYCFC never put too much pressure on the Crew’s goal, it was still nice to see the Crew able to complete the game with a win.

Thoughts About the Game and Team

It’s hard to get a sense of a team this early in the season, but I would have been really interested to see how this Columbus Crew team did against a full NYCFC squad.

I am very excited about the new players the Crew brought in during the mid-season last year and during this off-season. Each one that saw the field today had positive moments.

Despite my excitement about these new players, it was strange to not see Pipa or Wil Trapp on the pitch. It will be nice, yet strange, to see them when they play against the Crew later in the season.

I know many fans were curious to see if Pedro Santos would maintain the level of play he had last year. I thought he had a very solid first outing this season.

For those of you who missed it, this season Nationwide Children’s Hospital is the jersey sponsor of the team. I loved seeing this on the jerseys and am excited to get one of my own soon.

I think this Columbus Crew team has a lot of promise, and I hope they continue to fulfill that promise as they play the Seattle Sounders next Saturday.