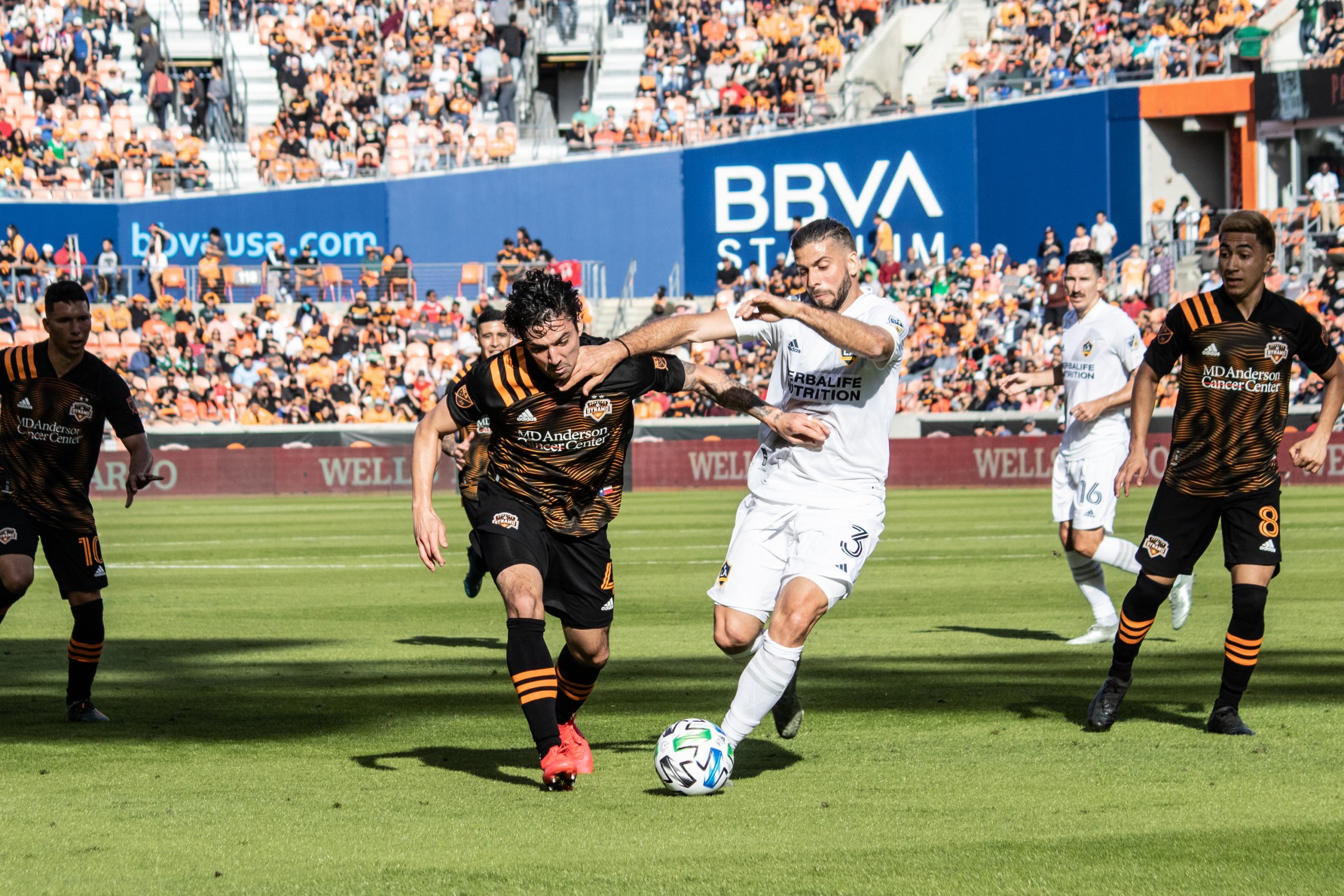 It’s really early in the season to be facing injuries, but the Houston Dynamo hosted the LA Galaxy without two of their expected starters to begin the MLS season on Saturday. The injury report looked grim going into DynamOpening day with both Alberth Elis and Darwin Quintero scheduled to be out against the LA Galaxy.

Elis is the club’s reliable playmaker, having scored or assisted in 40% of Houston’s 2019 goals. Quintero was one of Tab Ramos’s first and biggest signings coming from Minnesota with high expectations as a missing centerpiece for the attacking half.

Regardless of the team’s readiness, Houston soccer fans showed up in droves to welcome MLS back for its 25th season. While many considered the Galaxy’s Chicharito Hernandez to be the big draw of the day, BBVA’s crowd was painted with orange and black. Even fans who admitted to coming to see the popular Mexican footballer showed the home team respect by sticking to Dynamo colors.

The match was sold out, with a reported attendance of 22,039, the largest number that BBVA Stadium has seen in over a year. For its part, the Houston weather played into its stereotype, delivering above-average 75-degree weather despite the February date.

The match itself was an expected, physical bout between the rich, west coast superstars and their scrappy southern opposition, but the Dynamo held their own against the Galaxy. While they weren’t able to pull off a win, they completely shut Chicharito down and led the match in possession, passes, and accuracy – a feat in its own right against LA.

It was the Galaxy’s Pavon who sailed a monster shot over Houston keeper Marko Maric in the 13th minute to give LA an early lead. After what seemed like ages, Mauro Manotas was able to answer in the 54th minute – after Zarek Valentin fed him a beautiful ball just inside the penalty area.

While the first match of the season is no time to test the depth of your bench, Tab Ramos’s squad came through with an impressive finish. I’m excited to see what future matches with recovered players will show the Dynamo fanbase. The Dynamo travel to Sporting KC to see how Ramos’s new system stacks up in the midwest on Saturday, March 7.