For Better and Worse, MLS is Back: July 8 Recap 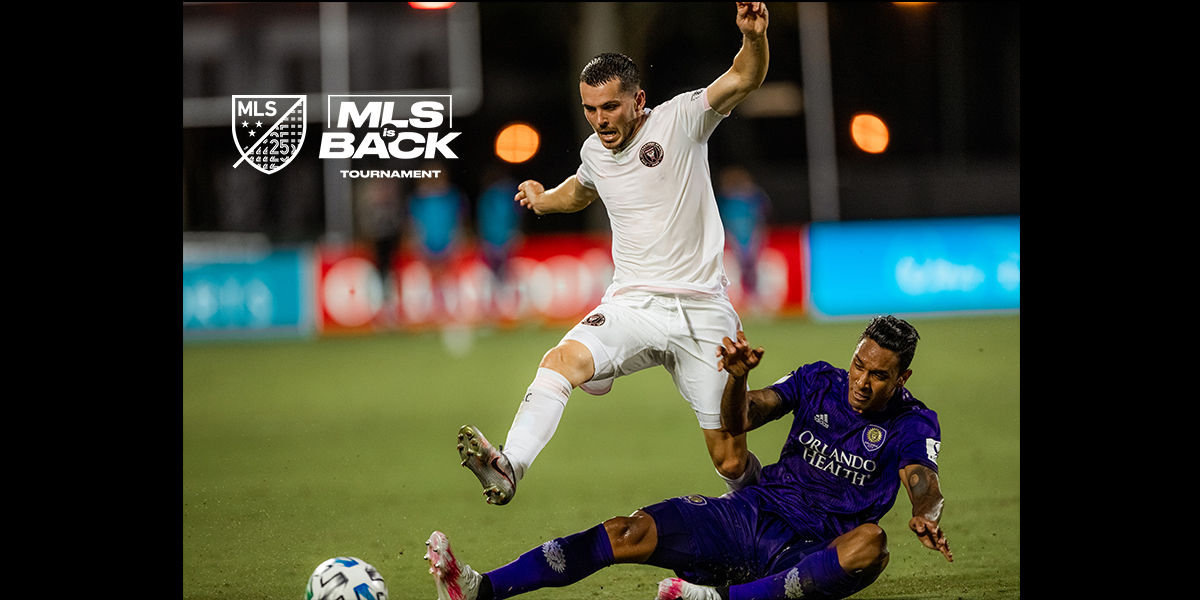 As the parent of a youth soccer player, the energy on the pitch going into the first match of the MLS is Back tournament was very familiar. Long summer and winter breaks create a build-up of energy, and the first moments back on the pitch are always filled with eager, nervous energy. This energy release has sometimes left one or more kids on the grass after an exuberant challenge.

Add to that energy the pressure of a professional athletic career, the threat of a global pandemic, social unrest in the country, and at least 123 days of a soccer season on pause and the opening match of the MLS is Back Tournament between “home teams” Orlando City and Inter Miami FC was bound to be a powder keg.

After a touching tribute from Black Players For Change* kicked off the evening, it was time for the teams to release the pressure valve.

The first half was full of big collisions and some nasty fouls as the teams navigated the unfamiliar play against actual opponents and loosened the joints on rusty formations. Neither team seemed to be playing toward a particular goal other than getting comfortable on the pitch while keeping the other side from doing the same.

Everything changed in the second half, however, as both teams came to the pitch with more focus and a clearer drive. It took less than a minute for Orlando’s Juan Agudelo to find the back of Miami’s net, scoring the first goal of the tournament in the 47′.

The pace of the match was interrupted just before the hour mark when an in-air collision between Orlando’s Dom Dwyer and Miami’s Andrés Reyes had frightening results. Reyes went down and appeared to struggle to catch his breath. After a few agonizingly long minutes, EMTs removed him from the pitch. Dwyer himself seemed shaken by the result and was subbed out a short time later.

After the restart, Orlando was able to even the scoreline with a goal from Mueller in the 70′. Just when it seemed that the opening match of the tournament was destined to be a draw, Portuguese playmaker Nani came through with the winning goal for Orlando deep into stoppage time, in the 97′.

While there has been a lot of controversy about the tournament and its staging in Florida, it was really good to see MLS back in action. And while fears for players’ safety has been constant for the past two weeks, such a significant injury in the first match was jarring. The situation in Florida is changing quickly as teams continue to report positive COVID-19 cases, and no one can say at this point how long the tournament will continue. As long as it does, however, you can expect to read all about it from Switch The Pitch.

* For more information about Black Players For Change, the MLS Black Players’ Coalition, check out our recent podcast featuring an interview with Kei Kamara: