MLS is Back, July 9: Philadelphia Union Best NYCFC to Take 2nd Place in Group A 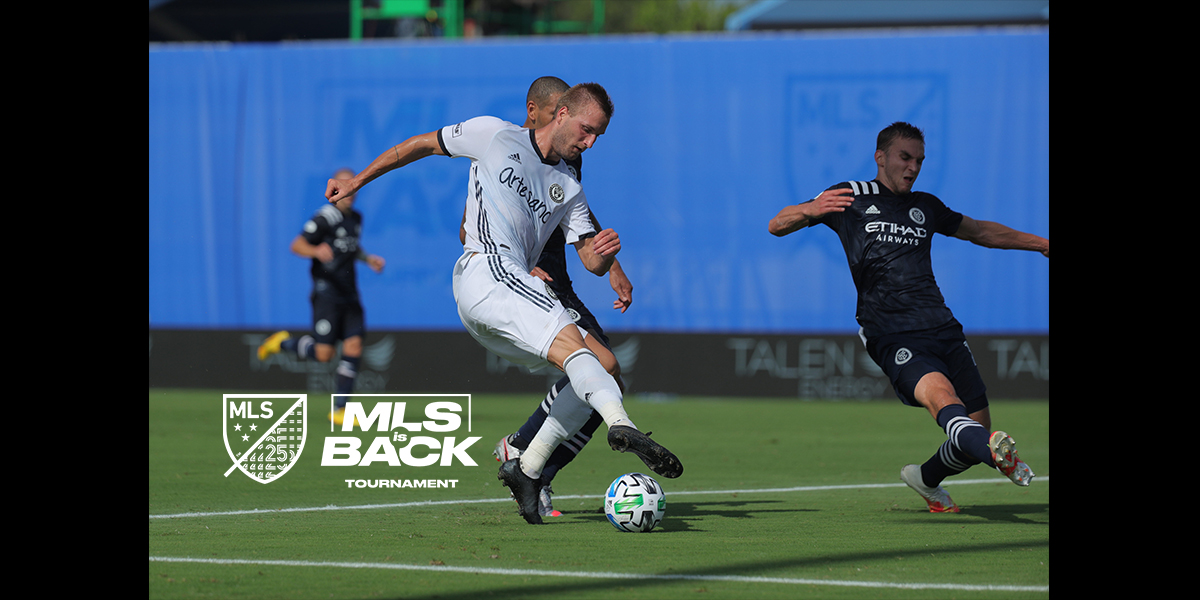 In the first 9 am kickoff in the history of Major League Soccer, NYCFC faced off with fellow tri-state opponent the Philadelphia Union. Odds and history were in favor of the Pigeons. But whether it was the heat, the early morning kickoff, or something else, it was the Union who came out on top.

The first half echoed the inaugural match between Orlando City SC and Inter Miami CF; a lot of possession, a lot of passing. And it was not without fireworks. Union players José Martinez and Jamiro Monteiro found their way into the books. But as the whistle blew for halftime, neither team had found the net.

Union captain Alejandro Bedoya, clad in a special armband in memory of black lives lost to police violence, broke the stalemate in the 63rd minute. He took advantage of a bumbled clearance, sending the ball across the face of the goal and past NYCFC goalkeeper Sean Johnson. Two more yellow cards– Anton Tinnerholm, 82′ and Jakob Glesnes 89′– made up the remainder of the action in the match. Despite six minutes of stoppage time as a result of two hydration breaks, NYCFC could not find the leveler.

The Philadelphia Union claims 2nd place in Group A with 3 points and +1 goal differential.

MLS Commissioner Don Garber has announced Nashville SC’s removal from the tournament in Group A. At press time, nine Nashville players had tested positive for COVID-19.