MLS is Back, July 11: First Double-Header Brings First Half Goals 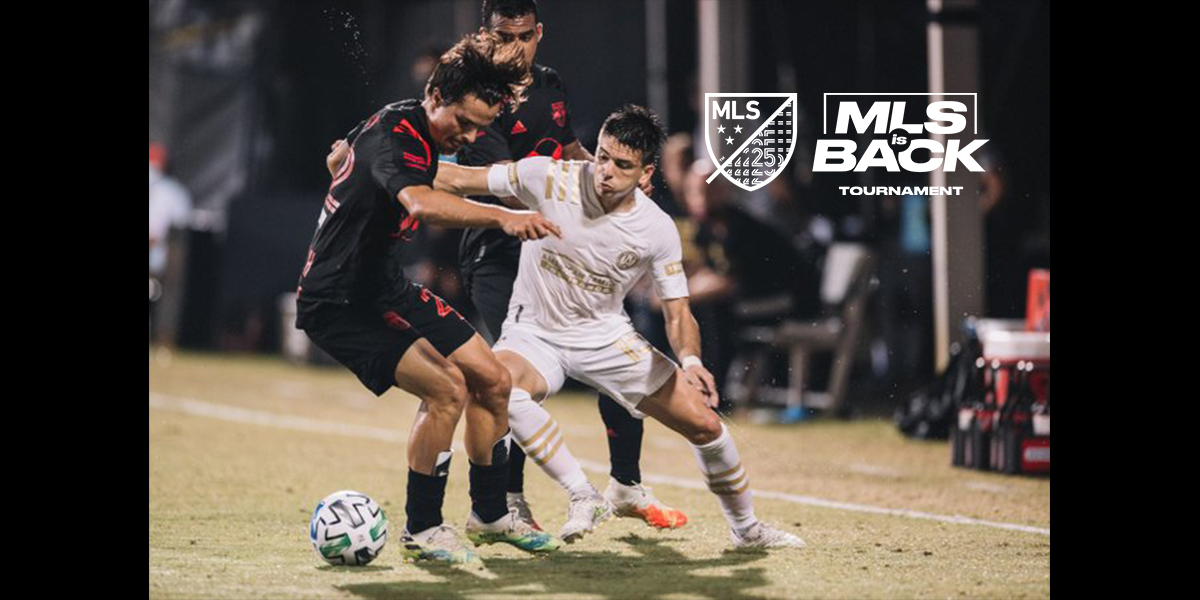 With the schedule changes due to dropped teams affected by the Covid19 virus, Saturday night brought the first double-header in the MLS Is Back Tournament. Fans ready for a full night of soccer had to wait just a little longer as the Florida weather brought a slight delay to the evening. The early match, Atlanta United vs New York Red Bulls was pushed back 45 minutes with the follow-up match between FC Cincinnati and Columbus Crew running a half-hour behind.

In the first match, RBNY took on Atlanta. The Red Bulls’ Florian Valot made an amazing run in the opening moments to score in the fourth minute, the tournament’s only first-half goal up to that point. His goal stood as the sole point in the match, and RBNY came out on top, beating Atlanta 1-0. Atlanta United booked more than twice as many shots taken but were unable to keep them on target or find the back of the net.

Both teams in the late match came out hot, but the Columbus Crew was the team able to convert that energy into goals. Two goals in the first half, from Lucas Zelarayan and Gyasi Zardes, gave the Crew a comfortable lead going into the half. Zardes continued the carnage in the second half with a brace in the 49th. Mokhtar made it 0-4 at the one hour mark, and Cincinnati truly felt the burn in this meeting of the Hell Is Real Derby.

Saturday’s matches may mark a turning point in MLS’s star-crossed tournament. The trepidation that brought slow starts in the matches so far seems to have faded, and the teams are really digging into the competition. These matches brought our first goals in the initial 45′ as well as our first tournament win with a lead larger than a single goal.

Of course, the danger of COVID-19 still hangs over the tournament like the Florida humidity, and it’s almost as likely that this is a thrilling finale instead of a new beginning. Regardless, it was the most exciting night of soccer that MLS has seen since the restart. We can only wait and see what Sunday’s later action brings as Group C has its next match – Toronto and D.C. – in less than 8 hours.