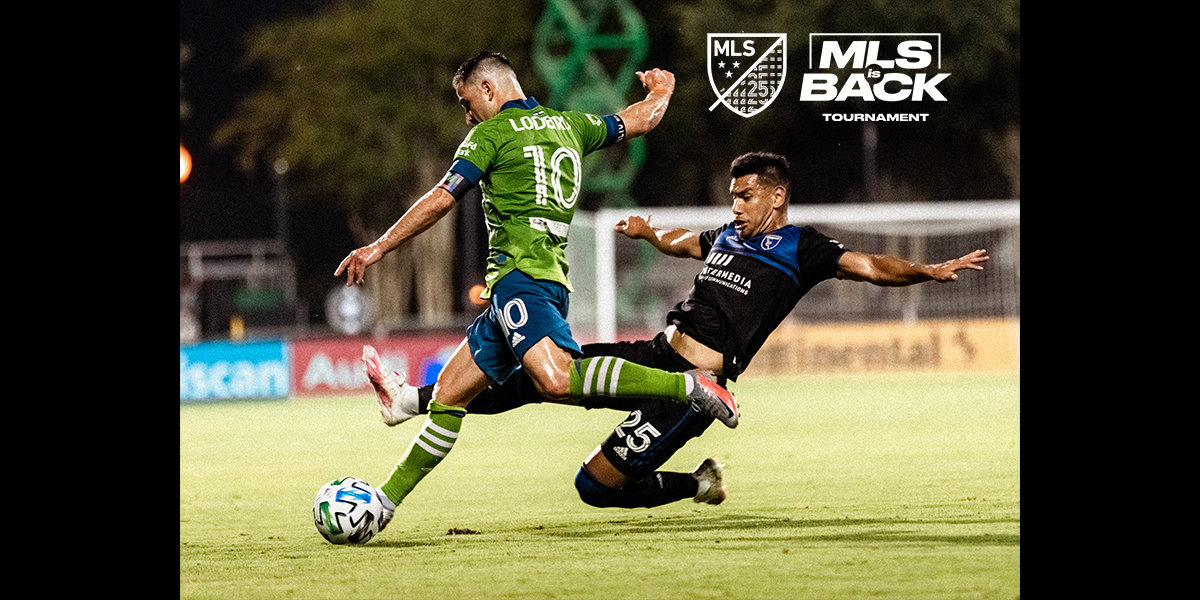 In the Friday night Group B opener, neither the defending 2019 MLS Cup Champions nor the San Jose Earthquakes could find the back of the net. Cramps, fouls, and keepers were the storylines of this game.

While captain Nicolas Lodeiro made his first team appearance of 2020 after missing the inaugural games (125 days prior), new designated player Joao Paulo was a surprise scratch due to a hamstring injury. To some surprise, Joevin Jones started the game on the bench with fan favorite Nouhou Tolo getting his first league start of the season at left back.

The second half was much of the same for both teams. The Sounders had a serious chance at a penalty shot that even commentator Taylor Twellman agreed should have been reviewed (oh, VAR). The Earthquakes forced several saves out of Stefan Frei and the Sounders returned the ask of Daniel Vega.

Both keepers were put to the test and able to keep their nets empty with a 0-0 scoreline at the final whistle.