MLS is Back, July 13th: Third Time’s the Charm for D.C. United and Toronto FC 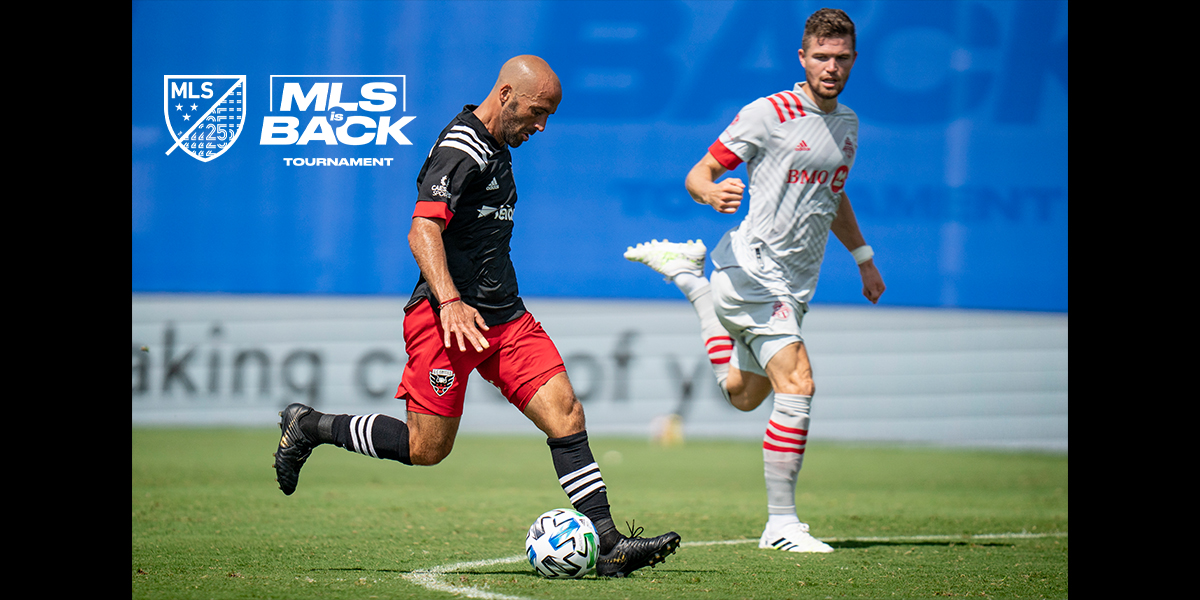 After two postponements and a litany of challenges, D.C. United and Toronto FC finally met on the field today at the MLS is Back Tournament. The first match of the group stage for both teams, the weekday early morning matchup saw tensions running high.

Toronto’s late arrival at ESPN’s Wide World of Sports, due to COVID-19 testing concerns, triggered the first match postponement from Friday, July 11th to Sunday, July 12th.  A positive COVID-19 test and an inconclusive test for D.C. and Toronto respectively led to yet another delay.

Toronto FC striker Jozy Altidore was not rostered for the match, boding well for D.C. United as he is key to coach Greg Vanney’s attack. Despite the Altidore’s absence, Toronto put up a dangerous first half against the Black and Red.

Goalkeeper Bill Hamid could be heard on the live broadcast shouting directions to his teammates; however, D.C. seemed unable to connect on the field, allowing Toronto’s attack to find plentiful opportunities. TFC forward Ayo Akinola scored consecutive goals in the 12’ and 44’, both assisted by Alejandro Pozuelo that placed D.C. in a dangerous position right before the half.

Things went from bad to worse for the Black and Red when Júnior Moreno was booked with a red card in the 45’ + 6’, sending D.C. to the half two goals and a man down. Toronto’s confidence carried them well into the second half, where they continued to dominate possession.

It would take D.C. coach Ben Olsen’s final substitution of the match in the 80’ to turn the tide. Veteran playmaker Federico Higuaín entered for Ulises Segura, and within minutes he scored the Black and Red’s first goal. With an assist from Felipe Martins, Higuaín took advantage of a moment of poor judgment from Toronto goalkeeper Quentin Westberg to chip in a shot in the 84’.

With D.C. United on the board and six minutes of stoppage time added to the match, Toronto no longer had a certain win in hand. Defender Fred Brillant capitalized on a set piece to find D.C. the equalizer in the 90’ + 1’ with a well-timed header off an assist from both Steven Birnbaum and Felipe.

After the final whistle, tempers flared between the two sides as a verbal altercation took place, fueled by the frustrations of the past few days over postponements and perceived disrespect. Both teams will have ample opportunity to blow off steam as they are slated to face their next opponents at the end of the week.

As a result of the twice-postponed match between D.C. United and Toronto FC, each team will have schedule changes for their next game: