MLS is Back, July 14: Seattle Unable to Make Classic Comeback in 2-1 Loss to Chicago 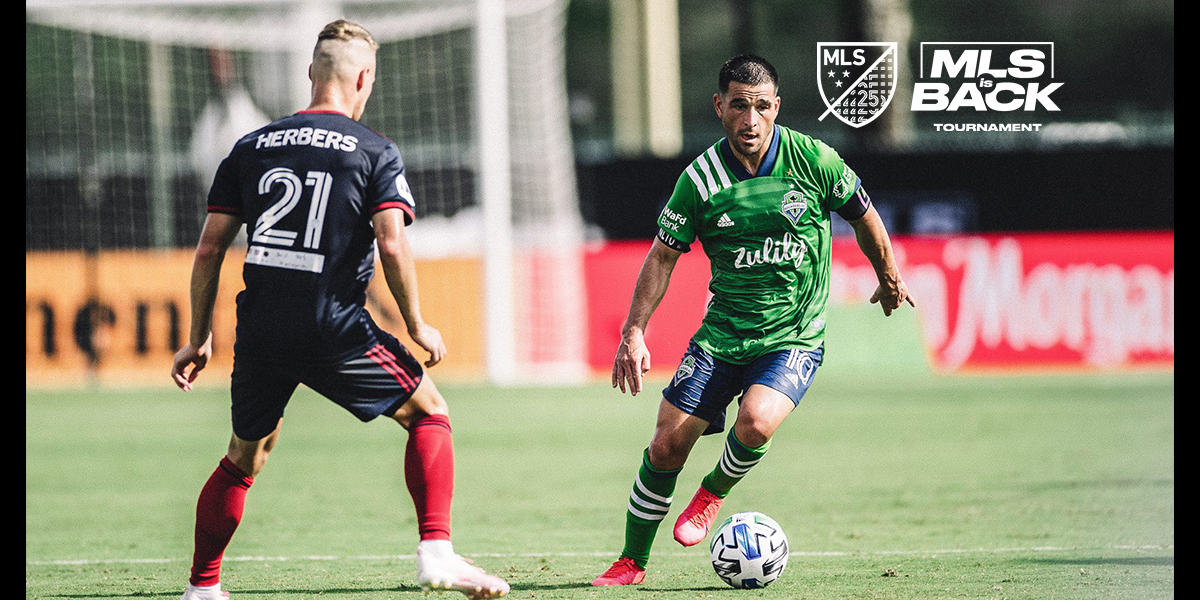 With their first game in the scrambled schedule of Group B, Chicago took all 3 points from the reigning MLS Cup Champions. After the first half ended without a goal, Robert Berić opened the scoring in the 52nd minute with an aggressive breakaway goal. Berić broke past both Xavier Arreaga and Yeimar Gomez Andrade to slot home the opening goal past Stefan Frei.

In the 77th minute, second-half substitute Jordan Morris provided a pin-point precise assist to Handwalla Bwana to level the score, 1-1. Seattle continued to press and maintain possession, but Chicago’s Mauricio Pineda powered home the game-winning goal in the 84th minute from a well-placed corner kick.

The final whistle blew with Chicago taking all 3 points in their group opener, while Seattle settled for 1 point from 2 games in a group they were widely considered favorites. With 1 game remaining in group play for the Sounders, their match against Vancouver has now become a must-win. And with just 1 game played in Group B, Chicago move swiftly to the top of the table.