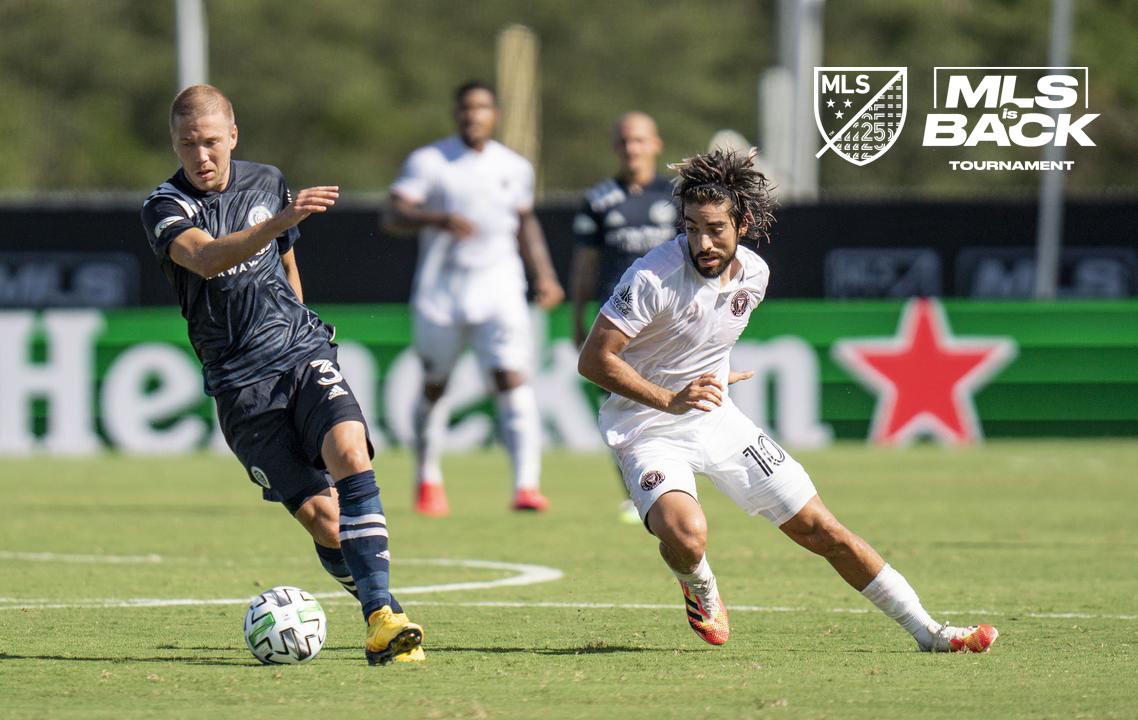 The first-ever meeting between New York City FC and Inter Miami CF could not have come at a more dire time. Both teams found themselves going into the match-up with zero points in the MLS is Back Tournament. Both needed to win to have a chance of advancing out of the group stages.

However, how each team arrived in a must-win situation could not have been more different. NYCFC has spent the last three seasons qualifying for MLS playoffs and placing high in the Eastern Conference. Inter Miami CF is this year’s brand new expansion team and is working through their growing pains.

The first fifteen minutes proved to be a stronger start for NYCFC, with greater possession and cleaner passes leading to more opportunities . NYCFC’s corner kicks were looking stronger with dangerous moments in the box. It honestly looked like the best soccer NYCFC had played since their game in Costa Rica. Inter Miami, in turn, created their own chances on the other side of the pitch.

After the 20th minute, however, the game became very choppy for both sides. Miami’s Agudelo picked up an unfortunate yellow card when the referee mistook NYCFC’s Callens’ simulation as contact on a challenge. A few minutes later, New York midfielder Sands tugged on Pizarro as he broke away with the ball, which also resulted in a yellow card. Chanot made a bad decision defensively in the 35th minute (netting a yellow card) that gave Inter Miami a dangerous free-kick, however, Sean Johnson was able to make the save. Finally, Miami’s Figal shoved Tinnerholm in the box and the last card was handed out before the end of the half.

At the beginning of the second half, Maximiliano Moralez was seen warming up on the sidelines after previous injury reports had listed him as potentially out for several weeks. Maxi’s assistance was desperately needed by the boys in blue as the team demonstrated their typical lackluster finishing. An hour into the game, NYCFC had 66% of possession, but only three shots and zero on target. Inter Miami showed a spark of life as Juan Agudelo slid a shot past Sands in the 61′. Unfortunately for Miami, Agudelo was ruled offside.

Finally, in the 64th minute, Mitrita floated a beautiful cross directly into the path of Tajouri-Shradi whose first touch was so delicate that he was able to slot it home for NYCFC’s first (and much needed) goal. Tajouri-Shradi’s goal provided the motivation NYCFC needed to build their attack quickly and execute accurate defensive plays. While they weren’t able to capitalize on a red card issued to Agudelo in the 90′, Tajouri-Shradi’s goal in the 64′ was enough for NYCFC to claim the win.

Inter Miami CF will not advance in the tournament. New York City FC is alive for now, but their advancement now depends on the performance of other teams in the league.