MLS is Back, July 19: Sounders Clinch Spot in Knockout Round With 3-0 Win Over Vancouver 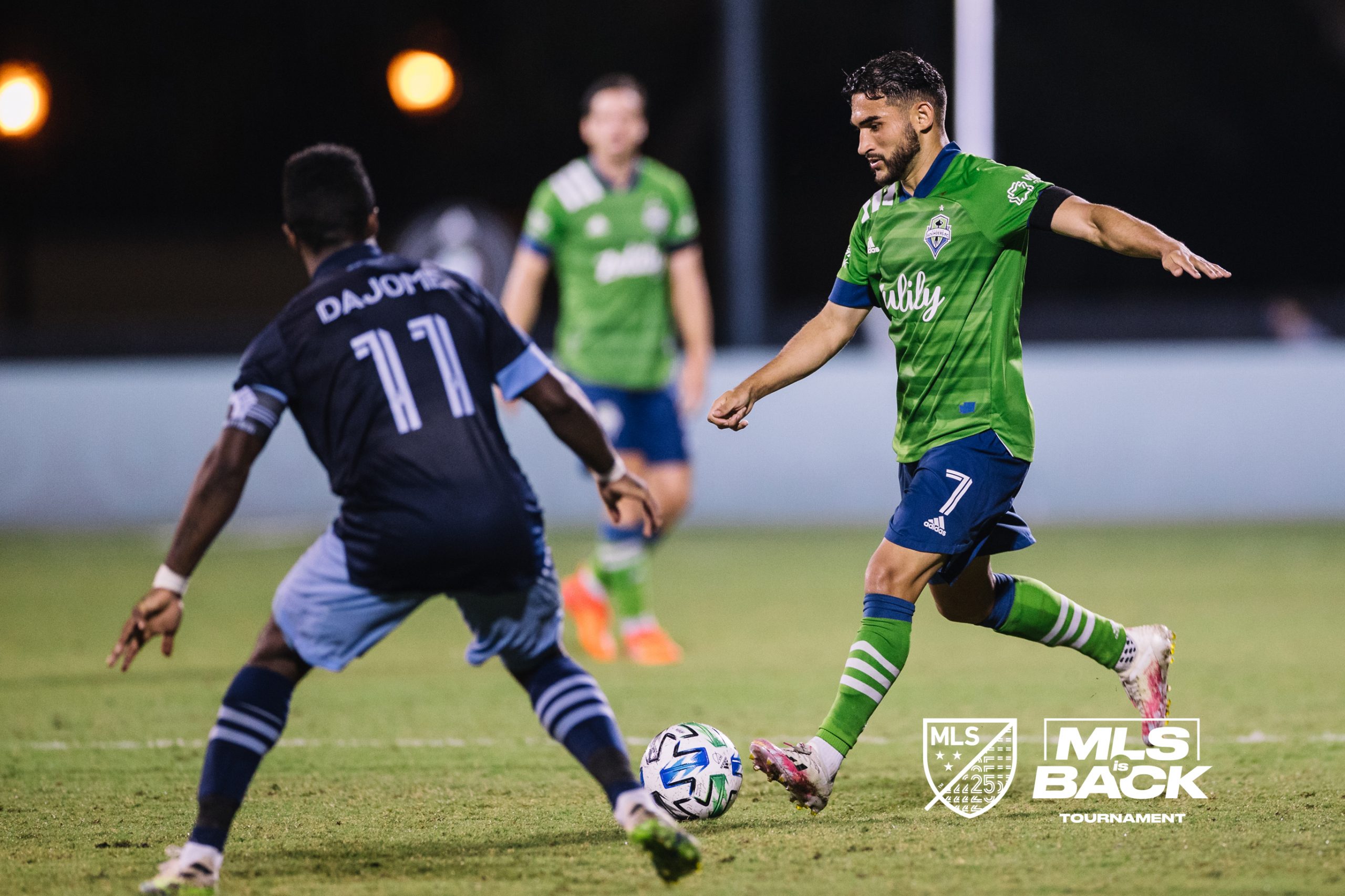 With their backs against the wall, the Seattle Sounders grabbed their first win of the MLS is Back Tournament on Sunday night against their Cascadia Rivals, the Vancouver Whitecaps. With only 1 point (and 1 goal) across their previous two games, this result was a must for the Sounders, who now sit in second place in Group B.

Seattle pressed heavily from the opening whistle, scoring a goal in the first 3 minutes that would be ruled offside by the line judge. Just 9 minutes later, Jordan Morris drew a penalty that Nicholas Lodeiro slotted home in the 12th minute., his first goal of the season.

Seattle kept up the pressure and found a second goal in the 34th minute when Jordan Morris turned on the jets to make a run on a perfectly weighted, chipped pass from Lodeiro. Shouldering off the Vancouver defender, Morris found the back of the net to score on his 100th team appearance for Seattle. In the 51st minute, Morris assisted Raul Ruidaz on his short-range goal. The striker had been held scoreless so far this tournament.

While the Whitecaps created solid opportunities throughout the match, they found themselves unable to convert, either shooting just off target or falling victim to Sounders goalkeeper Stefan Frei’s reflexes. Unfortunately, this was just the start of the trouble Vancouver would face.

The game was also marked by significant injuries, one to either team. In the 58th minute, Handwalla Bwana inadvertently stepped on Vancouver goalkeeper Maxime Crepeau’s hand, forcing the keeper to exit the game and the Whitecaps to sub on 21-year-old Thomas Hasal, who made his MLS debut. 10 minutes later, Sounder’s Xavier Arreaga took a strong shot from Jordy Reyna straight to the face and was forced to exit the game with visible concussion-like symptoms.

The Whitecaps make their final Group B appearance on Thursday vs the Chicago Fire at 6 am PST / 9 am EST. If Chicago wins that game, Seattle would next face the winner of either Group C or D in the knockout round. However, if Vancouver wins the match-up, Seattle will likely face either LAFC or the Portland Timbers in the knockout round.