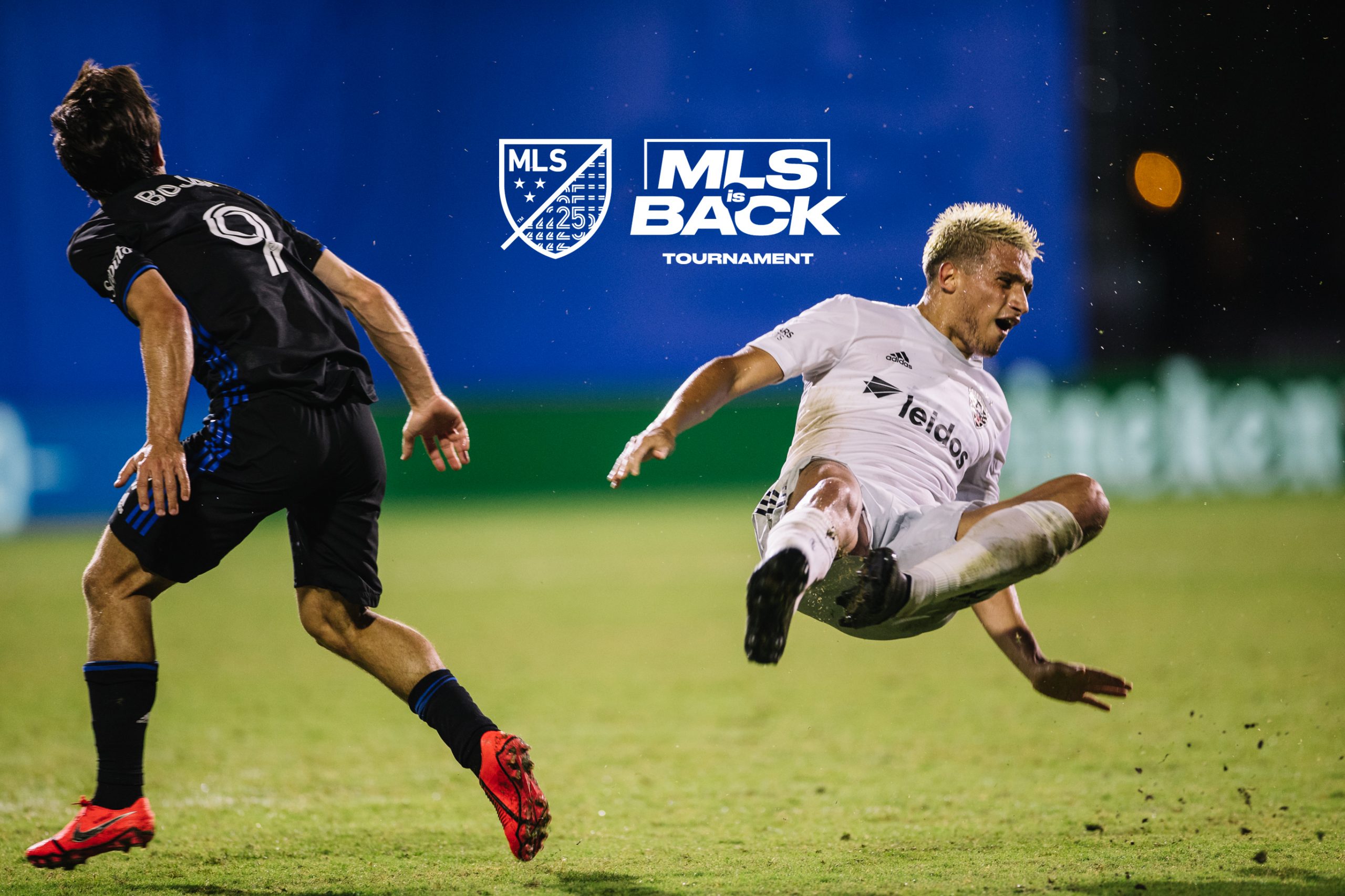 A physical late-night meeting between the Montreal Impact and D.C. United will see the Black-and-Red sent packing back to the District, eliminated from the MLS is Back Tournament. Neither Montreal nor D.C. had won a match in round 1 or 2 of the group stage, and a third-round win was crucial for either team to stand a chance at advancing.

Initially, D.C. was performing well in the first half, despite the questionable decision to play Ulises Segura and Felipe Martins up top. One reason for the shakeup to the Black-and-Red’s lineup – forward Edison Flores is sidelined with a hamstring injury (per Steven Goff of the Washington Post).

While the first minutes of the match had been promising for D.C., Montreal quickly dominated the run of play. Whereas Montreal worked together as a cohesive unit on the field, D.C.’s play became disjointed and sloppy. Perhaps the Florida heat and lack of rest were to blame, but breakdowns in communication on the pitch became a thorn D.C. wouldn’t be able to dislodge from their proverbial side.

About half an hour in, D.C. defender Fred Brillant sliced a dangerous ball back across his own goal, resulting in a Montreal corner kick. The Bleu, Blanc, Noir was able to capitalize on the resulting set-piece, and a further error by Brillant proved fatal for D.C. United. A deflection of the Impact’s Saphir Taïder’s well-placed kick off of Brillant’s right foot netted the ball directly behind goalkeeper Bill Hamid in the 31’. While the play initially appeared to be an own goal, Montreal’s Taïder was credited, as was Bojan on the assist.

Minutes later, in the 35’, Felipe Martins committed a foul against the Impact’s Wanyama that brought an outcry for the midfielder to be shown red. Instead, referee Alex Chilowicz and VAR Rubiel Vasquez maintained the initial judgment of a caution and Felipe remained in the match. As play took a decidedly chippy turn, Chilowicz continued to draw the yellow card from his pocket with veracity.

Heading into the half with a score of 1-0, the pressure was on D.C. to find two elusive goals. Although head coach Ben Olsen made no substitutions at the half, it wasn’t long before homegrown Kevin Paredes entered the fray in the 52’.

The 17-year-old Paredes created what was arguably D.C.’s best chance of the match so far, firing a left-footed shot in the 58’ that was saved by the Impact’s Diop. Paredes continued to make calculated attempts throughout the second half for D.C., however, Diop would prevail to maintain Montreal’s clean sheet.

Although the tournament has been brief for D.C. United, Paredes’s contributions on the field cannot be understated. The teen’s MLS debut has been one of the brightest spots of the Black-and-Red’s campaign.

Montreal’s Maximiliano Urruti created a dangerous chance on goal in the 67’, taking advantage of a corner and almost putting up the Impact 2-0, however the shot was deflected off the front post.

By the 69’ Montreal began bringing on fresh legs to continue their onslaught, and Orji Okwonkwo entered the match for Urruti. D.C. followed suit in an attempt to inject some energy into their lagging attack; in the 70’ Federico ‘Pipa’ Higuaín replaced Chris Odoi-Atsem and Ola Kamara came on for Yamil Asad. In the past two matches, Higuaín has been a key playmaker for D.C. and there was hope that he would deliver for the District against Montreal. Going for broke and using the last of his five substitutions, Olsen also sent in homegrown Griffin Yow for Segura and Oniel Fisher for Júnior Moreno in the 83’.

Unfortunately for D.C. United, none of the late substitutions would produce the much sought after goals. Montreal head coach Thierry Henry made only two more changes to his squad, bringing on Shamit Shome for Zachary Brault-Guillard in the 86’ and Anthony Jackson-Hamel for Romell Quioto in the 90’ + 1’; they would prove to be enough to keep D.C. at bay.

After seven minutes of stoppage time, the score remained unchanged from the 31st minute debacle that saw Montreal’s Taïder score the lone goal of the match. D.C. United will bow out of the tournament and head north while Montreal will remain in contention for a wildcard spot in the round of 16.

When asked postmatch where D.C. United goes from here, coach Ben Olsen simply responded, “We’ll get back to work.” The Black-and-Red certainly don’t lack the talent to make a comeback and reclaim their glory days, with talented youth such as Paredes and Yow boding well for the future of the club. Now, all D.C. needs to do is put the pieces together.